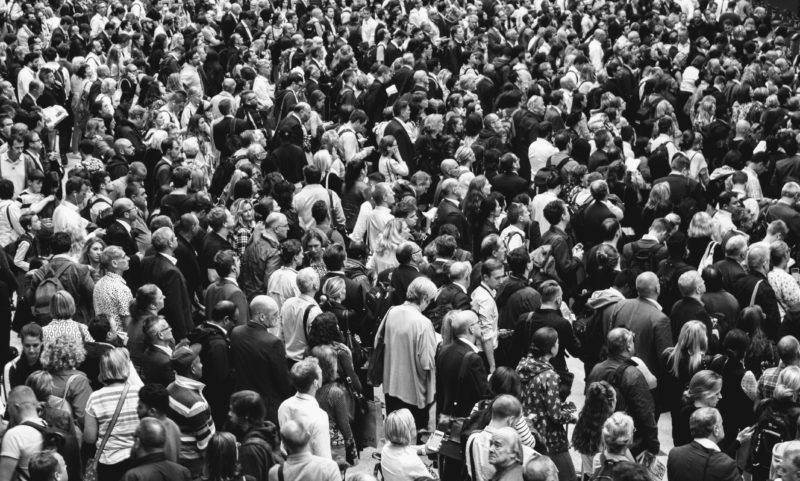 Given the huge proliferation of Christian denominations, I think we have fallen into the position of viewing the Catholic Church as simply the oldest and largest of them all.

It was in Antioch that followers of the “way,” as Acts calls them, were first named Christians. It is noteworthy that Christ was the title that referred to Jesus’s kingship as the anointed one or Messiah, who is Lord of all. Christians were likewise anointed into the Kingdom of Christ, accepted Jesus as their Lord.

St. Ignatius, bishop of the same city, writing close to the year 100, gives us the first recorded usage of naming the Church with the adjective “catholic”. Catholic means both “universal” and “whole” in Greek, meaning that the Church is not a secret or select group, but was founded by Christ to convey the fulness of truth and grace to all people without exception.

Ultimately, the Church is a mystical reality: Christ’s body, the gathering (ekklesia) of believers, visible and hidden, throughout the world. Though it is ultimately a spiritual reality, it has a necessary visible and sacramental presence in the world, unlike Luther’s contention. Vatican II’s constitution, Lumen Gentium, clarifies this:

“This Church constituted and organized in the world as a society, subsists in the Catholic Church, which is governed by the successor of Peter and by the Bishops in communion with him, although many elements of sanctification and of truth are found outside of its visible structure. These elements, as gifts belonging to the Church of Christ, are forces impelling toward catholic unity.”

The Catechism clarifies this further, noting both that “through Baptism we are freed from sin and reborn as sons of God; we become members of Christ, are incorporated into the Church and made sharers in her mission” (1213) and also that “Baptism constitutes the foundation of communion among all Christians, including those who are not yet in full communion with the Catholic Church” (1217). It also quotes another Vatican II document, Unitatis Redintegratio: “For men who believe in Christ and have been properly baptized are put in some, though imperfect, communion with the Catholic Church. Justified by faith in Baptism, [they] are incorporated into Christ; they therefore have a right to be called Christians, and with good reason are accepted as brothers by the children of the Catholic Church.”81

There is only one salvation offered to us by Jesus. We cannot set up our own legitimate structures, even if many have tried. There are not different baptisms and different Christian faiths. If we receive God’s life through faith, it is through the one Church, which, as Paul clarifies, comes to us from “one Lord, one faith, one baptism, one God and Father of us all, who is above all and through all and in all” (Eph 4:5-6). The Church, therefore, is meant to extend to and serve all the baptized, who are children of God.

Aquinas uses the analogy of human life when speaking of the sacraments. Applying this analogy to our fellow Christians, there are some who are born into the Church, but do not sacramentally receive the maturity (through Confirmation) and sustenance (from the Eucharist) and healing of sickness (in Confession and Anointing) through the continuing reception of the sacraments. Although they may not receive the fulness God intends, this does not mean they do not mean that they are not Christians and are not in imperfect communion with the Church.

Pope John Paul II seemed to realize this problem when, after affirming the necessary role of the Pope in governing the Church, asked other Christians to help him in exercising his role of primacy to foster unity. He asked other leaders and theologians, “to engage with me in a patient and fraternal dialogue on this subject, a dialogue in which, leaving useless controversies behind, we could listen to one another, keeping before us only the will of Christ for his Church and allowing ourselves to be deeply moved by his plea ‘that they may all be one … so that the world may believe that you have sent me’ (Jn17:21)” (Ut Unum Sint, 96).

Membership in the Church is a mystical reality, conferred by Baptism as a gift of God. The Church is not a voluntary organization, like the Rotary Club, where membership can be requested and revoked in procedural fashion based upon our own will and desire. Those who consider themselves to have left the Church still bear the indelible mark of the sacraments in their soul, which unites them to the Church. Pope Benedict removed language from the Code of Canon Law about leaving the Church by “a formal act.”

Many other Christians consider the Catholic Church to be a denomination, or even a sect or cult, but we cannot fall into sectarianism in the way we think about ourselves or our relation to other groups. We cannot have a narrow view of the nature of the Church and of God’s plan. The word “Catholic” is meant to be an adjective, not a noun. We are not a denomination which goes by the name “Catholic,” but are members of the Church of Christ who have a mission to bring the “fulness” of God’s plan to “all” people.

In order to fulfill the universal (or catholic) nature of God’s plan of salvation, it would help us to stop viewing ourselves as one sect against others. It would also help us to view our fellow Christians as members of the one Church who are suffering from the scandal of division that keeps them from full unity with the Church. We should not accept the temptation to view other Christians as members of competing groups, although both sides may have viewed it this way for centuries. This will require moving past our common way of thinking about the Church in relation to other Christians. If Catholics possess the fulness of truth and grace, then we should rise above sectarian division and offer the truth in love, as servants not as competitors; not as ones lording over an institution; not as factions vying for influence and power. It may help us to return to viewing ourselves as members of “the Way,” who have placed ourselves under the lordship of Christ, and who spread this Kingdom our of love and with humility.

catholicChurchdenomination
10 09 2018
Back to all articles