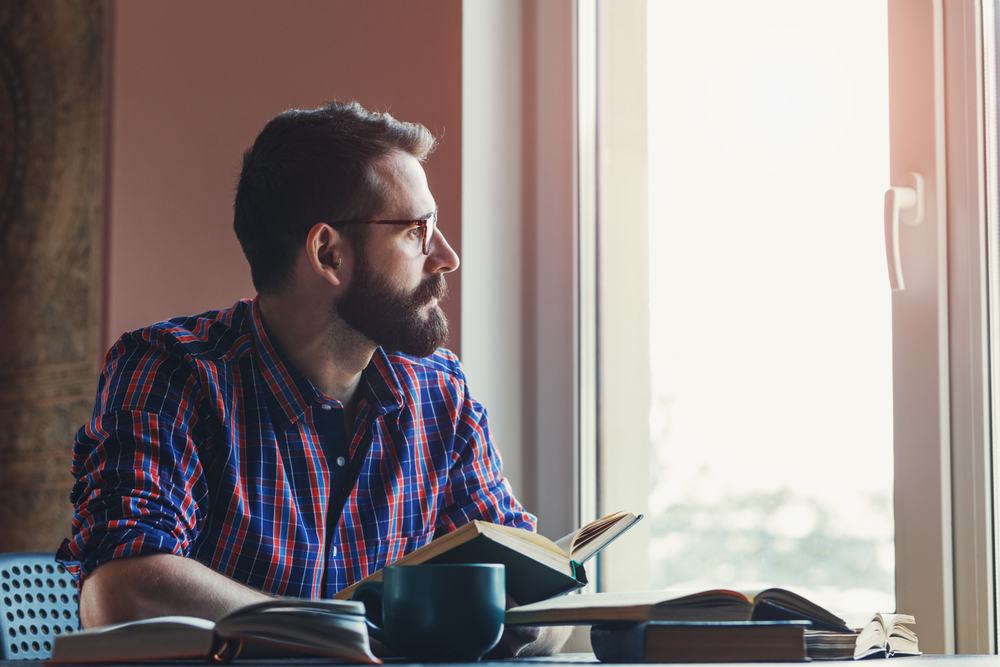 My second daughter is due to make an appearance in the world this summer. I am ecstatic. I am also afraid. This makes me the father of, so far, two daughters (and one son!). I am excited because having a daughter is a special privilege. The duty I have as a father is unreal. My impact on these girls will shape so much of their lives – their confidence, their insecurities, their self-perception, their understanding of love, the man they may end up marrying. I am scared because I know the culture in which we live is not a friend of my worldview. This culture sexualizes women, and at the same time seeks to reduce the innate role of men. It is even seeking to eradicate gender completely. Perhaps it’s time Christian men rally to help our society.

I have been working with college and just-post-college age men for over 15 years. I have spent a lot of time trying to figure out how to inspire and form them, and how to inspire and form myself, as a Christian man. I have seen men reject opportunities to grow in their faith more than I have seen them say yes. I have also noticed a plethora of decent men failing to actually do much good; I was there once. Yet, I am still convinced that if men would rise to the role God has given us, the culture (and the world for that matter) would be a different place. If men do what men should do, the majority of our issues disappear. Maybe we don’t, because we aren’t sure what that is.

“The Lord God took the man and put him in the garden of Eden to till it and keep it” (Gen 2:15, RSV translation). At first glance, it sounds like God asked Adam to be a farmer – to till and keep a garden. While that might have been part of it with the command, the Hebrew word used here can mean much more than first glace. The word used is “shamar”. It is a cool word. It is a strong word. God asked Adam to “shamar” the garden of Eden. Other translations of this term can be “to guard, to defend, or keep watch.” In fact, if you look at the very next place “shamar” is used in the Bible, it is in Gen 3:24 – “He (God) drove out the man; and at the east of the garden of Eden he placed the cherubim, and a flaming sword which turned every way, to guard the way to the tree of life.” A massive angel with a flaming sword was sent to “shamar” the way to the tree of life. That angel wasn’t there to grow crops. He was there to guard and defend. That is intense.

Apply that image to Adam in the garden of Eden. Was he supposed to be protecting the garden and his bride from the serpent that snuck up on her in Genesis chapter 3? What if he was standing by her with a flaming sword and a chip on his shoulder? Maybe no one eats the apple?

Here is my point – God gave Adam, the first man, a particular role: guard and protect the culture and his family. That role extends to each and every man, as sons of Adam. He gave us testosterone for a reason after all. I believe many of us don’t recognize this as our role. In fact, as I mentioned above, the culture is trying to strip away any unique role of we have in our culture. So what happens? I think a lot of us just go on autopilot. We are confused as to our role in society. Because of that confusion it is easy to just “play”.

It is so important that we, as men, know our mission. If we don’t, we do one of two things: nothing or the wrong thing. One of our roles is to “shamar” the culture and our families (if/when we have one). What does that look like? Three quick aspects:

We live in a very interesting time and place. Our moral compass is broken. It is a time when Christian men everywhere need to stand together and seek change. Let’s engage society, take responsibility and grow together. If we do these things, we can become leaders of men and agents of change. It starts here and now…with you and me.

masculinityprotectorresponsibilityshamar
04 06 2016
Back to all articles

Be The Custodian of Your Baptism