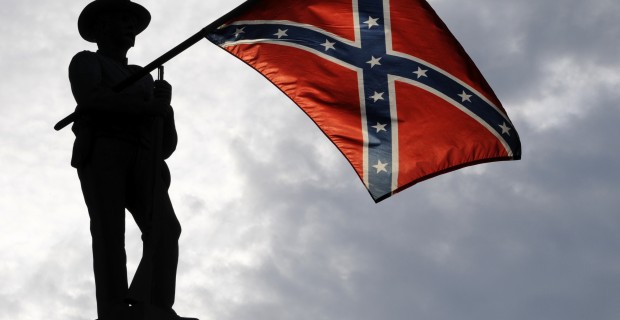 Amidst a tragedy like the shootings in South Carolina, the facts of a horrific event can never equal the media’s desire to broadcast for hours.  And I don’t blame the media for this.  This is understandable.  Once the facts are correct (and I think the media is reporting the facts accurately) the only way to elongate a story is to move from facts to morality.

In the realm of morality, one can either impute individual evil or corporate evil.  In regards to individual evil, both Fox News and CNN are in agreement on this:  What Roof did was wrong.  End of story.

So, to broadcast over 10 hours a day on an extremely evil act that lasted less than 15 minutes, the media must move from facts to individual evil to corporate evil.  That means that a large-scale, racist entity must be offered to the American public as the real enemy.

I am not against this either, although I believe individual sin needs to be considered first.  The media has chosen the Confederate flag as the pressure-release valve for the imputation of corporate evil in regards to the Emanuel Church shootings.  I’m actually not going weigh-in on the Confederate flag during this post.  But I will say that the imputation of racist-evil upon a corporate entity can either be a real enemy or a red-herring.  I have not studied the history of the Confederate Flag enough to know which it is.

But I will say that if we must move from the individual sin of racism (Roof) to the corporate or social sin of racism, there is only one organization still industrializing an organized, American-wide targeting of African-American citizens:  Planned Parenthood.

Before you think this is bringing partisan politics into a national tragedy, just consider the facts:

This is not a question of a tasteless introduction of abortion into a national tragedy.  We’re talking about a continued mass genocide of the black people in this country that is diabolically targeting them.  The final proof of this comes from Ruth Ginsberg, the most radical advocate of abortion in the history of the Supreme Court.  In 2009 she said the following to the New York Times:

“Frankly I had thought that at the time Roe [vs. Wade] was decided there was concern about population growth and particularly growth in populations that we don’t want to have too many of.”