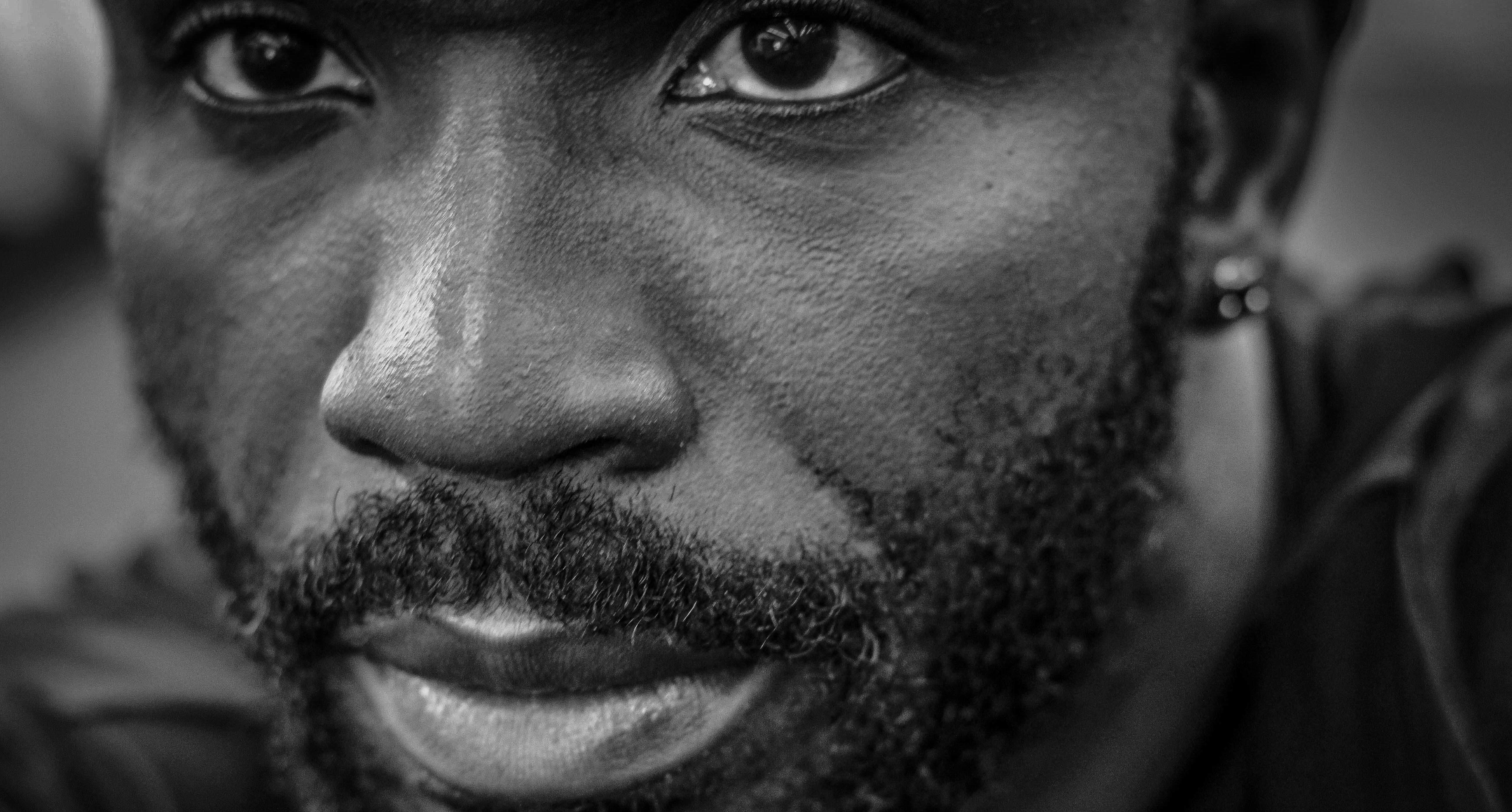 Race relations in the United States are, I think, worse than they have ever been in my lifetime.

Writing for The Century, back in 1884, one George Cable, a southerner and a veteran of the Civil War who had traveled around the country, decried the segregation of blacks and whites in schools and on public conveyances as hard-hearted and plainly unjust.  He recounted several incidents that should rouse righteous indignation in any true Christian heart.  One time, a mother and her young daughter, dressed tastefully in plain muslin, had to ride the “colored” car on a train, when that car stopped near a prison and took on twenty ruffians in chains, white men of the most offensive language and demeanor; the woman and her daughter spent the rest of their journey in silent horror.  Another time, a black minister sat in the car for whites, and when he refused to leave, some of the good old country boys gave him a terrible thrashing.  This, said Cable, was reported by the editors in the Selma, Alabama newspaper, with jaunty approval, as the editors wondered whether the man of God would be in condition to ascend the pulpit the next Sunday.  From then on, Cable had a target on his back.  He was accused of betraying his native land, of not knowing what he was talking about, and of ignoring what was called the “race instinct,” that is, an instinctive desire of people belonging to a certain race to associate with one another almost exclusively.  Cable returned fire.  What interests me most about the controversy is what is missing.  Both Cable and his interlocutors assume that American blacks needed to be raised up in educational and cultural attainment.  Both assume that interracial marriage is out of the question.  But not one of them says that blacks are more likely than whites to be violent or to be lawless in their sexual habits.  Cable expresses the general sense of it, that blacks are “gentle people,” and that makes it even more obnoxious to make them cede pride of place to whites of any moral condition whatever.  When Martin Luther King cried out that he wanted to see an America wherein a man would be judged not by the color of his skin but by the content of his character, he was saying something that Cable had said long before; and both men were confident that the black man would pass that test admirably.

I do not think that Cable was romanticizing the American black.  At the turn of the 1900’s, almost every black child was born within wedlock, and this was so despite their abject poverty in many rural regions of the south.  The Sexual Revolution would accomplish what slavery and manifest injustice and poverty could not – the disintegration of the black family.

I don’t generally put much stock in what a Hollywood director tries to show us about anything political, but sometimes they tell a truth as it were by the way, as something that anyone alive at the time would take for granted, being readily available for observation.  A typical example of how blacks are portrayed seventy five years ago provides a poignant climax for Preston Sturges’ superb screwball comedy, Sullivan’s Travels.  Sullivan (Joel McCrea) is a director of comedies who wants to make a socially relevant film, to be called Oh Brother, Where Art Thou?  After a long series of misadventures he ends up in a rural southern prison, charged with having murdered – himself, as it turns out.  But one night the prisoners are to be given a special treat.  They are going to a movie, which will be shown on a makeshift screen inside a black church.  The preacher and his congregation are all there before the prisoners arrive.  He says to his congregation that they are going to enjoy a film, and that they are going to share it with some of the poorest of their brethren.  But they must not make them feel uncomfortable, he says, because all people are precious in the eyes of God; they must rather make them feel welcome.

Then the prisoners, chained by the legs, come straggling in, while the minister, a basso profondo, leads his people in the most moving rendition of Go Down, Moses that you will ever hear.  The film they see, by the way, is but a Walt Disney cartoon featuring the dog Pluto; and all the people roar with laughter, with Sullivan, at first unwillingly but then freely and happily, joining in.      That minister was courtly; and I have met elderly black men and women who show what in our time is a rare gentility and grace of manner, yet as far removed from the snobbishness of wealth and education as it is possible to be.  Such people are at once self-collected and friendly, and Christian to the roots – tenacious and earthy roots, to be sure.  They are everywhere to be found in southern literature, nor are they presented as glossy ideals, but as real people that the (white) authors knew very well: Dilsey in The Sound and the Fury, Berenice in The Member of the Wedding, the chivalrous Tom Robinson in To Kill a Mockingbird.

Then came the Sexual Revolution.  Back in 1993, Toni Morrison could say with a straight face that Bill Clinton was the first “black” American president, because he grew up in a broken family, with his mother and an alcoholic and abusive stepfather.  Morrison is a feminist, and that for her is the ace of trumps.  It is the rare feminist who will trouble to consider anything else besides the promotion of women’s material and political prospects.  Those must come first, or first and last and everything in between.  Only a few feminists demur, and for these few, such as Elizabeth Fox-Genovese and Christine Hoff Sommers, we must be grateful, especially because their sisters inevitably attack them like underfed cats in an alley.  If feminists could be moved a moment or two by the calamity that the black family has suffered, they might question whether it was right and just after all to blame all evil upon “the patriarchy.”  If it’s anything that young black men have known little to nothing of, it’s patriarchy.  We might reason this way.  Black lives matter, because all lives matter.  Blacks are our brothers and sisters.  Because black lives matter, the lives of young black men matter.  Because those lives matter, black families matter, especially those in which the young black men will learn the dignity and self-possession and grace that their forebears once retained in the teeth of maltreatment that is now everywhere illegal and abominated.  Because those black families matter, black fathers matter.  But black fathers matter not because they are black, but because they are fathers.  Fathers matter.  Mothers also matter, deeply, powerfully, but that is not at issue here.  Every single social, educational, and political innovation in my lifetime has struck at the heart of the family by undermining motherhood in its practical expression (for instance, by replacing a mother’s love with the functional relations of a day-care asylum), and by subjecting fatherhood to hatred and contempt.  The father is the “strong man” who must be bound if the thief is going to ransack the house.  Everywhere from San Francisco to Provincetown we now pretend that fatherhood is of no consequence; two women do just as well, or a single mother, or a series of caretakers; whatever.  It is a colossal lie.

A man can say to another man’s face that he is wrong and that he has to mend his ways, and the confrontation, far from ruining things between them, can be the seed of a friendship as strong and enduring as steel.  A man can hold another man to standards that seem unfair or even impossible; drill sergeants and football coaches do that for a living, and so did ministers, once upon a time.  But who will do such things now?  Americans, black and white, are coarse, lecherous, loose in speech and demeanor, careless of the common good, slack in raising their children, ignorant of arts and letters that give polish to people without the Scriptures, ignorant of the Scriptures to boot; puritanical but not clean, judgmental but not perspicacious, self-absorbed but not self-examining, avaricious but not frugal, politicized but not public-minded, preaching tolerance but as touchy as sensitive-plants, tattooing themselves like sailors but not able to tell north from south.  Ministers who might speak are cowed into submission by agents of the government, or by the women of compromised families who do the bulk of the church’s daily work.  The others have learned to love the bomb and its destruction.  If they worship at all, they worship a girlie Jesus, no Lord but a lady, a delicate fellow whose anger was reserved for people who weren’t sufficiently nice.  Meanwhile, the economy floats, but the hull has been breached and the vessel is taking on water.  Christian men of honor, white and black, might have risen to meet the crisis when it must comes.  I think that there are still quite a few such men in America, but absolutely no public institution is set up to let them do the necessary work.

It is not, as the saying goes, to rearrange deck chairs on the Titanic.  It is to be hosting, on the Titanic, every conceivable form of social dissipation and sexual confusion, in one ballroom after the other, while towing an ice-breaker, and keeping trammeled up in the brig the only men who could run her and cut the threat to shards and splinters while it is still possible.

Dr. Esolen teaches Renaissance English Literature and the Development of Western Civilization at Providence College. He is a contributor to Crisis Magazine, and the author of many books, including The Politically Incorrect Guide to Western Civilization (Regnery Press, 2008); Ten Ways to Destroy the Imagination of Your Child (ISI Books, 2010) and Reflections on the Christian Life (Sophia Institute Press, 2013). His most recent books are Reclaiming Catholic Social Teaching (Sophia Institute Press, 2014); Defending Marriage (Tan Books, 2014); and Life Under Compulsion: Ten Ways to Destroy the Humanity of Your Child (ISI Books, 2015).