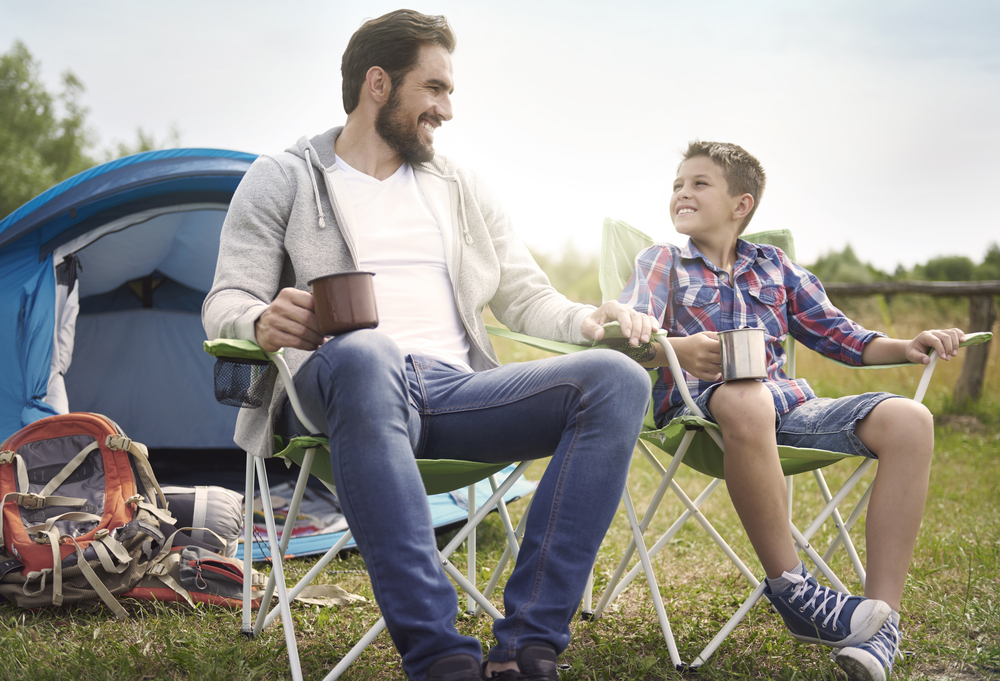 Be forewarned. If you decide to deepen your fatherly identity in some form of mentoring it will not just affect young people. It will also have a profound effect on you.

Why? Firstly, you are making real and explicit your core identity as a man, which is a father. Fatherhood is matured masculinity, which has been passed on through fathers before you and is now given to the next men. The selfish man is ugly and boyish because he continues to act as a child. He seeks only his own needs.

As you mature from the realm of the boy, you become a brother with those around you, strengthened by those who are on the same path. You march shoulder to shoulder with them building a bond that will endure into eternity (in Christian brother-hood, that is).

But as you mature you realize that you now carry the weight of passing on that masculinity. You are the father now. This is what the sonship and brotherhood was preparing you for; to pass on the tradition and to extend the kingdom that was extended  to you. Fatherhood and tradition are inextricably linked, because they are both a living reality that is given, received, and passed on.

This turning of the man’s heart to the son as a father is also a maturing of the person out of themselves. People have been giving life to you, and in your youth you work in many ways solely for yourself. Now you have a posterity to give your life to. You are no longer poured-into nor building wealth for yourself or for your own sake. Rather, like Christ, you are pouring out your entire self to and for others. This happens in a beautiful way in biological fatherhood, when a man’s life is given over almost completely — diapers and vomit at night, Band-Aids and timeouts in the day, and worry when they’re gone. But it is also true, though in a less concentrated way, with mentoring, coaching and apprenticing the young. You sacrifice your own time completely for the sake of the next generation. Assuming your humility in the act, it is truly fatherly.

Your glory as a father and mentor, then, is not locked within you but emanates outward – if there is no emanation of your own masculinity then it is likely you lack maturity and self-mastery (only the one who is master of self can give self away in love). This is an image of God the Father. He gives His entire love to the Son, and the Father’s glory is in Him. Venerable Fulton J. Sheen describes it well:

As the Son is the Eternal Image of what the Father knows Himself to be, so, in the human order, God wills that an earthly father should know himself in his son, which explains the pride of the father in his son. Whatever glory the son has, is the father’s glory. “That is my boy.”

A real man “knows himself ” not in the mirror, but in his image reflected in those he fathers and mentors.

We must note here, however, the horrible distortion of masculinity in the cases of neglect or abuse, when a father’s selfishness dries up or robs the life of the son. But such men are incomplete; they themselves have not been called out of themselves. They remain in the prison of ego. And while we always acknowledge the individual’s personal responsibility, we must also see holistically and acknowledge the interconnectedness of their condition with their own fathers and their father’s father. No matter the age, they are probably mere boys on the scale of maturity and are in desperate need of a fatherly challenge or even rebuke. Sometimes the reality of becoming a father is just the thing to snap such men out of their stupor. We need also to extend the analogy of a father withholding life by abuse or neglect to ourselves and to the conditions of the Church that is so lacking in fatherly love and attention.

To think further of how the acts of fathering and mentoring mature a man, consider that we only call God the Father a “father” in relationship to the Son. Prior to the coming of Christ the image of God as Father was primarily symbolic. He planted the seeds of life as a father does.

This is true of men, too. They often think of some sort of ideal of themselves as a father. But it is only with real relationships that the maturity of a man’s fatherliness will come out. It is only when they are actually engaged in this role; it is only when they see the eyes of the young looking to them for guidance or even protection that they sense they are fathers. If to be a man is to be like Christ, then to be a man fully is to be a father in some way.

In Fraternus, the Catholic mentoring organization that I work for, we frequently hear from men and their wives about the impact the program has not on the boys but on the men. One man even said “Fraternus saved my life.” It wasn’t the program itself but the realization of his own sonship in God and his fatherliness that came out when he became a mentor rooted in prayer.   Giving away your masculinity in the spirit of fatherhood is essential to natural and spiritual maturity.  So many men’s groups stagnate because of an ineffective challenge to self-gift.  And not just a self-gift in some sort of service (like raising money or building something), but in the interaction with persons and direct mentoring.  In the world of Protestant men’s ministry they call this stage the “Sage” age (based off the popular books by John Elderidge).  A Sage is one that intentionally and actively helps young men navigate to maturity.  We have an overwhelming lack of lay sages in the Church today.

Boys especially need the love of fathers and mentors to have their identities and calling revealed and affirmed.  It is not, despite constant accusations, creating some sort of inflexible pattern of maleness and making boys live that way.  No, it is not “act this way”, but “this is who you are.”

If you’re a part of a men’s group that is going through the classic “what now?” point, consider mentoring.  So often I hear men say after being a part of a men’s group or going on a retreat, “I wish someone would have told this to me when I was 15.” Well, here’s an idea: why don’t you go tell someone who’s 15? The impact won’t just be on the boys but on you, too.  It might just be the next step in your maturity as a man.

Jason Craig is part of the founding team of Fraternus, which is a virtue based mentoring program for boys. He also serves as Vice President of the New Catholic Land Movement, a modern effort to rekindle a movement begun by G.K. Chesterton and others to recover rural and agrarian Catholic heritage. He is passionate about exploring and countering the effects of a fatherless and mentorless society, a subject he is focusing on as he studies for his Masters in Theology from the Augustine Institute. Jason also has more than a passing interest in the joyful cultivation of a masculine culture, especially when it involves bourbon, cigars, and arguments among friends. Jason writes for TCM from a farm in rural NC, where he milks cows and tends to a variety of plants and animals with his wife Katie and four kids (and counting).