Attention All Liars: Knock It Off! 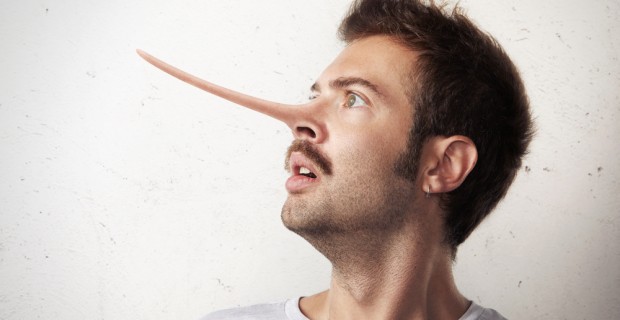 Brian Williams- the NBC Nightly News host of recent fame has been caught lying to the American people. So what! People lie all the time. Why do we make such a big deal when someone in the public eye gets caught lying? Because he’s a journalist? Because he’s famous? No, of course not. We make a big deal about it because we feel like we are owed the truth. But I ask you- what lies do people still believe that you told?

There are few things more draining in any given social situation, than trying to figure out what you said to whom so that you do not get caught in a lie. When you do, as is inevitable, peoples’ trust is lost, respect is lessened and relationships damaged.

Why do we stay away from those people that we cannot believe or better yet, why do we as men have a repugnance to those around us that we call “story tellers” or “liars”? Very simple really, we desire the Transcendentals.

The three transcendentals or the three aspects of being (ousia) are: Truth (alethes), Goodness (agathon), and Beauty (kalon). They are aspects of ‘being’ according to Plato, Aristotle, Augustine, Thomas, Kant etc… but to varying degrees- and that is for another article- but what they all agree upon is that truth is one of the most fundamental aspects to being- to who we (humans) are, and by necessity therefore- to who God is (esse ipsum subsistens).

Truth is defined as: that which confirms to reality. When we or someone lies, it is a distortion of reality and a distortion of who we are, and since truth points to an aspect of the nature of God, when truth is distorted, it limits further our capacity to see God, and so we flee from the distortion in an attempt to better see God because that is the desire of our hearts at a very fundamental level- the beatific vision or seeing God’s face.

Do not despair my dear Story-Teller! Let us now look at what a lie is and what it is not. The Eighth Commandment states to “Not bear False Witness” or not to calumniate or slander (don’t say stuff about another person that isn’t true). Does this definition by extension point to exaggeration and various forms of self-aggrandizement? If you are my mother, you would say, “A lie is a lie is a lie!”

Exclusive of what my mother has to say on the subject, let’s hear from St Augustine of Hippo, who writes in his treatise on lying,

Wherefore, that man lies, who has one thing in his mind and utters another in words, or by signs of whatever kind. Whence also the heart of him who lies is said to be double; that is, there is a double thought: the one, of that thing which he either knows or thinks to be true and does not produce; the other, of that thing which he produces instead thereof, knowing or thinking it to be false…But the fault of him who lies, is the desire of deceiving in the uttering of his mind; whether he do deceive, in that he is believed when uttering the false thing; or whether he do not deceive, either in that he is not believed, or in that he utters a true thing with will to deceive, which he does not think to be true: wherein being believed, he does not deceive though it was his will to deceive: except that he deceives in so far as he is thought to know or think as he utters.

Now what about the little white lies? How about the lies that we tell to our children? “Clean your room or Santa won’t bring presents.”; “If you don’t clean out your ears, they will grow potatoes.”; “Maybe we’ll play catch tomorrow.”; “You can be anything you want to be.”

What kind of effect does this have on children? Well, firstly it would seem that we are attempting to manipulate our children instead of raise them, and since children learn very well by example, guess what they will learn to do when they get older? They will learn to manipulate as well. Instead, perhaps we should teach our children the value of truth, men! Teach them that yes means yes and no means no- with charity. Teach them by example that even when we as adults are wrong, which we are, that we are not afraid to face the consequences of our mistakes by owning up to the truth.

Our object is therefore to teach virtue, not manipulation. St. Thomas Aquinas says that, “Truth or truthfulness must needs be a virtue, because to say what is true is a good act: and virtue is “that which makes its possessor good, and renders his action good” (ST II-II q109 a1). As dads, biological or spiritual, men are the spiritual leaders of their households. Therefore, it is imperative that men habituate to truth lest we confuse others to see God as manipulative as well.

Hence, let’s embrace the virtue of truth, as it is an extension of justice. Creating healthy environments where we can be seen as men of truth, men on whom people may rely, is a building up of the body of Christ and a strengthening of the foundations of the Church. No matter our state in life, embracing who we are and who it was the God created us to be are not always easy because the two are sometimes inconsistent.

Luke says in chapter 8: 14 that, “nothing is hidden that will not be made manifest, nor is anything secret that will not be known and come to light.” From the most mundane inconsistencies that are said in everyday conversation and the slight exaggerations to the understated that fall short of reality as it is, will be brought to light.

Relativism and Devices Are Dulling Your Kids’ Minds