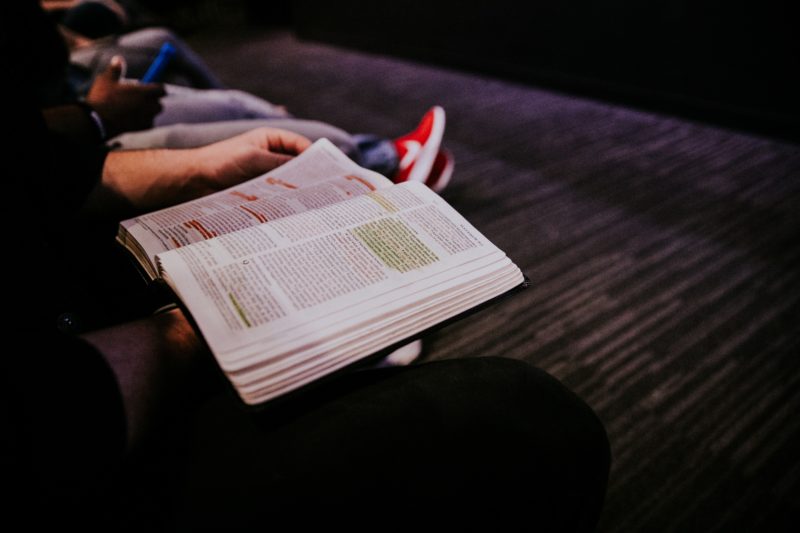 It is no secret that Matthew was very familiar with his Old Testament. He must have been a scholar well-versed in Jewish law, customs and rabbinical teachings. From the very beginning (his exposition in Ch.’s 1 and 2) and throughout his gospel, Matthew displays his understanding of Christ’s Jewish roots, where he provides his reader an analysis of the Lord’s paternal Jewish ancestry (Mt 1: 1-17), his knowledge of the prophecy concerning the long-awaited Messiah in the Book of Micah (Mt 2: 5-6), his familiarity with the parallels between the Exodus and the Flight into Egypt (Mt 2: 15) and his understanding of the words of Jeremiah as they related to the Holy Innocents (Mt 2: 17-18). Matthew’s plot is a cradle-to-grave-to-resurrection (and beyond) story of a fairly detail-oriented life of Jesus, and he includes many references to the law and the prophets, particularly from the Pentateuch, Isaiah, Proverbs, the Psalms and various prophetic works.

Matthew’s rendition of his gospel story also contains both significant monologues of Jesus and His dialogues with others, which introduces far more depth into the examination of those who encounter Jesus, particularly among His enemies and the disciples. The addition of a significant amount of dialogue makes Matthew’s plot come alive with a richer understanding of people’s motivations, an examination of their consciences and human psychology in general, all at work in Jesus’s teaching, preaching and interactions with His contemporaries. In particular, for example, Christ’s disdain and impatience with the Scribes and Pharisees throughout Matthew’s gospel more than likely influenced the negative, critical pejorative association(s) connected with the word “Pharisee” to this day (Mt 16: 11-12; 23: 1-7; 13-17; 23-33). Indeed, Matthew refers to the scribes and pharisees as “hypocrites” repeatedly (Mt 6:2; 23: 13, 15, 23, 25, 27, 29) to illustrate how to live and obey the law without following the poor example set by “Blind fools” (Mt 23: 17), “blind ones” (Mt 23: 19), and “Blind guides” (Mt 23: 24). A large portion of Christ’s words in Matthew’s Gospel clearly make His immediate audience uncomfortable, and He is never hesitant to challenge His listeners, which contributes to the elements fueling the “rising action” of Matthew’s plot leading to His passion.

Some form of the phrase “Jesus said…” is used with great frequency in the Gospel of Matthew, and the reader undertakes a deeper understanding of Christ’s mission on earth as it transpires through His words which reveal something of His Character in terms of its authenticity, its genuine and unparalleled insight, and in its counter-cultural reality. The plot of Matthew unfolds with the pinpoint description and razor-sharp metaphors of Jesus throughout his gospel which portray Him as a rabbi Who teaches with a new kind of authority in words nobody has ever heard before: “When Jesus finished these words, the crowds were astonished at His teaching, for He taught them as One having authority, and not as their scribes” (Mt 7: 28-29).

Much emphasis is placed upon Christ’s miracles and healings. We also see a great deal of interaction between Jesus and His disciples, especially in dialogue with Peter, possibly highlighting his pre-eminence among his fellows. References to parables and teachings are plentiful. These conversations serve to inform the reader of Christ’s intentions to instruct the listener (reader) through both what He said and what He did. This might suggest He not only taught consistently through His words and actions, but that He expected His followers to imitate Him in practicing what He preached: “Do to others whatever you would have them do to you. This is the law and the prophets” (Mt 7: 12); “It is enough for the disciple that he become like his teacher, for the slave that he become like his master” (Mt 10: 25). Matthew’s plot reveals how Jesus is repeatedly shown as demonstrating how to practice what one preaches by His thoughts, words and actions, using both positive and negative examples in stories and parables to illustrate His meaning.

From a literal viewpoint, the plot of Matthew revolves around two traditional literary structures identifying conflict through the plot. In the “Man v. Man” approach, Jesus is portrayed as often being at odds with His fellow men, philosophically and theologically, although His sometimes abrasive yet always concerned approach with them reveals His wisdom as well as His generous and compassionate Heart. In the “Man v. Society” conflict, Jesus’s teachings of love, mercy, self-discipline and charity are misinterpreted as threats by the contemporary civil and religious authorities, the Jews and the Romans, threatening their politics and their ways of living and revealing their hypocrisies, ultimately leading to His condemnation and execution.

Matthew’s rendition of Jesus’s passion, death and resurrection in the last few chapters brings these plot conflicts to a “double climax,” once at the crucifixion and once at the resurrection. The implicit amazement from all who witnessed these events is briefly described and somewhat understated. The women at the tomb are, quite understandably, “…fearful, yet overjoyed…” (Mt 28: 8) and the reaction of the disciples is rather reserved upon their encounter with a living Jesus raised from the dead: “When they saw Him, they worshipped, but they doubted” (Mt 28: 17), perhaps indicative of their weak faith/belief in Christ. These previous two passages serve as a very abbreviated denouement to the Matthean plot. Regardless, Matthew’s Gospel presents the “plot” of the life of Jesus from the “big picture” perspectives of Christ as the fulfillment of the Old Testament prophets, as the long-awaited Messiah, and ushers in the dawn of the new era of Christianity.

examinationgospelMatthew
09 06 2018
Back to all articles

Why Money is Not Evil, but the Prosperity Gospel is NOT the Gospel…