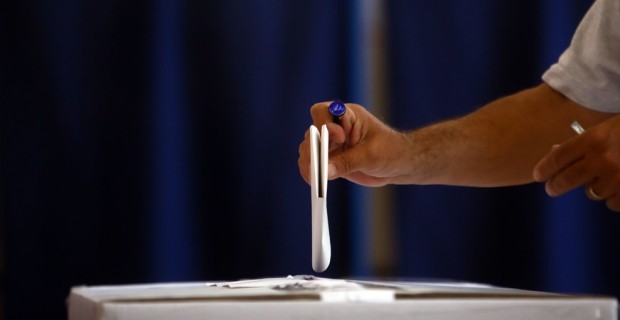 Around the year 130 AD, a Christian wrote these words in a letter to Diognetus, the tutor of Marcus Aurelius:

[Christians] reside in their own nations, but as resident aliens.
They participate in all things as citizens and endure all things as foreigners. . . .
They obey the established laws and their way of life surpasses the laws. . . .
So noble is the position to which God has assigned them that they are not allowed to desert it.

In every age, the experience of the Christian is that of a resident alien, a life as both resident citizen and alien foreigner. What makes his calling so noble is the tension that he is forced to live in. As a resident, he is obliged to care for the common good in civic life; as an alien he is obliged to transcend the civic realm and hope solely in the supreme good. And the presence of this tension is essential for evangelization. Regarding his civic duty to vote, he will always be tempted in two ways to collapse this tension – political despair (opting not to vote) and political presumption (opting for party affiliation). Both destroy Christian hope and compromise integrity. In light of this great challenge, we recognize the need of a guide.

If we are resident aliens obliged to vote, does the Church really have the right to be our guide? Here is the logic:

If the Church is a divinely founded guide in the political reality, what does she say about voting?

2. Issues according to Order. Because principles are governed by nature, they follow an inherent natural order; therefore, the logic of this order does not follow human preferences and transcends all sociological conditioning. A principled, consistent ethic will engage every issue, but according to the right order:

The dignity of human life is the unquestionable first principle and foundation, upon which everything stands or falls. Second to it in the natural order is the creation of life; for without the proper definition of marriage and sexuality, there is no creation of life. Thirdly, we engage the multi-various issues concerning the conditions of life; immigration reform, healthcare, economic stimulus, employment, poverty, etc. All issues must be considered, but always according to order.

There is nothing more threatening and bizarre to our contemporary political climate than the resident alien, principled and guided by the Church. This foreign presence is essential for the new evangelization, for “in order for the faith to be heard, for its message to be understood, those that proclaim it must be willing to be separated from the world by their faith” (Madeleine Delbrel). Though rejected, we heed to consoling words of Christ the night before his passion; “If you were of the world, the world would love its own; but you are not of the world, for I chose you out of the world (Jn 15:19).”