A Real Picture of Loving in Sickness and in Health 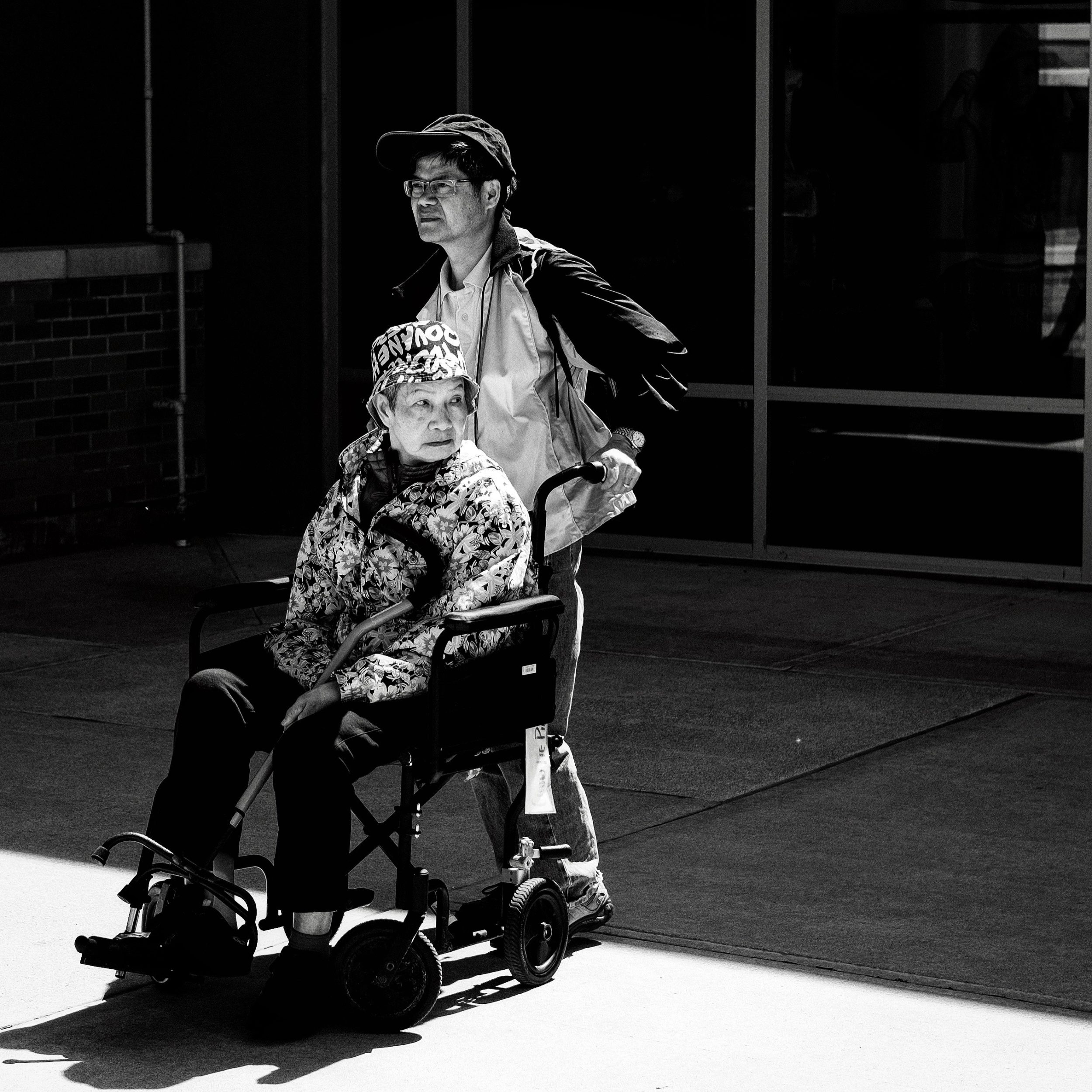 Imagine a man linking arms with his wife and leading her everywhere she goes.  She has lost nearly all her sight, so must rely on him.  She is also quite ill and utterly exhausted.  The man longs for a happier season of marriage, but this is what they’ve been dealt, so he bears it.  He picks up her prescriptions, he helps her eat her meals, and take her medications.   He leads her into the doctor’s, and out.  He helps her out of the car, and into the car—mostly with success, though at one point she sits down facing backward in the front passenger seat.  In short, this man serves his wife…as best he can.

You might be surprised to find out that I was this man—no less than a week after mine and my wife’s honeymoon.  To clear things up, though, my wife is not blind. Shortly after our marriage, both of her eyes became terribly affected by a viral infection, so much so that it left scarring on her face.  The doctor also thought she might permanently lose some sight.  Thanks be to God, she didn’t lose any sight, and she recovered quite well.

But our interactions as described above lasted—if I recall correctly—for over a week.  No less than a month into our marriage, then, it seemed God was really seeking to teach us about the whole “in sickness and in health” thing.  As a Catholic man, I learned about this fundamental aspect of marriage in that experience.

Living with someone as sickly as my wife (this wasn’t just some fluke episode), I have seen the real nastiness of sickness.  Sickness is, in the words of a Priest who served at my college, a “harbinger of death.”  There is really no pretending one is strong when one is terribly sick.  One becomes incapacitated, as it were, and overcome by the fragility of one’s body, spirit and mind.  To rely on the care of another feels almost like a necessity.  In the context of marriage, the couple’s experience of this can serve to teach them invaluable lessons.  For my own part, mine and my wife’s experience has caused me to reflect on the deepest and most fundamental meaning of marriage.

There is a particularly troubling conception of marriage in our time that basically posits that one’s spouse is primarily a means for the fulfillment of one’s emotional and sexual desires.  The Church’s conception of marriage is quite different.  Of course, She doesn’t claim that God forbids the fulfillment of these desires within marriage.  In fact, She knows that our Lord, having Himself made such desires, sees their fulfillment as good—almost necessary—aspects of marriage.  That said, She also knows that He desires for spouses to penetrate deeper, to the very heart of marriage—which, as Pope John Paul II reminded us of in his Theology of the Body, is self-gift.

Having experienced my wife being very ill on many occasions has helped me see what is required of the man who desires to make a gift of himself to his wife in marriage.  Two words come to mind in this regard: sacrifice and service. In scripture, St. Paul instructs us: “Husbands, love your wives, even as Christ loved the Church” (Eph. 5:25).  How did Christ love the Church?  He loved Her precisely through sacrifice and service, as was evidenced most perfectly on the Cross.  On that terrible instrument of torture, He sacrificed His very life for all of mankind. In so doing, He accomplished everything necessary for the possibility of reconciliation between God and man, and made Himself radically available to all men, to serve them in all their needs and when they are at their weakest.

This has major implications for our marriages, brothers.  If we cannot serve our wives, making the necessary sacrifices to be radically available to them when they are needy and weak from illness, then we will have failed to love them as they ought to be loved.  What is more, we will have failed to love God as He ought to be loved.  To love one’s wife well in health and in sickness (I like the words better in that order) can be very difficult…but so was the Cross.

crosshealthhusbandmarriagesicknesswife
01 18 2018
Back to all articles