A Lesson on Gifts and Failure from the New Karate Kid 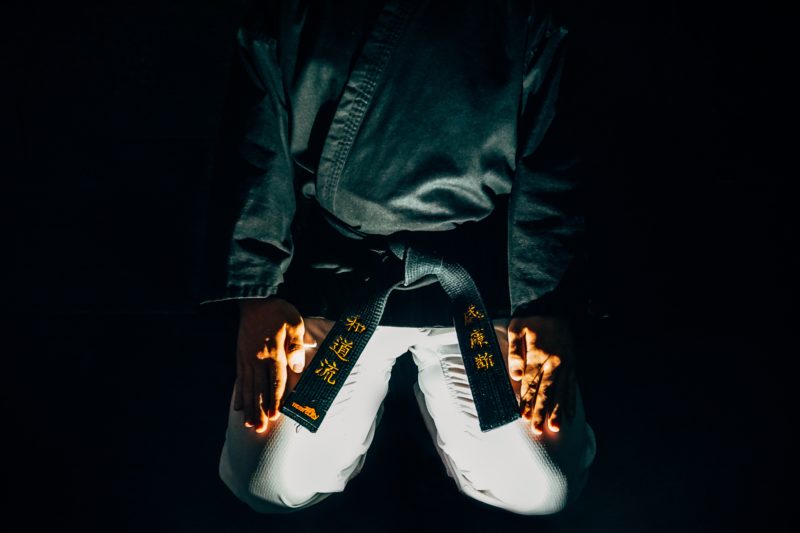 For those who haven’t yet watched the first The Karate Kid, I strongly encourage you to do so, as Cobra Kai is a continuation of the series.  There’s a deep sense of loss in the movie, and I think it has much to say to us men, even in our imperfections and failures.

The first scene begins with a flashback from near the end of the first The Karate Kid, where Johnny and Daniel LaRusso (played by Ralph Macchio) are fighting head to head in the 1984 All Valley Karate Tournament finals.  The flashback plays on until Daniel knocks Johnny to the ground with the epic “Crane Kick.”  However, instead of playing to the end where Johnny tells Daniel “You’re alright, LaRusso,” all we see is Johnny, facedown on the ground.

This is where the scene transitions to the present day, apparently 30 some odd years after Johnny’s defeat…However, the scene depicts Johnny in the same beaten posture.  He’s facedown in his bed, laying down next to some loose potato chips from a mostly empty bag of potato chips, a beer can on the bed and a beer bottle on his nightstand.

The alarm blares in the background, and Johnny struggles to wake from his drunken stupor, almost as if he was disappointed he woke up in the first place.  Johnny takes a swig of an open beer bottle and winces from disgust.  You think he’ll put it down, but no, Johnny continues to self-medicate with the “hair of the dog.”

Johnny is looking rough, like life decided to roll Johnny around in shame and self-loathing for the last 30 years.  This could not be made more clear from everything that follows.  The scene shows that Johnny kept what may have been the broken second place trophy or maybe it was the first place trophy he earned before his loss.  The show tries to trash Johnny up some more with a fried bologna breakfast, garnished with some soupy ketchup. (For the record, I love fried bologna).  The twist of the knife comes when we glimpse a picture of a young boy on the fridge (presumably his son), while the camera pans to Johnny eating alone in front of his television.

Literally, every single scene from here onward is meant to reinforce the fact that Johnny has not moved on in the last 30 years, and every day since then has only gotten worse.

The same cannot be said for Daniel LaRusso, who apparently is a rather successful owner of several car dealerships in the “Valley.”

When I tried to rope some of my friends into watching this with me by describing this episode, I received some pretty interesting reactions.  One said, “So?  Why would I want to watch somebody get what they deserved? Johnny was a jerk.  Sounds like he got what was coming to him.”  Another said, “You reap what you sow.  He gave no mercy.  He gets no mercy.”

I thought I was a pretty stone-cold person until I watched the series.  The pathetic shadow of a man that is Johnny Lawrence elicited pity rather than contempt, mostly because I couldn’t help but identify with the chief struggle introduced in the first episode: The difficulty of letting go of the past so that we can move toward a better future.

If we’re honest with ourselves, this is probably pretty universal, so much so that Jesus Christ reminds us, ”No one who puts his hand to the plow and looks back is fit for the kingdom of God.” (Luke 9:62)  This saying made so much sense to me having a background in old school farming.  I come from a family of Filipino farmers, and I remember how they labored while tilling the field using a yoked water buffalo and a mangled plow.  To keep any line straight, they had to focus on what was ahead. Looking backward would tilt their shoulder, guaranteeing an errant gash in what might have been a neatly ordered bed for planting.

But I think it’s difficult as a Catholic, (at least for me, I know it is) to not miss the past, even if it means reminiscing fondly about old sins.  It seems strange to say it, but try to see if you’ve ever had a similar conversation to the following:

Guy 1:  You see that fine looking woman over there?

I don’t think it’s that far fetched for many men to engage in this sort of locker room banter as if “those were the days” were really the days that matter most.

After all, sin is very addictive, and herein we find the difficulty.  As Catholics, we’re called to turn our back to sin, to sever every tie, and move forward, while trying our hardest to stay on the shortest route to heaven, which is a straight line.  But because reality hits, concupiscence shouts in our ears to return to our errors. Sometimes the shout becomes so loud that we refuse to hear the call of Christ that says, “You’re better than that. You’re made for greatness, for perfection, for holiness.”  That straight line we endeavored to carve turns into zigzagging scribbles.

So, could I say that Johnny deserves the misery so evident in the first episode?  Sure.

But his flaws and interactions with the other flawed characters in this comedic drama do much more than strike at nostalgia.  It strikes at the Catholic’s struggle when they find themselves lost in sin, contending against the pains of life alone and afraid.

The end of the episode is where my sentiments of pity turned into earnest compassion.  Johnny found himself face to face for the first time in 30 years with Daniel, the man he erroneously blames for ruining his life, who he looks upon with seething envy, and to whom he must now capitulate.

Johnny’s vehicle was wrecked. Daniel offers to fix it for free. Johnny chokes down his pride to accept the favor only to find that he can’t accept the charity, at least not without resentment, especially when Daniel says, “And hey, look I don’t blame you for what happened back in the day alright?  I know that wasn’t you.  It was Cobra Kai.  We’re all better off without it, am I right?”

To Johnny, Cobra Kai was more than a dojo or martial arts philosophy.  It was the only memory in the last 30 years that afforded him any sort of self-worth.  Instead of walking forward from it, he resolves to rewrite history, perhaps with the hopes of finding some measure of atonement.

This left me with my plow momentarily stalled, surveying my crooked lines, not with fond recollection but rather pondering J.R.R. Tolkien’s words “What punishments of God are not gifts?”

Carlos Bersabe is a Catholic “re-vert,” husband, father, and currently serves in the United States Air Force as a Presidential Advisor and Nuclear Weapons Strategists.
He holds a B.A. in Political Science from The Citadel and an M.A. from Holy Apostles, College and Seminary in Catholic Moral Theology.  Carlos hosts his weekly podcast, “Fire Away” through WCAT Radio and enjoys writing articles related to the faith. You can find him on various social media sites as @catholicammo.
When not engaged in overtly faith-filled activities, Carlos and his family enjoy God’s creation through hunting, fishing, camping, and anything outdoors.
Cobra KaifailuregiftsKarate Kidlessonnew
06 07 2018
Back to all articles