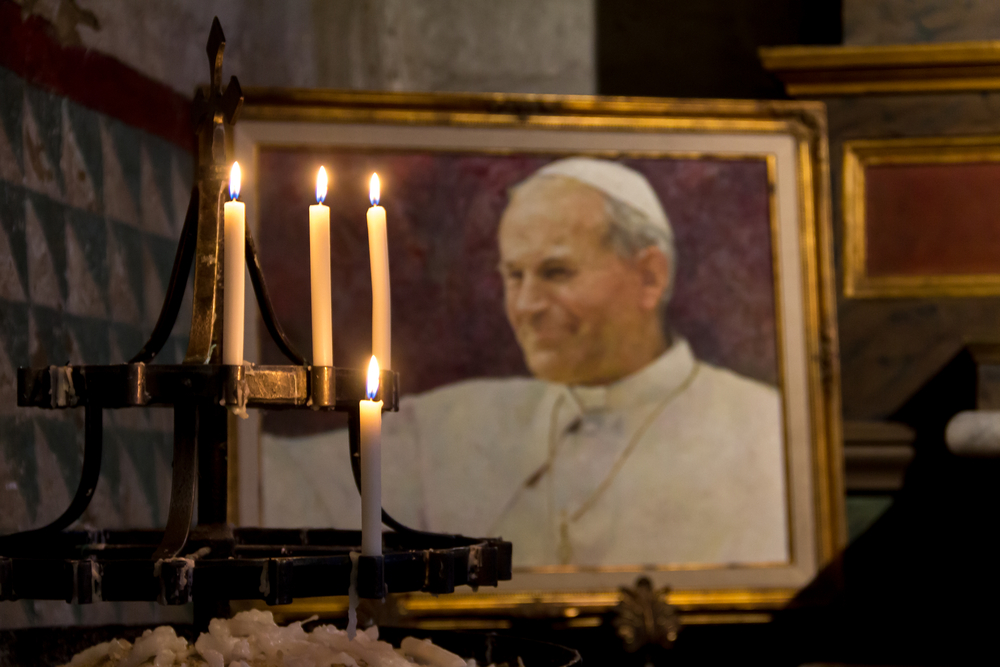 I hope you are not completely exhausted from the phrase “the new evangelization”. If you are, I understand. It’s become a phrase that can be just noise or a label slapped on anything. Like a corporation changing its logo to green to join the “green movement”, Catholic initiatives can slap “new evangelization” on basically anything they are doing and jump on the bandwagon, even if it’s not going anywhere.

Here are two facts to understand the term. Firstly, the Church has always been called to evangelize, to spread the Gospel of Jesus Christ. She exists as a missionary reality. Secondly, the reason the current struggle to evangelize is “new” is because we are living in a completely new situation which is distinctly different from the early Church and the Middle Ages as well. Before explaining how it’s different, you have to understand how evangelization was largely done prior to the modern era.

As Rome collapsed and Barbarians invaded, the darkness of chaos settled in the ruins, and the Church no longer had the Emperor as an ally. Slowly, however, a few rulers were converted (some more sincerely than others) and with them, small pockets of the world began to grow towards a truly Christian culture, one that would flourish beyond what was possible with fallen Rome.

In ancient times when a king or ruler converted, his domain came with him. “Christendom” means literally “the domain of Christ”, and it was won by having king’s posit their domain within Christ’s. Of course there were ugly elements that came and went, but the rule against which society was judged was the Gospel. The Pope, as Christ’s vicar, was an authority above the earthly rulers of Christendom, which is why they thoroughly avoided his condemnation.

Christendom is gone. Its unity was broken after the Protestant Revolt, and the steady progress of materialistic and individualistic philosophies has turned what was left of Europe into an essentially secular anti-culture in denial of its Christian heritage and roots.

So, what is new in the new evangelization is that we are now going back into former Christian countries to bring the Gospel, not to fallen pagan empires and distant lands. I’ve heard it put that we are evangelizing baptized pagans. The challenge cannot be understated. Former Christian cultures seem to be inoculated against the faith – they’ve got just enough of it left to be immune to any talk about it. They really think they know what Catholicism is, but they “know” a counterfeit, and it’s very difficult to get anywhere with the Gospel with someone who thinks they already know it, and have intentionally and willfully rejected the counterfeit.

C.S. Lewis said trying to win back apostate Christians is like trying to reconcile a divorced marriage.

So, in calling for a new evangelization, St. John Paul II called for new “ardor, methods, and expression”, because the old ones are recognized and dismissed in former Christian countries. And while some places simply slip “new evangelization” into wordy and confused mission statements, there are real pockets of growth and zeal – people taking the call of the Holy Fathers seriously. But, there is one area where the new can learn from the old: convert the kings.

Men, despite a fatwa from political correctness militants, remain the primary rulers of the faith in their domains – the family. Studies, like this revealing one from a Baptist group, have shown that when a child or mother converts to a faith, it is usually just them that convert (3.5% of the time with kids, 17% with mom). When a father converts, however, the entire household will likely follow (93% of the time). So, while it might not be as sweepingly effective as having Charlemagne unite a former empire under the cross, it is nonetheless a target placed on the “head” of a society, the family, with the whole society following the head’s lead.

As missionaries went right into the heart of empires, like St. Francis marching up to the Muslim Sultan of Egypt, so too clergy today must get right in the face of kings in need of conversion. I’m talking about honest, effective, long-term strategies to make sure that as many fathers as possible are evangelized and catechized as men, directly, intensely, and consistently.

Just consider the numbers. Let’s work with the average family size in the US of 3.13 (yes, that’s a problem, but we are working an example of families not in the Church yet, remember?). If we pour a ton of resources into youth ministry, and get a youth group going with, say, 40 teenagers (which is generous) – that will bring in about 43 people if you say 3.5% of them bring in their family. If you get 40 men you will reach about 119 souls total (93% of them bringing the 2.13 people left at home). That’s almost a 200% return reaching men verses a 7.5% return reaching youth.

Where should we be focusing our efforts then? This is why it is such a problem when men do not feel welcome at Church. I am also very heartened to see even a few bishops go beyond a men’s conference here and there and put forth serious leadership on this issue – Bishop Olmstead is boldly doing just that, and Bishop Cozzens is also ramping up a real strategy with the help of leaders in the Catholic men’s movement.

Despite modern ideologies, the father is still the leader of the home when it comes to faith – it remains in the king’s domain. The question: will he lead them into the Church or out of it? Will he submit to a higher ruler? I think it is time to propose it to him more directly. Convert the king!

cultureEvangelizationfamilyfatherhoodLeadership
02 / 24 / 2016
Back to all articles

Joseph and Jesus the Builders