Why We Should Learn about Islam: 12 Years after Regensburg 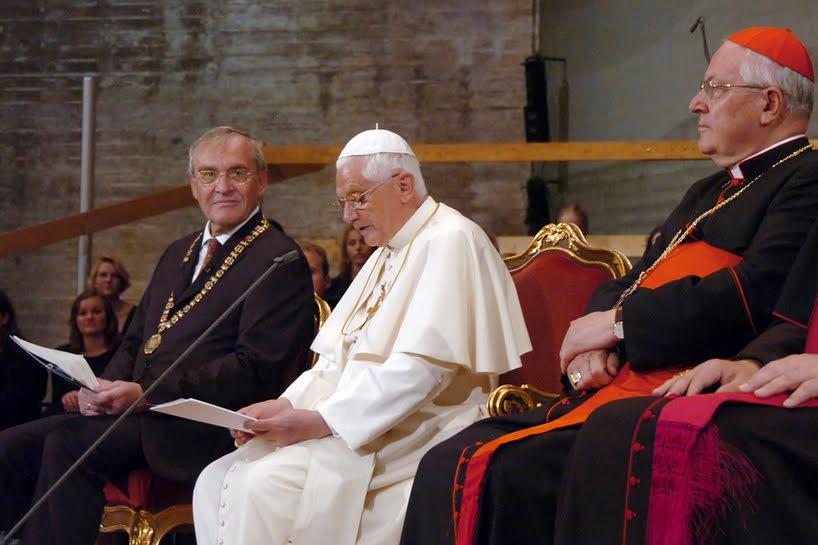 On September 12, 2006, almost five years to the day from 9/11, Pope Benedict XVI delivered a watershed lecture at the University of Regensburg. He argued that Islam and the modern West hold a significant tenant in common: a voluntarism that puts will above reason. For classic Islamic thinkers this meant that Allah was not bound by any restraints of reason, including the principle of non-contradiction, and for modern philosophers it led to a division between faith and reason and eventually to relativism.

Since the Second Vatican Council (1962-65), the Church has called consistently for dialogue with Islam (see the Council’s declaration, Nostra Aetate). Fr. James Schall, in his recent book On Islam: A Chronological Record, 2002-2018 (Ignatius, 2018) notes the difficultly of such dialogue, building upon the claims of Benedict’s address at Regensburg and the clash of cultures that has been unfolding since 9/11. Schall notes two fundamental difficulties that impede effective dialogue. First, the Church has never released an authoritative statement on the theological claims of Islam, even though they arose in close conjunction to Christianity and Judaism, and secondly Westerners tend to interpret Islam through their own lens of reason, freedom, and rights rather than by entering into Islam’s own self-understanding.

Dialogue is about conversation centered on sharing ideas in hope of fostering greater cooperation. Schall points out the difficulty of such a conversation with Muslim leaders given the fact that we do not share a common revelation—Muslims reject the Trinity and the divinity of Christ—and, unlike the Church, there is no central authority in Islam. Even more crucially, it is difficult to find common ground in the natural law. Major strands of the Islamic theological tradition eschew the philosophical study of nature by attributing the causality of all things to the direct will of Allah (which led some Islamic philosophes to posit the double truth theory). Therefore, it is hard to establish a philosophical bridge of common terms to address basic issues such as human rights. The most basic human right according to the Church is religious freedom, but Schall convincingly argues that full religious freedom does not exist in many Islamic countries, which only tolerate Christians to different degrees, under the constant threat of persecution.

These incompatible concepts of religious freedom reveal even deeper divisions, such as two radically different understandings of common words such as martyrdom. The Christian view of martyrdom acknowledges those who die by suffering violence from others who seek to restrict their faith. Some Muslims would honor terrorists and suicide bombers as martyrs, because they died seeking to spread Islam. Fr. Schall reflects on the absurdity of having to make the argument against the claim that murder is holy. He also notes that we cannot stop suicide bombers without engaging the theology that motivates their action. Rather than responding to such attacks with Western-inspired platitudes, Schall encourages us to scrutinize the views of these radical groups. We cannot evaluate their claim that they follow the Koran and the life of Mohammed faithfully if we are ignorant of the Islamic tradition.

Schall also speaks at length of the amazing expansion of Islam following the death of Mohammed in 632AD. The original Christian heartland of Syria, Egypt, North Africa, and Spain were quickly overrun, with conquest of Christian Asia Minor (modern day Turkey) and Southeastern Europe following. Although many Christian lands were converted through conquest, Schall, following Belloc, speaks of Islamic lands as nearly inconvertible by Christians. Although these lands have proved quite impervious to missionary efforts, I should note my own experience of friends and acquaintances who have quietly converted to Catholicism from Islam, though at the risk of their own life. Furthermore, I have been following a growing occurrence of Muslims have dreams of Jesus and Mary, which have led them to learn more about the Christian faith.

Schall also encourages us to learn more about Islam and highly recommends Fr. Samir Khalil Samir’s 111 Questions on Islam. Fr. Samir is an Egyptian Jesuit and expert in the Islamic tradition. Islam is in the news frequently and many conflicting claims are made about it. Increasing our religious literacy will help us to make sense of the news for ourselves and prepare us for dialogue, both with Muslims and confused Westerners. The desire to understand Islam in the West began in earnest with Peter the Venerable, Abbot of Cluny’s request for the first translation of the Koran into Latin, completed in 1143. Aquinas also wrote his Summa Contra Gentiles to help his fellow friars to enter dialogue on the Christian faith with Muslims. Schall encourages us through study and honesty to move beyond the platitudes that dominate responses to terrorism.

Many Catholic thinkers and leaders are afraid to address the challenges of dialogue with Islam, for fear of offending others or even inciting additional violence (as occurred after the Regensburg Lecture, for instance). However, Schall’s collected reflections should inspire us to seek the truth in our dialogue and to assess honestly the threat of Islamic terrorism throughout the world. I have been learning about Islam for over 20 years and found fresh ideas in the book. Schall demonstrates the philosophical, political, and theological precision needed not only in learning more about Islam, but also for assessing the Church in our own society. Dialogue also requires a proper understanding of one’s own tradition. Christians need to return to a stronger relationship of faith and reason in order to purify the stagnancy of the Church and society.