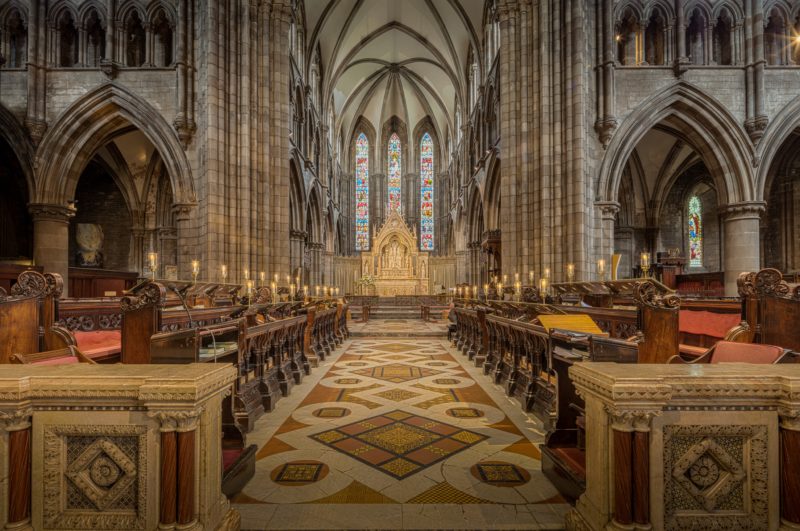 This week, and during Holy Week every year, the Chrism Mass will be celebrated in cathedrals in dioceses all over the world. The Chrism Mass is a public celebration and display of the unity of the bishop to the priests of his diocese and the entire Church community as Members of the Body of Christ to Jesus Christ who is the Head of the Church. It is one of the most holy and solemn Masses celebrated all year because, in addition to the priests renewing their promises to the bishop, the three oils blessed by the bishop during the Mass play such an important role in the life of the Church.

The bishop blesses three separate oils during the Chrism Mass.

After the Chrism Mass, the holy oils are distributed to the parishes of the diocese where they are used to anoint the faithful throughout the year.

Why does the Church Anoint?

“Anointing, in Biblical and other ancient symbolism, is rich in meaning: oil is a sign of abundance and joy; it cleanses (anointing before and after a bath) and limbers (the anointing of athletes and wrestlers); oil is a sign of healing, since it is soothing to bruises and wounds; and it makes radiant with beauty, health, and strength.” CCC, 1293.

“The word ‘Christ’ comes from the Greek translation of the Hebrew Messiah, which means ‘anointed.’ It became the name proper to Jesus only because he accomplished perfectly the divine mission that ‘Christ’ signifies. In effect, in Israel those consecrated to God for a mission that he gave were anointed in his name. This was the case for kings, for priests and, in rare instances, for prophets. This had to be the case all the more so for the Messiah whom God would send to inaugurate his kingdom definitively. It was necessary that the Messiah be anointed by the Spirit of the Lord at once as king and priest, and also as prophet. Jesus fulfilled the messianic hope of Israel in his threefold office of priest, prophet and king.” CCC, 436.

Who are the People of God?

The People of God are a holy nation of priests, prophets, and kings. We are born anew in baptism, made part of God’s family and governed by the new commandment to love others as Jesus Christ loved us. We carry out our mission as the “salt of the earth and the light of the world.” We are the “seed of unity, hope, and salvation for the whole human race.” CCC, 782.

“Jesus Christ is the one whom the Father anointed with the Holy Spirit and established as priest, prophet, and king. The whole People of God participates in these three offices of Christ and bears the responsibilities for mission and service that flow from them.” CCC, 783.

What is our mission?

Our mission is the three Ws.

We are all, ordained and lay people, consecrated to worship the Triune God, Father, Son and Holy Spirit.

“On entering the People of God through faith and Baptism, one receives a share in this people’s unique, priestly vocation: ‘Christ the Lord, high priest taken from among men, has made this new people a “kingdom of priests to God, his Father.” The baptized, by regeneration and the anointing of the Holy Spirit, are consecrated to be a spiritual house and a holy priesthood.” CCC, 784.

We are consecrated to be witnesses to Christ by living our faith in the midst of this world.

“The holy People of God shares also in in Christ’s prophetic office,’ above all in the supernatural sense of faith that belongs to the whole People, lay and clergy, when it “unfailingly adheres to this faith … once for all delivered to the saints,’ and when it deepens its understanding and becomes Christ’s witness in the midst of this world.” CCC, 785.

Unlike earthly kings who live to be served by others, the members of God’s royal family are consecrated to serve others.

“Finally, the People of God shares in the royal office of Christ. He exercises his kingship by drawing all men to himself through his death and Resurrection. Christ, King and Lord of the universe, made himself the servant of all, for he came ‘not to be served but to serve, and to give his life as a ransom for many.’ For the Christian, ‘to reign is to serve him,’ particularly when serving ‘the poor and the suffering, in whom the Church recognizes the image of her poor and suffering founder.’ The People of God fulfills its royal dignity by a life in keeping with its vocation to serve Christ.’” CCC, 786.

In conclusion, the Chrism Mass is very important to the life of the Church because the holy oils blessed there are used in Sacramental anointing and consecration to mark us as the People of God (a Holy Nation of Priests, Prophets and Kings), part of God’s Holy family, so we can receive the Holy Spirit and carry out the Church’s Mission of Worship, Witness and Works. We carry out our mission as the salt of the earth and the light of the world, a seed of unity, hope and salvation for the whole human race.

Fatherhood and the Rise of Pornography