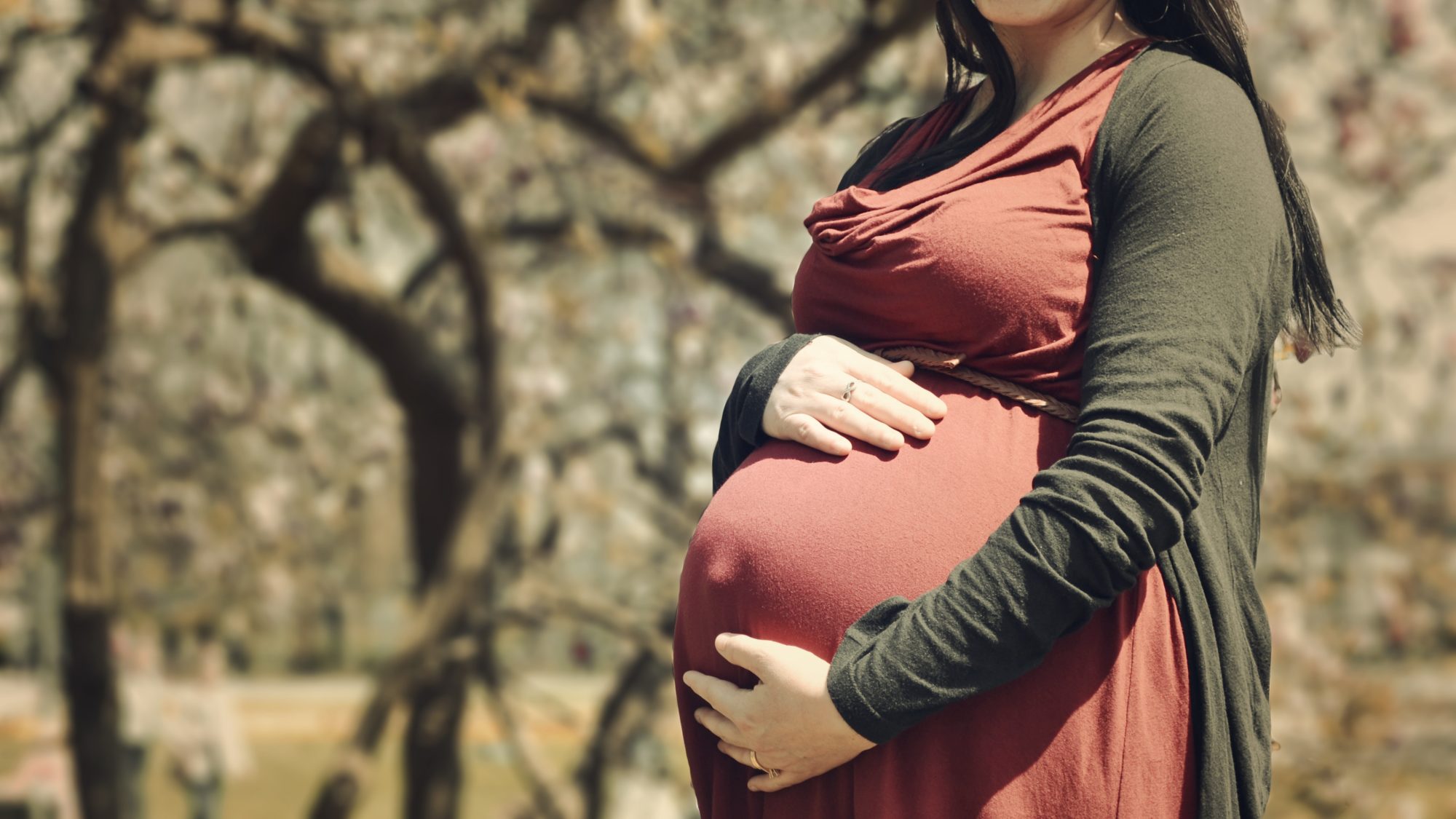 My interest in writing about what is clumsily called “men’s issues” happened accidentally.  I started working for Fraternus almost a decade ago and we started publishing newsletters for volunteers.  Fraternus trains men to mentor boys, but it became obvious early on that the harder issue was not “reaching boys”, but in having mentors worthy of them.   We were short-staffed, so I started writing and just kind of never stopped.

This led inevitably to the issue of fatherhood.  Men cannot understand masculinity apart from a domestic understanding – life rooted in the union of marriage, the fecundity of the marriage, and the care for children.  Fatherhood is the natural end of masculinity, so true mentorship is necessarily fatherly, even if the mentor is biologically childless.  The sacrificial and life-giving vocation of fatherhood is still the defining characteristic of true masculinity.

Domesticity Is for Men and Women

In other words, the challenge is to re-domesticate­ men.  I don’t mean that in the negative, as if domesticating equals taming.  May the Lord save us from nice and tame men. If bovines are “domesticated” for use as a family milk cow, we can understand that as a higher dignity than the former state, because a wild creature has become part of the family unit, the cosmic focus of all of creation. Regarding masculinity, domesticity means harnessing the strength and created nature of men and directing it toward family – or we should say we are redirecting men to what they were made for, and where they find true happiness.  “Fatherhood itself is the Lord’s gift, the fruitful womb is a reward that comes from him” (Psalm 127:3, Knox).

But a question is commonly asked of me: why not write about women as well?

I don’t write about women because the answer is the same for men – to re-domesticate them.  But you can see already that I cannot say that.  And why is that?  Why can I say quite calmly and without controversy that men need to re-focus their energy, heart, and identity toward the home, but not say the same to women? Am I really saying “a woman’s place is in the home”?  Well, I just said the same about men…  What’s going on here?  Let’s make a few statements and see if my point isn’t made by proposing the same ideas to men and women:

Men should focus less on career and more on their family.

Women should focus less on career and more on their family.

Men forsake their core identity when they forsake children.

Women forsake their core identity when they forsake children.

Men need to return their identity to the home.

Women need to return their identity to the home.

A man’s true worth is in his care for his family.

A woman’s true worth is in the care of her family.

If we believe that the family is the natural vocation of humanity, and there is a different yet complementary role for both women and men in the home – that this is their nature – then anything that takes the heart and person (man or woman) away from that vocation is an act of violence.   “Violence” in philosophical terms is to act against the nature of the thing.  It is the nature of man to live toward natural death, so to murder him is against his nature – it is an act of violence.  So, modern society is “violent” toward both men and women because it pulls them away from their natural vocations as mothers and fathers.  Society is more and more against who we are as God’s sons and daughters.

The natural roles of men and women are different but complementary.  Men traditionally have naturally outward duties – growing, hunting, gathering and all of that.  So, they naturally “go forth” from the family, though real men always return.  They go out as an act of sacrifice, not as a “leaving” of the family.  The family is the place of the highest dignity, so leaving it is not the greater honor – it is an act of sacrifice.  So, we can note that the separation of men from the home is sort of the exaggeration of the reality that men do leave the home naturally to cultivate, hunt, gather and all that.

Women are much more bound by the home by the fact of children, they do not “go forth” in the same way as men because their strength is literally depleted by children.  A man’s labors can be employed at greater levels and without the interruptions of childbearing, childbirth, and even childrearing.   In societies not “liberated” from the necessities of physical labor, this is more obvious and less controversial.  A man on a hunt does not effect an infant that needs to nurse every few hours.  This is why the advocacy of women finding equal footing in the workplace with men will always be related to the advocacy of sterilizing sex and making abortion plentiful.  You simply cannot “go forth” constantly if your body is capable of maternity.  You have to remove the “barrier” of the latter in order to do the former.

Just look at the “curses” of Adam and Eve after the fall.  Adam’s work in the field becomes harder (“All the days of thy life thou shalt win food from [the land] with toil”) and Eve’s childbearing becomes harder (“…with pangs thou shalt give birth to children”).  Both things – work and childbearing – were part of life before the fall, but afterwards they become exaggerated and harder as sin distorts nature’s order.  The fact as that the outward life of work for the man and the inward life of work for the woman are part of who they are, so these “curses” speak to who they are at their core as provider (Adam) and nurturer (Eve).   I would point out, however, that this does not mean that the domesticity of woman means she stays inside and cooks all day.  Proverbs 31 is a long and beautiful description of a woman that works diligently with her hands and in the cultivation of the homestead.  I am merely pointing out that childbearing is a greater dignity than physical labor, so it takes precedence..

(I am well aware that the technological age flattens out these distinctions – a cubicle and a computer can be “manned” by either sex – but I am working within the approach that nature has meaning and the differences that accompany us still reveal something true.)

The pull on women to go into the world and leave family behind is a serious issue because they carry within themselves – inside their womb and heart – the fact of children and the capacity for maternity.  To draw women away from the home is more violent against their nature than for men, because it is more against their nature for a women’s heart and body to be disconnected from their domestic lives than it is for men, who must “go forth” on a temporary basis because of the needs of the body that require uninterrupted attention to food and shelter.

And because the removal of women from their domestic nature is more violent the reaction against questioning this tendency (like I’m doing here) is more violent.  The more absurd or unreasonable the assertion, the more unreasonable (loud) the response.   But it can hurt as well.  Society is removing children from their mothers at younger and younger ages, and the “nanny state” is exercising more maternity and authority with children than their real mothers.  To bring this up causes a great pain in women, who often feel in their bones this tension.  For some it is a stark economic reality that they cannot be free from, and they deserve sympathy, and this might come across to them as condemning.  And, it’s worth mentioning, mothers already have a tendency to feel inadequate and blame themselves for everything.  (Stop doing that!)  We don’t want to place the blame on them for an economic order generations in the making.  So, the flip side is that because the de-domestication of men was less violent against their nature, it is easier for them to adjust and reorient toward the home.  Women feel “stuck” in their situation, because they are.  Pointing it out constantly might not help, because it is a systemic and societal sickness.

Again, I understand this sounds controversial, and because of the reactions I tend not to swim in these waters.  I’m not sure I can really do any good here anyway. But the point for men or for women is simple: blessedness is found in our vocation, which touches upon eternity much more closely than the active life in the world.  The family needs us.  And we need the family.   Perhaps if we can get past the violence of the reaction against domesticity, we can start talking about the home and children as a blessing again and not a curse.

complementarityfamilyfatherhoodmenmotherhoodVocationwomen
08 11 2017
Back to all articles