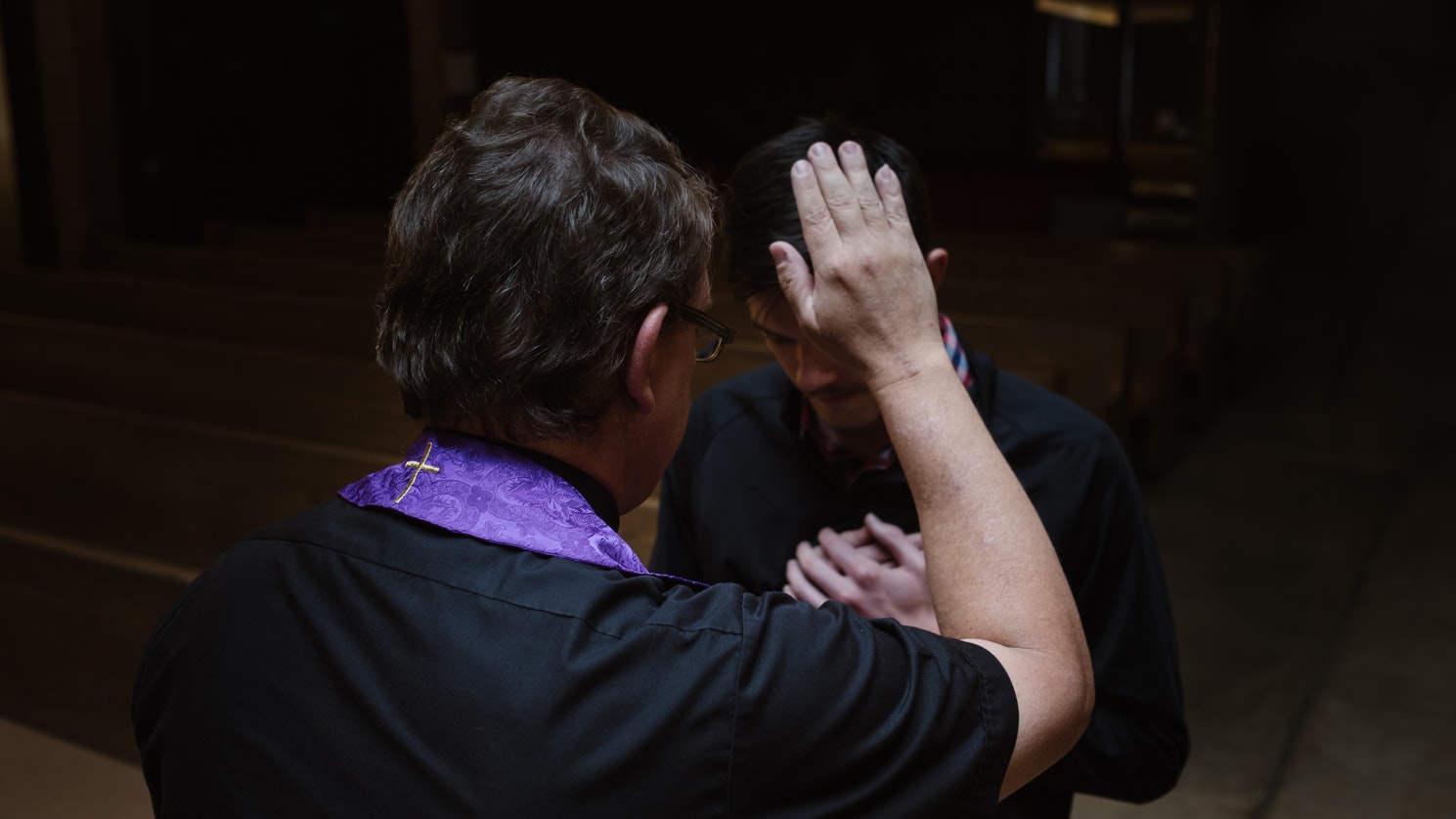 I never used to rate confession highly on the to-do list. I was always too busy to go, always had a reason to do something else and that reason always made sense. I never really considered whether I liked confession or not. I wasn’t burdened with the prospect of reliving my own guilt and never had a problem with the teachings of the church on whether the sacrament was even all that necessary. I just didn’t go.

That began to change during my marriage preparation. My wife put me back on the road to the Church when we were dating and I reluctantly agreed. I knew it was important to her (at the time, I didn’t give thought to whether God cared or not) and so I went. It was my first time in the confessional in years and it was different. The priest was there face to face. It was bright. He smiled. He listened. He consoled. He sent me to Scripture in front of the Blessed Sacrament after it was over. God forgave me. It was…tolerable and quite nice.  A relief in many ways. No fire and brimstone and I let out some significant transgressions from parts of my life that I am glad are in my past. I emerged from the church that day refreshed and energized feeling much closer to the Lord.

I sporadically went to confession in the following years but have only truly come to appreciate and love it in the past 5. I’ve had some very powerful moments during the sacrament. I have experienced such a relief of my burdens that I carry around. At times, I have physically felt my shoulders get lighter upon uttering my worst sins aloud. In my mind, I’ve seen the Lord standing beside me with his arm around me.

As I continue to seek God and learn more about my faith and hone my desire to be close to the Lord, I learn more about what I should be doing, but I don’t always meet those standards. When I fall, I fall hard and the memory of those sins lingers. It is tempting to get spiritually “down.”  Falling asleep at night is the worst. I experience an examination of conscience even without purposefully or willfully doing so. I beat myself up. I’ve told myself I’m worthless. I’ve told myself I should do better. I’ve told God that’d be easier if he spent his time on someone with a chance of reaching his standards of holiness. I’ve told him he should just give up on me. He doesn’t and I always end up hearing that voice during my self-torture telling me that I’m going to be ok. Sometimes it’s not right in that moment lying in bed, but having been to the sacrament of reconciliation enough now, I truly know that forgiveness will always come. What I am telling myself in these moments is not the same as what God is telling me.

Frequency matters. Reconciliation once a year at Christmas or Easter (for those of us who even go that often) is like getting your teeth cleaned randomly. It’s awkward and uncomfortable, you never really own up to all of the sugar you consume, the dentist knows you’re keeping information back but does what he can and sends you on your way. You think you’ve gotten away with it and that your teeth are doing just fine, but the dentist knows better, and the problem never goes away and true reconciliation never really happens and you can’t be fully healed. Unlike a dentist who can’t put your teeth back to perfectly white, gleaming and fully restored to their original state, God does when you make a true confession. Hold nothing back. Let it go. Let the grace of God wash over you.

In the Joy of the Gospel, Pope Francis tells us it is us who grow tired of asking for forgiveness, it is never the Lord who grows tired of forgiving us. That statement has stuck with me. I know it, having experienced it. I’m a father, and no matter how bad my kids behave I have yet to reject their apology or withhold my love. As their father, I find it difficult to imagine ever being so cruel and harsh. My children know something I struggle to remember. When they do wrong, they own up. They say sorry and they receive my love and my forgiveness. Sometimes they make up for their wrongdoing by an act of service or repair. Sometimes they learn from me in that moment. Sometimes they don’t even need me to teach them anything, they just already know the lesson, move on and try harder next time, which is all that is being asked of us.

To me, there is a very important aspect of saying my sins aloud. I own them. I am the one who committed them after all. They’re mine. I keep them inside and they weigh me down. Then I got to the sacrament of reconciliation and I open my lips and I let them go. They go far away from me and they don’t hurt me again. Their absence allows my Father to fill me with his love, his mercy and his peace. I leave the confession with a mission to never sin again. I haven’t fulfilled that mission yet, but I do my best every day and when I fall again, I know that my Father is waiting for me silently in the confessional. Ready to do the entire thing over again. When the prodigal son returns to his father hoping for some mercy, it is his father who runs to him and celebrates. He runs to him because he loves his son and rejoices that he has returned once more.

“So he got up and went back to his father. While he was still a long way off, his father caught sight of him, and was filled with compassion. He ran to his son, embraced him and kissed him” Luke 15:20

Don’t let the sins you withhold convince you that you shouldn’t go. Don’t let traffic, a head cold, football game or grocery list stop you. Lent is here. This is a great time to return and reconcile with the Lord in preparation for Easter. Find out when the sacrament of reconciliation is scheduled in your parish and go. You’ve got sins to lose and His grace to gain.

Thoughts and Prayers: Power Tools in the Hands of Skilled Craftsmen

Attention All Liars: Knock It Off!