Truth in Charity: The Lost Art of Dialogue 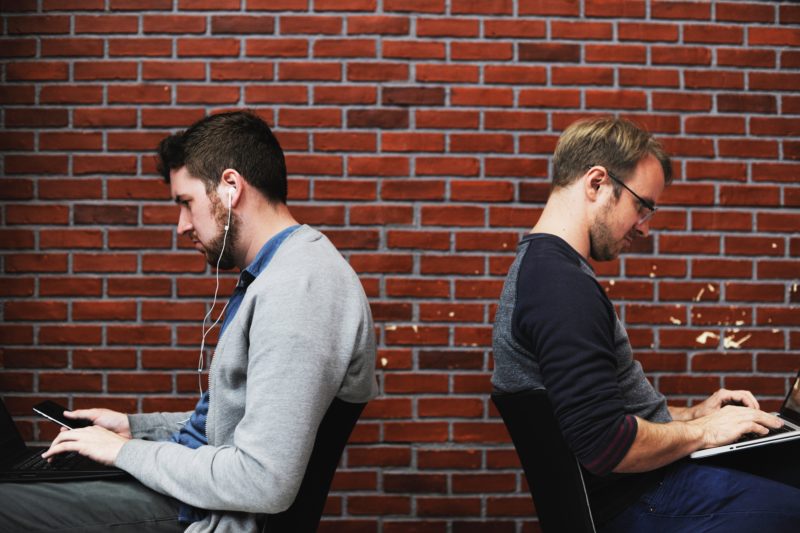 If we put bits into the mouths of horses to make them obey us, we guide their whole bodies. Or look at ships: though they are so large that it takes strong winds to drive them, yet they are guided by a very small rudder wherever the will of the pilot directs. So also the tongue is a small member, yet it boasts of great exploits. How great a forest is set ablaze by a small fire!  James 3:3-6

Some people say they have never heard so much anger, so much ridicule and such a multitude of threats leveled at an American President, as we have experienced since November, 2016. I suspect other presidents, especially Abraham Lincoln, would differ with such claims. However, in Abe’s time, most of the ridicule was a little more genteel than we see today, or should I say, what we see today is much more infantile. It is hard to describe the exact type of scorn we see for the President today. Of course, much of this is likely due to the behavior and the language used by President Trump. In all honesty, he brings much of this on himself. He has a very checkered past and his utilization of social media to kick up dust over television shows and the personal traits of morning show hosts has only opened him up to attacks. In other words, he is a soft target for those who wish to mock him with nude Trump sculptures, inflated balloons which depict him wearing a diaper, paintings of feces with a Trump hairstyle, etc…

We all know that no matter how insolent, vulgar, disrespectful, and nasty you want to get these days, there are people who will always outdo you. In other words, there is always someone who lacks the social skills, the intellect, the manners, or the stability, to criticize in a courteous, yet powerful way. Unfortunately, some of the most puerile-minded media darlings hold seats in Congress, host talk shows on television, or are regarded to be philosophers due to athletic forte or a flair for acting or singing.

A soft answer turns away wrath,
but a harsh word stirs up anger.
The tongue of the wise dispenses knowledge,
but the mouths of fools pour out folly. Proverbs 15:1-2

Other than Abraham Lincoln, there have been other Presidents who have had to endure a lot of insults.

A 2014 article in the Chicago Tribune said, “But no president in our nation’s history has ever been castigated, condemned, mocked, insulted, derided and degraded on a scale even close to the constantly ugly attacks on Obama.”

I wonder what that writer was talking about. Granted, we must never forget the horror of August 10, 2013, when a rodeo clown donned a mask to make himself appear as though he was actually President Obama. Over the loudspeakers, an announcer then asked the crowd if they would like to see President Obama run down by a bull. Thankfully the man was dealt with in proper fashion. He was banned from working for the Missouri State Fair in the future and another clown involved in the skit received death threats. Missouri State Fair clowns may now be taking sensitivity classes, although it is unclear if the classes focus solely on sensitivity toward Mr. Obama or if they touch on other unacceptable behavior as well.

Nor can we forget the day Mark Halperin, while sitting as a guest on a MSNBC morning show, said President Obama had behaved like a part of the male anatomy. He was quickly suspended.

Or what about that time a Louisiana State Senate researcher was suspended for an email she sent to a large group of employees of the State of Louisiana in which she pointed out that people who disagreed with President Obama were not automatically racist?  A picture which depicted the President as if he were a Caucasian seems to have been the violation in that case.

What about that time when a county official in my own small town hung an altered photo of President Obama in the Board of Supervisor’s meeting room. It was a small black-and-white photo of President Barack Obama smoking a cigarette? Progressives were furious about a picture which showed the President smoking… even though he was a smoker.

I imagine Mr. Obama lost many nights sleep over allegations that he was not even a U.S. citizen or that he was a closet Muslim who was secretly trying annex the United States as part of the Caliphate.

Maybe America’s brief stint of hypersensitivity is passing away. Potential examples of this are:

But I’m a Christian, right?

If any think they are religious, and do not bridle their tongues but deceive their hearts, their religion is worthless. James 1:26

There still exists thoughtful, articulate and objective analysis of a few people in the style of Paul Gigot and Charles Krauthammer (may he rest in peace), but for most of the people in the news media, entertainment, sports, and political industries, tact, dignity and nobility have given way to vulgarity, profanity and vilification.

As Christians, we cannot allow ourselves to slide into the mud as we debate issues such as the protection of life, the defense of marriage, the vocation of family, religious freedom, the reality of biology as opposed to gender ideology, and other cultural, social, and religious issues which are under heavy assault in our country today. We have to realize that relativists, progressives and resisters are going to continue to castigate, condemn, mock, insult, deride, and degrade our faith, our way of life and our hope, but we only confirm their skepticism if we adopt their behaviors, tactics, and vocabulary.

Nor can we be shamed into silence while people with highly unchristian ideologies try to convince our children and our friends that men can actually be women, two women can marry and start a family, women’s rights cannot survive without abortion, etc…

Be angry but do not sin; do not let the sun go down on your anger, and do not make room for the devil…. Let no evil talk come out of your mouths, but only what is useful for building up, as there is need, so that your words may give grace to those who hear… Put away from you all bitterness and wrath and anger and wrangling and slander, together with all malice, and be kind to one another, tenderhearted, forgiving one another, as God in Christ has forgiven you. Ephesians 4:26-32

In 2014 the Chicago Tribune reporter wrote, “no president in our nation’s history has ever been castigated, condemned, mocked, insulted, derided and degraded on a scale even close to the constantly ugly attacks on Obama”. What would that reporter say today? I think he would have to admit that, while that was not very accurate, it is much worse for the current President and if things continue to deteriorate in our culture, it will be even worse for the next.

We all have to admit that the average American and therefore our culture, has lost the art of dialogue. We could all use a refresher course in civility. We could start the refresher by cutting the cords to our televisions and refusing to watch or listen to those who cannot control their harsh words.

Conduct yourselves honorably among the Gentiles, so that, though they malign you as evildoers, they may see your honorable deeds and glorify God when he comes to judge. 1 Peter 2:12

Though we are gentiles ourselves, this applies as much to us as Christians as we dialogue with the other members of the post-Christian society in which we live.

angercharitydialoguedisagreementshoutingspeechvitriol
06 29 2018
Back to all articles

Rising from the Ashes