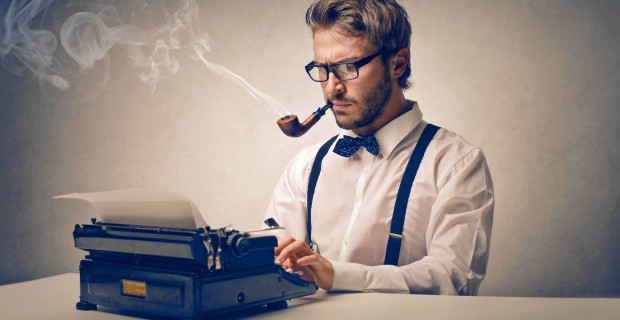 BEFORE WE BEGIN
‘The Gentleman’ has probably been covered ad nauseam, but experience has shown me that when you’re feeling nauseous, sometimes you just need to let yourself hurl and when it all comes out you should feel much better…er ………something like that. Anyways I’m writing another article on ‘The Gentleman’.

Jason Craig’s article, “In Defense of Gentlemanly Things” was a good Catholic article through and through. I highly recommend a read through, maybe even two! It captures and explains the role of masculine traditions as they relate to mentoring, our desires for initiation and belonging, and our rejection of radical individualism. It champions sacramentality and beckons men back to the “real” and away from the artificial. That said (and while I’m sure that Jason and I ultimately agree) Newman didn’t write his “Idea of a Gentleman” for nothing, and I think that a clearer picture of the good, the bad, and the dapper can be painted for the edification of all here reading.

FIRST PRINCIPLES WHILE AT SEA – AN ETHICAL SAFETY LESSON
In his book Mere Christianity C.S. Lewis explains morality by breaking it down into three parts. He writes,

You can get the idea plain if you think of us as a fleet of ships sailing in formation. The voyage will be a success only, in the first place, if the ships do not collide and get in one another’s way; and, secondly, if each ship is seaworthy and has her engines in good order. As a matter of fact, you cannot have either of these two things without the other. If the ships keep on having collisions they will not remain seaworthy very long. On the other hand, if their steering gears are out of order they will not be able to avoid collisions.

Moral theologians might call the first part social morality – we must be able to act rightly in relation to one another. The second part may be thought of as “self-harmony” – we have to be rightly ordered within ourselves so that we can rightly act. I would posit that both of these parts of morality are crucial to getting “The Gentleman” right. As Jason Craig pointed out, there is a certain importance to saying “please” and “thank you”. There exists a certain standard of conduct that a gentleman holds himself to. One must act rightly and when one does, when one holds oneself to that standard, one is considered to be a gentleman. Fair enough. We do not scoff at the standard. It governs and lifts us up. Bravo, standard. Similarly, one must keep oneself rightly ordered — Proper hygiene, appropriate pride in one’s health and appearance, and proper ordering of the intellect, the will, and the passions. The gentleman dresses well, keeps himself well groomed, examines his conduct and his thoughts and adjusts them so that they do not offend or cause injury. He cultivates his character. Builds virtue, roots out vice. Again, bravo…

But something is missing……………

It is this part of morality that I fear the pop-culture’s gentleman sorely misses and without it, there can be no sure success on the high-seas of Christian manliness – or ANY manliness for that matter. This, we call vanity.

VANITY OF VANITIES
“The Gentleman’s” defense has pointed out that vanity is certainly dangerous and certainly possible, but in their opinion, probably not the real heart of the issue. It is here that I must disagree, but my disagreement comes from a sort of equivocation. Peter Kreeft writes in his commentary on Ecclesiastes,

The point is “vanity”. What does “vanity” mean? Not of course, the “vanity” of a “vanity mirror”, which is narcissism, but “in vain”, “useless”, “profitless”. The Hebrew word means literally “a chasing after the wind”, a grasping after shadows, a wild-goose chase. And there is no wild goose. There is no end (telos, purpose), only an end (finis, finish), namely, death. What we need more than anything else in the world, a reason to live and a reason to die – this simply does not exist.

This is our great fear, of course: That there is no end. That there is no destination. That life is meaningless. And let me assure you, meaninglessness can be just as dangerous as pride. This is the sort of vanity typical of the world’s gentleman and is truly at the heart of the many issues surrounding modern man. Modern man, since he lacks “the kind of faith in God that is larger than life and therefore worth dying for and therefore worth living for”, lacks meaning. And as Kreeft also says, “when ultimate ends disappear, toys remain”. Toys? Toys. Like bowties…toys like tiny vests…like suspenders, like shoe polish, like beard oil, wing tips, pipes, and pomade. Toys….Vanity of vanities. I was meeting with an aging priest last year and during our meeting a few young college guys walked by, dressed to the nines, in 1950’s era fashion. The priest (a ‘farmboy’ of sorts) rolled his eyes and said to me, “What is with you young men today always playing dress up?” He looked at the college guys, but he didn’t see men. He saw toys. He saw vanity.

However, as Jason said, the image of the modern gentleman hearkens back to a former age. The soul of man knows that there is more than the artificial “progress” he’s been fed all his life and is hungry for the real thing. His appetite is real. No denying it. And this intuition is good, but perhaps not good enough. See – the appetite is real – men crave authentic masculine identity for themselves. The validation of other men. The self-knowledge that “I have what it takes” and that I “measure up” to the standards (previously mentioned). The appetite is real, and in fact, is overwhelmingly real. So real, that man may be tempted to ingest something that doesn’t quite satisfy. A boy learning to shave with a straight razor is not longing to shave like his granddad. He’s longing for his graddad. For authentic masculinity. But does he know that? Does he know that he’s hungry for ‘true food’? Does he know his mission? Does he know his destination? These are the first principles that underlie the true gentleman, and without them, “What do people gain from all the toil at which they toil under the sun?”

THE ANSWER
So where does this leave us? Are gentlemanly things evil? No, of course not. Can they be baptized? Surely, but their baptism presumes a first principle. Once more Kreeft writes,

The world’s purest gold is only dung without Christ. But with Christ, the basest metal is transformed into the purest gold. The hopes of alchemy can come true, but on a spiritual level, not a chemical one. There is a ‘philosopher’s stone’ that transmutes all things into gold. Its name is Christ.

When the ship knows its destination, it can better prepare itself for the journey. Better order itself internally and better interact with the other ships in the fleet. Once a man knows Christ, then the ‘toys’ begin to take meaning as they cease to be “in vain” that is, cease to be “useless”, and start to take on utility as they aid a man towards his destination. This can and should surely happen by means of mentoring and fathering. But let us then honor these hallmarks of masculinity rather than their surface-level counter-parts. I hate to be redundant, but I leave you with the last paragraph of “The Fad of the Gentleman”:

TRUE renewal of masculinity does not happen by means of beard oil or shoe polish. As Newman says, “the Church aims at regenerating the very depths of the heart.” Changing the externals is ok, but the renewal of masculinity comes with the complete transformation of a man, such that the speech, action, posture, and appearance of a man stems from his heart – a heart deeply converted to the Lord and informed by Christian principles. So, whether you have your suit and tie or not, allow your heart to be transformed and you will become a true and admirable gentleman.

Phelim Brady was born a Hoosier, baptized in “The Region”, and currently lives near Philadelphia. In May of 2012 he earned a B.A. in Philosophy and in Catholic Studies. He now works with college-aged students for the realization and propagation of Catholic Culture through community living, aesthetic experience, and steadfast commitment to Jesus Christ.