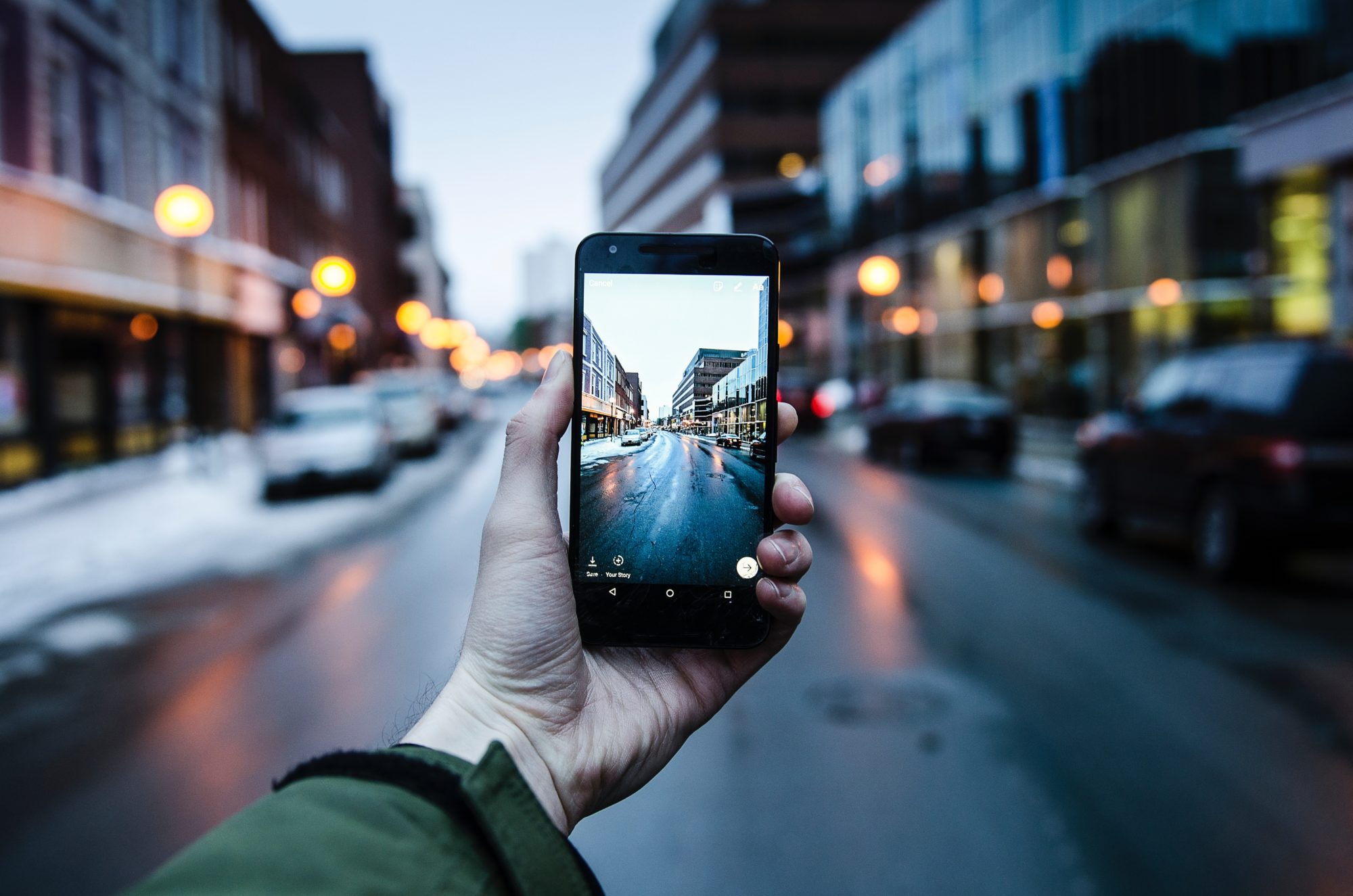 The average father cannot easily face the challenges he intuits, because he doesn’t understand them. And it is not because he is unintelligent, but because the force that has overtaken the totality of the developed world is too often unrecognized.  We don’t realize it in the same way we don’t realize air – its total presence is such a given as to be unnoticed.  Its so surrounds us we can’t even know its effects, and we’re removed enough from the order it replaced that we don’t have the memory or imagination to challenge its presence.  A father wants to fight this force, because it is displacing him as a loving and active authority, and weakening him in other ways, but knows not where to wield a weapon.  That unrecognized force is the technological revolution, the complete dominance of “The Technological Society,” as Jacques Ellul named it.  I don’t mean the mere advancement of tools, but the replacement of traditional sources of meaning and purpose with the meaning and purpose of technology itself.  It is no longer a distracting tool, but the ever-growing presence that cannot be avoided.  We are being displaced by this order, and to actively fight back means we will have to displace it in creative ways.

And please, before you react against the challenge to technology I’m proposing, please read the last sentences again.  I am speaking of the displacement of traditional sources of meaning, and I am not speaking of a mere creation of complex, efficient, or helpful tools.  As a sign of how we receive meaning through technology and desire to translate all actual experience through it, just consider how quickly people pull out a phone.  Not only do they use it to “look up” anything they need, to find their way somewhere without need for a map, but they also quickly translate any meaningful experience through it by snapping a picture.  We look to our devices for meaning and get meaning from our devices.

I’ve been farming for 6 years but I only made a website recently, to which more than a few people reacted in this way: “Wow!  Now it’s a real thing.”  It’s hard for us to imagine a thing existing meaningfully and not “shared” through technological means.  My point is, again, is not to say these things are bad.  Nitpicking the pros and cons of specific technologies is a tiring exercise.  The point is to note the reality of the technological order surrounding you, and how little of your life operates without it.  I am not asking you to take a side, but to acknowledge the reality and to consider the effect.

The Displacement of Persons

At its beginning technology is primarily a gain in efficiency to meet a legitimate need.  But efficiency is not gained without sacrifice, the cutting of “waste”, and often the addition of something new. Much of the modern era, especially in America, has seen efficiency in an almost absolute way – that any gain in productivity or advancement in technique is unquestionably good.  The fact is, however, that the primary thing replaced by machines are humans and the communities they inhabit.  There’s a cognitive dissonance when we praise the affordability and efficiency of Wal-Mart yet bemoan the loss of the mom and pop hardware store.  Human-less and robotic factories are not aberrations of the tech order, but the inevitability of it.  It is much better for our modern understanding of economy that we all be consumers of efficiently manufactured goods, not makers of things.  The point is clear: the effect of the technological order is the consolidation of economy and the loss of traditional work and community.

This industrial order gave us the middle class and undoubtedly lifted many impoverished people out of destitute situations, but now that it has moved overseas the middle class has nothing to fall back on because it also replaced traditional orders of society.  The opioid crisis has much to do with the loss of culture, meaning, and place.  Even global trade cheerleaders and economists like Meagan McArdle are now admitting that the fears over globalizing markets were true (something she argued against years ago), admitting that the so-called “free-market” is not able to absorb the displaced class of industrial workers – i.e. the middle class.  “Your job went to China,” she admits, “and all you got was a cheap iPhone.”[1]

The Place of Connectivity

We only understand ourselves and our place in the cosmos through and in relationship. A man is a father and husband because there is a son and wife.  Without the other he is unsure of why he is here, who he is, and what he is for.  “It is not good for man to be alone.”  And relational bonds are not intellectual constructs, but have practical functions and manifestations like providing and protecting.  We need them.

Those identity giving relationships are forged, between generations for example, in the practical and sacred work of a real place – chopping wood, constructing sheds, serving customers (neighbors), learning a craft.  This is very different than harnessing SEO capabilities to ship products to unseen consumers.  It is in the often wordless shoulder-to-shoulder tussle with reality that wisdom is learned – in the embodied experience of creation and people that ultimately gives way to a knowing of God Himself in them..  I’m not saying it is impossible to connect with a person through other means, but the traditional activities were not replaced when displaced by the technological order.  Watching TV together is not the same as shared work and leisure.  Media is not a “place” nor a “person”, but it distracts us from both, and as our work and ways of life are more and more “uploaded”, we lose the connectivity to persons and place that we need to be human.  Millennial dads scramble today as their kids get older to find anything close to meaningful activity that is not amusement and consumption based, sprinkled with obviously constructed “lessons”.  The fact is, the places and people that gave meaning in the past are more distant than ever.

So, instead of learning to use a map and know the contours of a place, learning names of streets and landmarks, we listen passively to the “turn right” and “lefts” of a GPS.  Instead of asking our father how to replace an electrical outlet, we Google it.  We don’t even leave our house to purchase things today.  Of course the electrical outlet once displaced the candle and the culture that surrounded it, but the nature of what we face now is more isolating than that change.

In previous revolutions, eventually what was lost in the old order is realized, and perhaps the zeal of the revolution is tempered into more of a reform. (A revolution does away with an old order, while a reform purifies an old order.)  It would seem this is not going to happen with the technological order, because meaning itself now comes from and points to technology, not community and tradition.  This tension with technological society was not dealt with seriously before the advent of the personal device, and now as the all-encompassing techno-order has been distilled to each individual, each individual now lives alone in it.  It doesn’t matter how many articles you read about social media making people more isolated and unhappy – you go to it anyway because we might not like how things are going, but when we look up and everyone else is looking down we ask, “To whom else shall we go?”  To counter this is going to require creative and imaginary work be people in community.  It is more challenging because while we can be informed by things of the past, very few of those things are within actual reach and memory.

The most obvious thing is to be intentional.  It will require effort and sacrifice to disconnect from the overly connected world.  If you are blessed to be in a place that has some sort of inherited customs – music, craft, work – it is more important than ever that you learn and treasure those things.  “Intentional communities” ring of affectation, but we also know that community is not going to happen unintentionally.  The way to bring a more organic feel to that is to recognise the places of actual need and connect in those needs.  Moms should be cared for after childbirth, fathers should be helped in their home-based work by other men and sons should be invited into that work.

Prayer should of course be done together, but so should study and acts of mercy.  I do think some of us should be heroic enough to forge ways of living totally detached from media, but most of us should at least seek to displace the things that displaced our connection to each other and meaning, and enter together into the simple acts of life that are a part of the natural order of creation and life.  Do not fear if these “ways” look very different from place to place and there is not a universal bullet list of “easy ways to find meaning,” that’s actually a great sign of hope.

communityfatherhoodrealityrelationshipTechnology
01 / 17 / 2018
Back to all articles