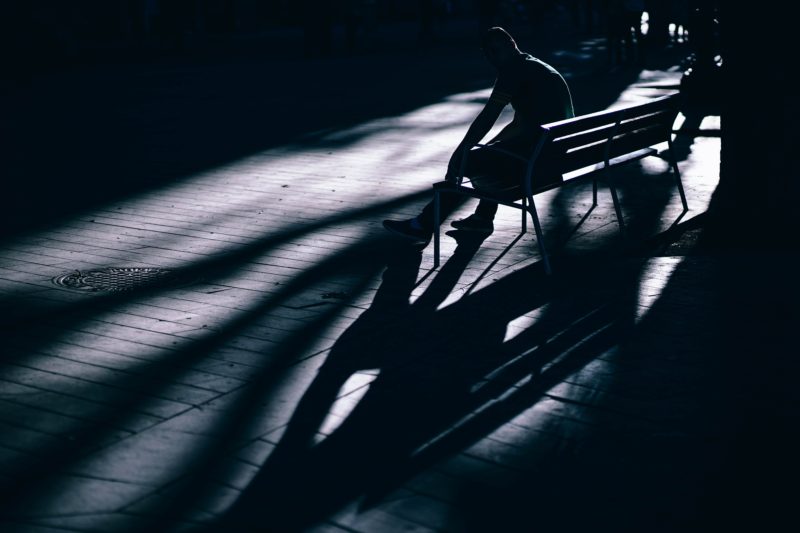 My father was the best man I ever knew. As a man, he was everything I ever wanted to be.  He was an outdoorsman par excellence, he loved his wife (my mother), and he always made me feel loved and spoke to me as one person to another, imparting his wisdom with kind firmness.

Dad was also a very troubled man and struggled with depression for years without letting his burden affect our time together.

During the economic downturn of the early nineties my father lost his job (he worked in construction) and, seemingly along with it, his identity.  He was sullen, sorrowful, lost.  He told me once that he wished he could find the end of his rainbow so he could provide what he should for my mother and me.  Within a few weeks of telling me that my father was dead.  I was eight years old when my father took his own life and left me and my mother to the caprice of the world.

In December 2001, at the age of 19, I became a father for the first time. My son Connor was my and his mother’s world. While holding my infant son I made an oath before God that I would never put my son in the same predicament that my father had put me, that of a fatherless boy. I would be there for my son.

During that time, I worked full time from 4pm till midnight, slept for 5 hours and went to College during the day, my wife and I bought our first home, and I got a job as a teacher at a Catholic school in the Diocese two hours from home. I taught religion and social studies to some wonderful kids for almost three years. Then my son became ill and I made the decision to give up my career so I could spend more time with him and his siblings, I chose to be present, not just “there”.

Throughout my life I have dealt with the loss of my father. I’d ask myself questions like, “What is a man? What should a father be like? How tough should I be on my kids?” and then answer them with what I thought my father would say. Even my decision to enter the Catholic Church was in part due to the answer I received from the priest teaching the RCIA classes my wife and I attended when I asked about the Church’s views on suicide.  The kind and thoughtful answer was one I had not experienced from a Christian before. He told me that the Church teaches that a mortal sin requires full consent of the will, and since my father was in a mentally unstable period (he had even sought help), that it was possible for God’s forgiveness to reach even into that. My father may be in Heaven and with God, despite his self-inflicted death. This was a turning point for me.

Suicide is a silent killer and is the 10th leading cause of death in the United States. For every suicide, 25 other people attempted to end their lives but did not succeed in doing so.  When my father died it left a void in my life that can never be filled.  I’ve known others who thought it was their only way out, but I will tell you all that it is not.  As a man who has struggled with thoughts of suicide and known the horrible consequences that it has on a family I can only say that there is nothing noble or strong in ending one’s own life.  Living, even under extreme pain and depression, takes true strength, strength that no man alone possesses.  That strength of purpose must flow from God and through all those of us who struggle with thoughts of suicide. It isn’t weak to seek help.  You’re not less of a man for talking about your feelings. Think always of your wives, sons and daughters, brothers, sisters, mothers and fathers.  Think of the void that you will leave, the memories that will never come to pass, the affirmations of love that will never be spoken. Never believe that your loved ones are better off without you. They’re not, trust me. As a son, I look to my father as my son looks to me, just as The Son of God looked to His Father; and I say, “Father forgive them, they know not what they do” (Luke 23:34).  God bless and keep you all.

challengedepressionemptyforgivenesslosslovestruggleSuicidevoid
06 / 16 / 2018
Back to all articles