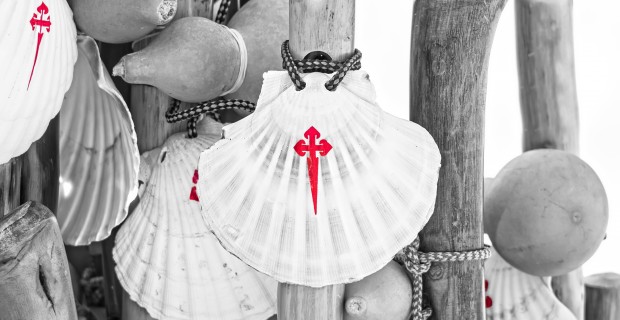 Today is a nice rest day between the hills of yesterday and the mountains of tomorrow. In all my years of reading guidebooks, I’ve never come across a line so intensely condescending  and so immediately soul-crushing as this one.

It was Day 2 of the Camino Primitivo, an ancient pilgrimage route across the northwestern corner of Spain. We were a few kilometers into a two-week route to the tomb of St. James in the city of Santiago de Compostela. At some point during Day 1, the toe box of my tried-and -tested Keen hiking boots had entirely collapsed, creating a torture for my feet likened to the fourth level  of Dante’s Inferno. But today was a nice rest day between the hills of yesterday and the mountains of tomorrow;  the dozen blisters on my toes seemed to strongly protest.

It would seem logical that 15 years of backcountry experience  traversing Colorado’s finest ranges should be a sufficient preparation for walking through gloried farmland on the back roads of Spain; but that would be to think as man thinks, and not as God thinks. And for 1300 years, people have set off on the Camino in order to learn to think differently.

As Americans, we love success and admire successful people. We are not interested in reading stories of the guy who almost summited Everest or who got second place in the Tour de France. We desire to succeed and have assigned it a place of utmost importance. Yet where does this come from? It is certainly not a Catholic teaching because it is not a Gospel reality. The reorientation for the American Catholic in this area is a daunting one, undertaken by few.   But at the heart of the new evangelization is an examination of conscience around success, and like all examination should lead us back to the central realities of the faith.

Cardinal Ratzinger, in a meditation on the Eucharist, took up the question of the failure of Christ in the crucifixion, a section that is worth quoting at length:

Did Jesus fail? Well, he certainly was not successful in the same sense as Caesar or Alexander the Great. From the worldly point of view, he did fail in the first instance: he died almost abandoned; he was condemned on account of his preaching. The response to his message was not the great Yes of his people, but the Cross. From such an end we should conclude that Success is definitively not one of the names of God and that it is not Christian to have an eye to outward success or numbers. God’s paths are other than that: his success comes about through the Cross and is always found under that sign … it is not the Church of the successful people we find impressive … what strengthens our faith, what remains constant, what gives us hope, is the Church of the suffering (Ratzinger, Collected Works on the Liturgy, 259-260).

Success is not one of the names of God, a staggering reality demonstrated by the Crucified. Yet death does not have the final word, as we know from the reality of the resurrection. But the reality of failure on the cross is what conditions the immensity of the Easter joy, what JRR Tolkien refers to as eucatastrophe. It is a different kind of victory when it follows from failure. Thus if we eclipse the cross of truly embracing failure, we strip and distort the experience of salvific victory.

This is a beautiful theological insight that offers absolutely no consolation when your toes feel like firecrackers. I professed the paradox of the cross when I returned to the faith but on that nice rest day on the Camino, somewhere between the towns of Bodenaya and Campiello, I had no interest in this teaching. It’s difficult for men to be weak. It’s damn near impossible for them to be weak when leading. As a priest, I knew I carried the office of shepherd in a particular form, especially during a pilgrimage abroad. And though I knew the others could manage for themselves, at the end of the day, I would be the one to render the account. When the feet started to break down, it was difficult to figure out the manliest articulation of “Hey Guys, my toes really hurt, so I’m going to have to take a taxi while you walk.” Now that is a guy you want to follow.

To experience leading from one’s weakness is a gift, one that only begins to make sense in prayer. But reflecting more deeply, this is the paradox of priestly leadership and the reason why the world, in its incessant appeal for change, does not understand our role – we were ordained to fail. Von Balthasar writes that because No human way of life is ever totally adequate to the greatness of the divine mission conferred on the priestly office … his [the priest] gift of self has primarily the form of humility (Balthasar, Christian States of Life, 263). The priest loves through being unable to fulfill what he is, living in a gaping discrepancy of the man he is and the man he is ordained to be. For that reason, every priest who seeks Christ can expect the joys of failure, rejection and suffering to aid in the configuration of his heart. But all this for the greater purpose: the deeper the experience of the crucified failure, the deeper the experience of the risen victor.

Whether considering the Camino or the span of our lives, we know the way is long and filled with unknown challenges. But when the illusions of the ego have dissipated, what remains is the reality – the Resurrection victory. Only in this can we have true rest in failure, even if it happens between the hills of yesterday and the mountains of tomorrow.

No Other World Religion Has Any Similar Claim: Suffering Becomes Love

Why Laymen and Priests Don’t Relate