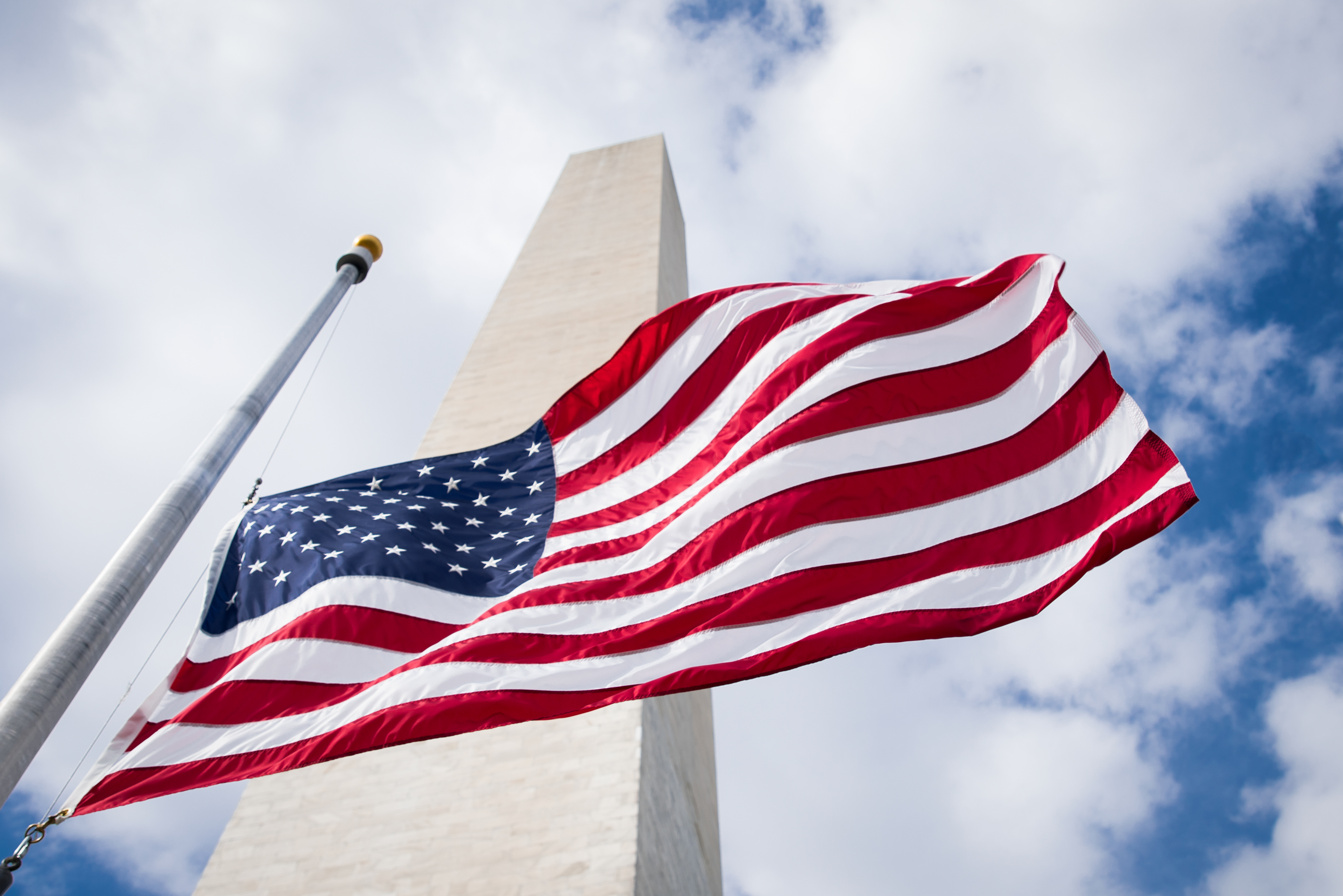 One of the strangest things about the 2016 presidential campaign is the revival of socialism as a mainstream political ideology. Socialism is not something widely understood in America today, in part because we’ve been remarkably shielded from most of its effects. Ask one segment of the population what socialism is and they are likely to reply with “Obamacare,” while another may think it means “free” college. Ask some Catholics and they may even claim that Jesus was a socialist. Others may like the idea of socialism simply because in theory it runs counter to the corruption and excess of Wall Street, or it’s the “anti-establishment” thing to do. For many young, wide-eyed, and naïve millennials, socialism is a utopic vision for the future where everyone is happy because the government has righted every wrong and satisfied all our needs. Or, as is more likely the case, supporters of socialism won’t be able to define it at all.

In a recent analysis of the 2016 primaries, Mr. Jeffrey Tucker writes  “It’s amazing that we should still be talking about socialism at all today,” yet we are because so many people see “the greatest failure of the 20th century as a solution for the 21st.” But socialism isn’t just the greatest failure of the 20th century; it is also one of the greatest evils. Pope Leo XIII, the author of Rerum Novarum – arguably the preeminent social encyclical of the Catholic Church – recognized the problems inherent in socialism years before all the Socialist upheavals of the early 20th century. Socialism, he states, “is highly unjust, because it violates the rights of lawful owners, perverts the functions of the State, and throws governments into utter confusion.”

He continues at length:

“Therefore, inasmuch as the Socialists seek to transfer the goods of private persons to the community at large, they make the lot of all wage earners worse, because in abolishing the freedom to dispose of wages they take away from them by this very act the hope and the opportunity of increasing their property and of securing advantages for themselves.

But, what is of more vital concern, they propose a remedy openly in conflict with justice, inasmuch as nature confers on man the right to possess things privately as his own.” (Rerum Novarum, 7)*

Volumes could be, and have been, written on the detrimental effects of socialism as an economic and political system, while Rerum Novarum, other Church documents, and countless other writings have detailed its disastrous philosophical and theological implications. The flavor of socialism as described by Pope Leo may be more heavy-handed than the “softer” European socialism of our contemporary era and that advocated for by some presidential candidates, nevertheless, his prophetic warning about the unjust nature of socialism rings as true today as it did more than a century ago. One only need count the millions killed in the 20th century by socialists like Lenin, Stalin, Mao, and Guevara to grasp the scope of injustice brought about by this system.

However, this essay is not meant to be an economic or historical treatise. Instead, it is intended to be a warning for my fellow men to avoid the dangerous trap of this enticing ideology in all its forms. We (and Catholicism in general) are under direct assault from it, for it undermines three essential virtues, or characteristics, of the Catholic male ethos: providing for others, sacrificing of self, and the exercising of free will.

I) Providing for Others

One of the principle qualities of the Catholic man is his desire to provide for others, principally those under his charge. Here St. Joseph is the quintessential figure. Married men, fathers in particular, know what this quality demands of us. It is why we work, because our work is inherently tied to our dignity as men. It is the reason we get up before dawn to head off to work to provide for our family. It is why we think first of the comfort and needs of our children before our own. It is through our work that we provide what is necessary for our family. But socialism takes away from the dignity of men because it takes away from the dignity of their work. Under a socialist system, men do not engage in work to provide for their family; they engage in work to provide for the government, because it is the government that will provide for our family. That may sound nice, but it is ultimately soul-crushing and unsustainable. Authentic masculinity demands that men provide for others and those under our care come first, not the government.

II) Sacrificing for Others

Any man who works hard to provide for his family knows that the very act of providing requires sacrifice. These are inseparable qualities. As Christ’s ultimate sacrifice on the cross provided us the opportunity to attain eternal life, so do our daily sacrifices help to provide the daily life for our family. But under socialism, the need for sacrifice is reduced, if not eliminated, since the government has inserted itself into the family and community structure. It is true that under our current free-market system many families do sacrifice enormously in an attempt to make ends meet. The excesses of the market do allow many to fall through the cracks. But that is why we must sacrifice. It is not enough to see those in need and allow the government provide for them. We as Catholics must sacrifice to help those who are less fortunate. Catholic Charities, the Society of St. Vincent de Paul, and the Knights of Columbus exist for this very reason. Providing for others demands sacrifice on our part, not government intervention.

If providing for others is only possible through sacrifice, then sacrifice is only possible because of the divine gift of free will. It is impossible to sacrifice without purpose and intent. If we rise before dawn and head off to work simply as an automaton with no real purpose, no desire to provide for our family or sacrifice on their behalf, then our work is empty. Sacrifice gains its luster when we willingly choose it, accept it, and embrace it, just as Christ embraced the cross of His crucifixion. As Pope Leo says, socialism abolishes “the freedom to dispose of wages” and conflicts with man’s “right to possess things privately.” This does not mean by virtue of our free will that we should indulge every desire for gadgets and luxury; rather, free will should lead us to willingly sacrifice all the more, for we know that is how to grow in holiness and virtue. When government hinders our ability to sacrifice with real purpose and intent, our ability to provide for those under our care is diminished. Our free will should be exercised so that we might sacrifice for those in our care, not for the government.

Men, these are but some of the dangers of socialism, which unfortunately recent polls suggest many of our brothers seemingly do not grasp. There is cause for alarm, but also reason for hope. Young voters, especially men, are engaged in politics to a degree unheard of in recent times. Many of these young people have gravitated towards socialism because they sense the depravity of modern society. They know the existing order is largely a decaying vapid morass of excess and wantonness. These young people hunger for truth and for magis, as St. Ignatius Loyola would say. But the satisfaction they seek cannot be found in any ideology, because what they really desire is not of this world. And so we must warn of the conflict between Catholicism and socialism, which the noted Irish economist Dr. George O’Brien explained so eloquently:

“The opposition between Catholicism and socialism arises from the fact that both attempt to cover the same field. Catholicism is not merely a religion, any more than socialism is merely an economic theory. As we have already seen, the acceptance of Catholic teaching on religious matters involves the acceptance of Catholic ethics in the domain of politics and economics, and a Catholic society is deeply coloured by the religious teaching of the Church. Socialism, on the other hand, does not and cannot stop at the mere readjustment of men’s economic relations in society; its basic principle, that man is in his present evil state because of evil institutions, cannot be restricted to questioning the institutions of inequality or of property, but inevitably advances to question every other institution as well – marriage, parental control, and religious institutions. Thus, Catholicism and socialism both claim to regulate human life in all its aspects; and, as they are based on fundamentally opposite principles, it is inevitable that they must conflict, and that each must endeavour to destroy the other.” (An Essay on The Economic Effects of the Reformation, IHS Press, pg. 122)

Heed this warning my brothers. Socialism is wrong for men, because it is wrong for our families, our world, and the Church. Socialism is not just another ideology; it is in direct conflict with our faith. We must not allow it to undermine what is true, noble, and good about authentic masculinity. And no, Jesus was not a socialist.

freedompoliticsprovidersacrificesocialismwork
09 05 2016
Back to all articles

4 Areas for Growth in Masculine Confidence

Know Thyself: Reconnect With Your Ancestry