A Reflection on Sheol for Holy Saturday 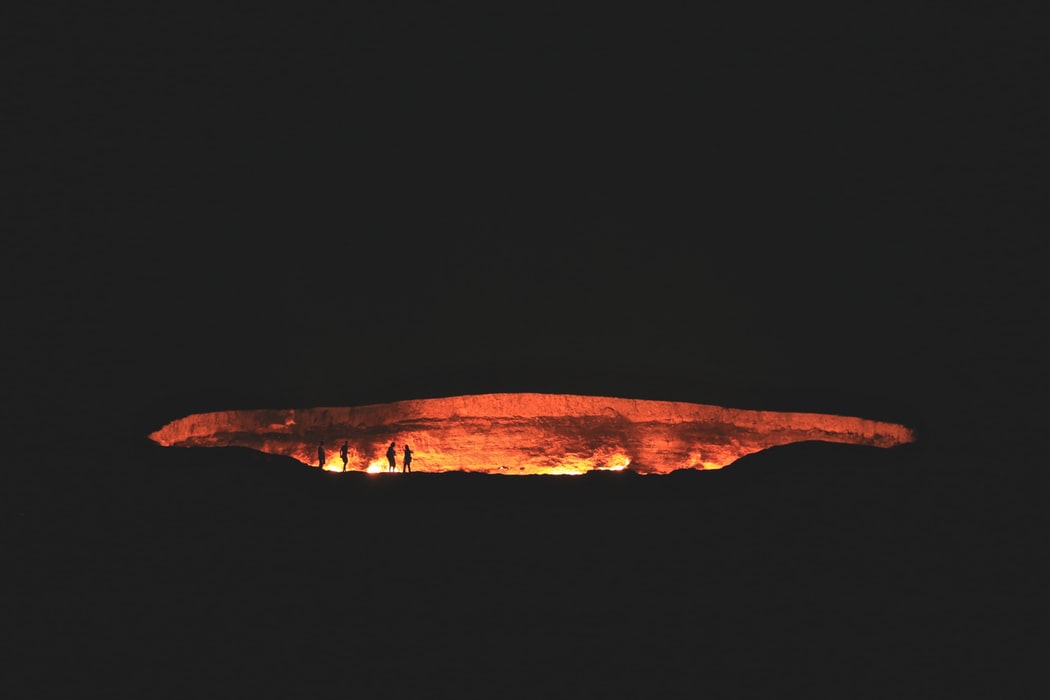 Sheol is a Hebrew word in Judaism which describes the place where those who have died are congregated; it can be translated into English as “pit” or “abyss”[1], and is described in the New Testament (in Greek) as Hades which is then translated into the English word “Hell”. In short, Sheol is equivalent to Hades which is equivalent to “Hell” and is understood to have two areas: The Abode of the Just (or Abraham’s Bosom), and Gehenna (cf. Lk. 16:22; Mt. 18:9). Between these two, there exists an uncrossable chasm (Lk. 16:26) which separates those who have been faithful to the Lord and those who have not.

Before the coming of the Anointed One, the souls of those who died, whether righteous or unrighteous, would be held in a state of suspension, separated from both God and the world with their souls kept in the confusion of Sheol and their bodies decaying into dust in the earth. “Sheol was imagined to be a dim, shadowy place that allowed a diminished type of survival after death. It did not, however, liberate man from the more perverse and adverse effects of creation: exclusion from perfect communion with God and men,”[2]. Heaven, once open to full communion with mankind, was closed because of our exile from Eden, and for the Jews, Sheol was their destiny until the coming of the Messiah.

As stated, Sheol can be thought of as a dark and shadowy place, devoid of light: namely, the Divine Love. I imagine that the souls wandering there felt unsure that God would save them, and were perhaps questioning the truth of the promises from scripture. Psalm 16:10 reads, “For you will not abandon my soul to Sheol, nor let your devout one see the pit,” but how distant those words must have seemed to those in the pit, like the far off cries promising freedom coming from someone up above whom it is discovered does not have a rope with which to save.

As Christ drew his last breath and his body and soul were separated in death, the veil separating the Holy of Holies from the world was torn from top to bottom (cf. Matthew 27:51). At the tearing of the veil, the Light of God shone for everyone to see unreserved. This tearing of the veil surely did not stop at the end of the curtain in Jerusalem; it (or rather, He) continued on into Sheol as well. Amid the uncertainty and darkness, the rending of the veil allowed a brilliant light to shine on the souls within; the resplendent light of Christ invaded the temporary resting place of those redeemed, relieving them of their anxiety and restlessness.

I think we can experience a small taste of Sheol even today, although it is perhaps only a theoretical taste given that we are living after the Resurrection which means that Sheol has already been emptied by the dying and rising of Christ. Our “little Sheol” could be likened to our experience at the Easter vigil. On Good Friday we remember, in an active way, the crucifixion of our Lord. This no doubt leaves us in some sort of state of sorrow and frames for us the mood of the apostles and, to some extent, those righteous souls left waiting in Sheol (though we have the added benefit of knowing that Easter is coming and that Christ has risen). It is with this listless despondency that we enter the Easter vigil.

The vigil begins with the lights extinguished; all is dark and solemn, and the people gathered in wait, unsure of exactly what is going on outside. It is here that we can reflect on the experience of those in Sheol: the faithful gathered together, waiting for the fulfillment of the promise God made to them, wondering if (and hoping that) his words were true.

What is that? A murmur through the crowd as people start to look around to see what is coming: it is faint at first, a distant glow, but drawing nearer. Could it be? Has the time of fulfillment come to lift these chains of bondage from my hands? Has God finally come to rescue our weary souls? Look, Abraham; behold, John the Baptist, I see one coming like a Son of Man, the light of salvation emanating into our pit of darkness. Yes, the time has come; we will be set free!

Reflecting on how long this darkness will last, unable to fill my idle time reading the missalette before the vigil, I feel a shift in the air, the doors open and I see something coming. It is faint at first, a single flame prevailing against the wind. Has it started? Has our Lenten fast finally come to an end? Look, children; behold, brothers and sisters, I see Father coming in persona Christi, the light of the Easter candle held high before him. Yes, the time has come; Christ will rise today!

And so it was (and is) that all the faithful huddled together in their uncertainty, in their quiet darkness, were delivered from their void and brought into heaven following the light of Christ. Praise Him that we are given such a perfect gift, and may we reflect on the saving power of our Lord’s death and resurrection every year on its memorial.

[2] Amorth, G. with Stimamiglio, S. (2016). An Exorcist Explains the Demonic. The Antics of Satan and His Army of Fallen Angels. Manchester, NH: Sophia Institute Press.