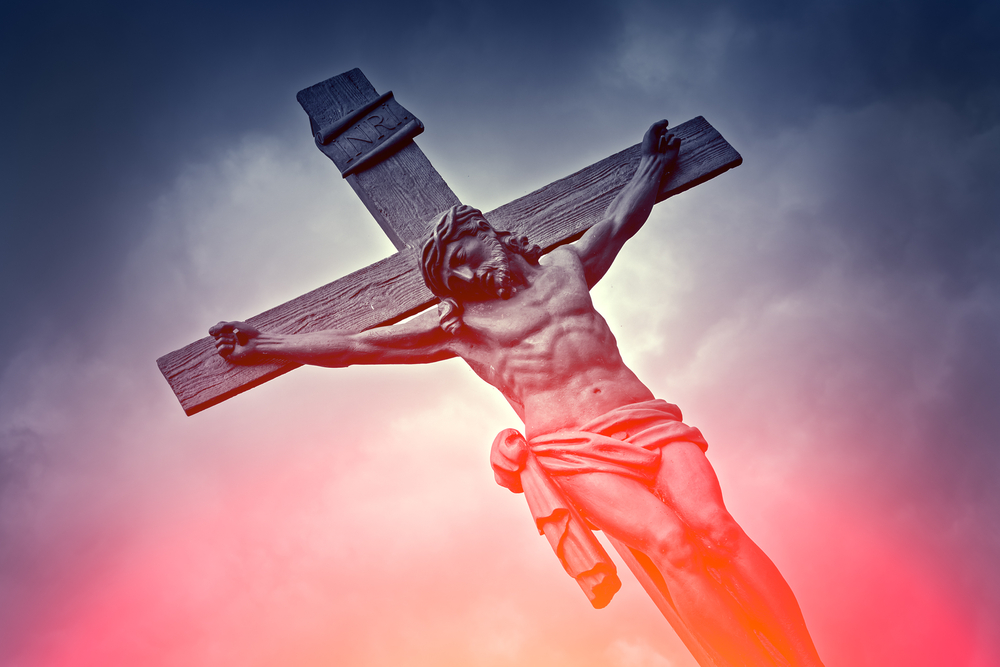 When we go to Mass, we are brought into the presence of Christ’s sacrifice on the cross which took place at Calvary two thousand years ago.  His one sacrifice is again made present; what happened on the cross and what takes place on the altar at Mass is the same sacrifice – yet present in different modes.  This understanding helps us to better participate in three ways:

First, in both modes (cross and altar) are we are united to the sacrifice.  Jesus’ sacrifice on the cross is our death to sin: Jesus became sin for us. The Father “made Him to be sin who knew no sin” (2 Cor 5:21).  At Mass the same thing happens: we are offered as sacrifice along with the body of the Lord (Catechism no. 901).  We offer all of our joys, sorrows, intentions and weaknesses, the things we like about ourselves, and the things we dislike about ourselves.  We offer everything: family problems, marriage issues, conflict at work, everything.  We give our whole selves in every dimension.  We offer our very lives to God the Father, along with the Sacrifice of Christ, by uniting ourselves with Christ crucified, as we are brought into His crucified presence at the altar.  So, in the one sacrifice of Christ—both on the cross and at the altar—we are offered.  We come to Mass, then, with the disposition of giving our whole lives in this way.

Second, how are we united with the one Sacrifice?  Through a priest.  In the sacrifice on Calvary, Jesus Christ—the eternal high priest (Heb 4:14)—takes us up with himself and offers us as sacrifice to the Father.  At Mass the priest, acting in the person of Christ (the head of the body), offers our sacrifice to the Father: “Pray, brethren, that my sacrifice and yours may be acceptable to God, the almighty Father.” Later, he says: “In humble prayer we ask you, almighty God: command that these gifts be borne by the hands of your holy Angel to your altar on high in the sight of your divine majesty…”  So the sacrifice is always offered by The Priest (Jesus Christ, as at Calvary) and the one standing-in-the-very-person-of-The-Priest (the ordained priest of Jesus Christ, as at Mass).  So, not only do we come to Mass with the intention of offering our whole selves, but also that we are making this offering of ourselves through the hands of the priest.

By uniting ourselves to the Sacrifice of Jesus Christ in the altar and in the cross, we put to death all the brokenness and sin in our life, so that we—who share in his death—might also, on the last day, share in his Resurrection.

Altarcrosssacrifice
03 25 2016
Back to all articles