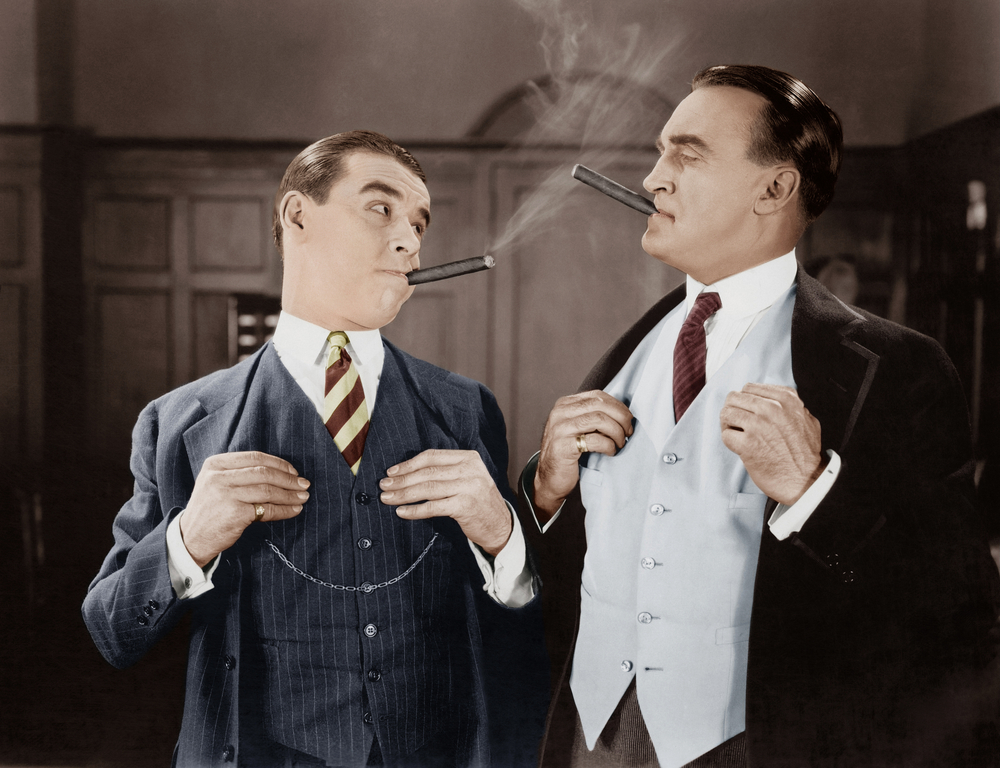 St. Francis De Sales, a doctor of the Church, teaches that humility is the virtue we need to have before God, whereas meekness is the virtue we want to have before man. That definition is worth reading again, since few Catholics today know the difference. Humble before God; meek before men. Ignorance of this distinction is evidenced by the fact that even Catholics may label good, strong-willed men as “arrogant.” On the other hand, invertebrate men are usually called “humble” for getting along with everyone. The latter category may perhaps be meek (before men) but they cannot be humble (before God) because God expects us to stand for something, namely Himself. Humility is the state when I realize that I am a creature standing before the Creator.

Let me give you two opposite examples.

Example #1: I recently heard of a priest who explained his diocesan vocation by saying “If I were a hermit, whose feet would I wash?” At first blanche, this sounds very sweet and service-based. However, it denigrates the ancient theology of the Church, namely, that hermits are serving millions of people in the Church Militant, and even the Church Suffering: A good hermit spends all day washing the “feet” of those in purgatory. Moreover, the Church has always understood Luke chapter 10 to indicate the primacy of the contemplative life. The active life is where we diocesan priests may be “troubled about many things,” but a hermit has chosen “the better part” (Luke 10:41-42) to contemplate at the feet of Jesus.

Example #2: I had a buddy in seminary who was ex-military. He was loud; he wrestled guys and annoyed them (especially me.) He teased men and women incessantly. He was not a meek person. But I knew him well. I knew he was humble: I would see him on his knees in the chapel at night, for he knew his place before God. Despite his antics, he had a sensitive conscience to always teach what the Church teaches, even when it costs. Even now as a priest, he is generous in prayer and mortification, even if he is a bit loud and annoying at times. He brings hundreds of young people to Christ because of how funny he is, even if they don’t realize that his being “real” is actually a deep humility. By “real,” I don’t mean “overly-relevant.” I mean he doesn’t take himself seriously; he takes God and sin seriously. Is it surprising that a loud, strong-willed priest could be “humble”? Look at both St. Peter and St. Paul. A post-modern would not think they were meek, say, Acts 23:3. However, if you watched Peter or Paul die, then you would know they were humble.

It’s best to have both meekness and humility, and by the end of their lives, St. Peter and St. Paul had both. But if you could only have one, it’s better to have humility. Why? Because we are called to please God, not men. The First Great Commandment comes before the Second Great Commandment (Matthew 22:34-40). In fact, loving one’s neighbor flows from loving God boldly. For example, St. Padre Pio would bellow at curious people who came into his confessional without firm resolution of amendment. They would leave his confessional, crying with a devastated ego for not having received absolution (See John 20:23). But a good 95% percent of these broken penitents came back to him—this time weeping with repentance and thanksgiving. Yes, Pio had gifts of reading hearts unlike most of us, but it teaches all of us priests an important lesson: God gave faith to Pio’s penitents in reward for Pio being faithful to the Church’s law of an integral confession. No priest—severe or silly—can infuse the gift of supernatural faith. Only God can do that. We just have to be faithful to Him. That is why no man can weigh the consequences of a good action that may cost him his job. God is faithful all the time, and He alone is the author of history. Thus, good ends do not justify bad means, even if this was to make peace (See John 11:49-53). We’re simply called to be faithful to God—today—and hopefully a few people will come along (John 15:18-21).

Today, while driving through a crowded parking lot in a poor part of town, I looked and wondered how many people around me were actually happy. Then it hit me: It didn’t matter. You need humility to get into heaven, not happiness. Think of how many unhappy Christians were recently killed by ISIS. They died miserable deaths, but they would not give up their faith in Christ, so now they’re in heaven with supersonic happiness. They needed humility to get there, not a wishy-washy falsely-ecumenical compromise with ruling forces. In fact, if they had made false-peace with the Muslims over their convictions, Christ is clear that they would have endangered their salvation (Mark 8:38). We need to remember them during the next year, as we American Catholics are called “bigots” or “arrogant” or “unmerciful” when we hold God’s revealed law in regards to abortion, sexuality or family. (Actually, these topics are natural law, not revealed law.)

Nevertheless, we need to be supremely merciful and just as compassionate in these days of unprecedented Divine Mercy when the Father wants to win every prodigal back home – back to His love – even if he or she is struggling with the most violent spiritual attack. God the Father embraces the prodigal with all his issues; The Father shows a reckless love. We have to do this. It’s actually not that hard to be both merciful and indomitable (a Thomistic virtue meaning you won’t be cajoled or bullied into thinking or doing what people want you to be or do.) Here’s a little secret: If you really really fulfill the First Great Commandment, you will find that enemies of the Church will first listen to you, and then come to know Christ. They will see Him in you, or at least they will trust your sincerity. Thus, the First Great Commandment flows into the Second. Humility and meekness—you can have your cake, and eat it too, it turns out. I may not have either one, but I do know from the lives of the saints that one must begin with humility—a humility that bows before Jesus Christ and His One Church.