Making the Case for Fraternal Correction 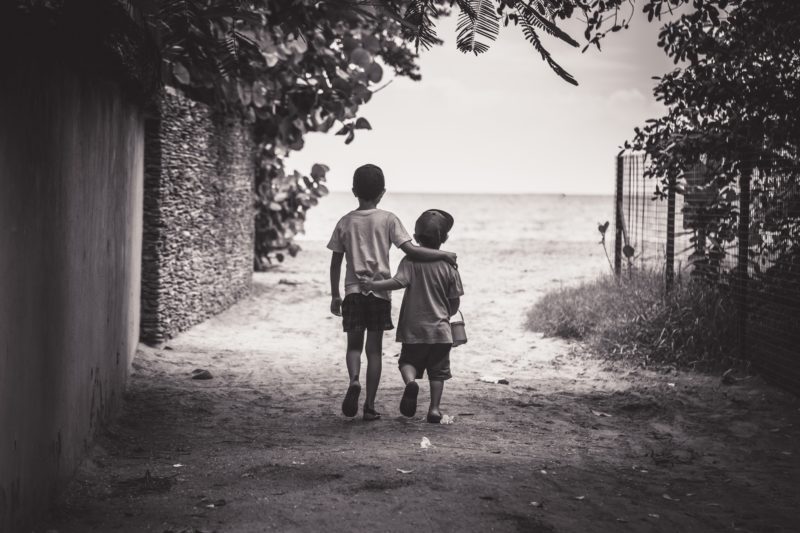 People are sensitive to correction, and usually, being corrected brings with it a feeling of inadequacy, resentment, anger, distrust, or any one of countless other negative emotions. In a world where the worst thing that one person can do to another is to offend them, we are forced to tip-toe around topics of potential conflict, especially when it comes to correcting someone’s morals. Often, folks today don’t believe that anyone has the right to correct them, and take it as an offense whenever it happens. This is, I think, the result of the acceptance of relativistic philosophy. Within relativism, there is no objective truth and therefore, no valid correction, only suggestion. But as Christians, we must reject relativism because we have been given the fullness of truth in Christ. God shows us the truth of ourselves, our universe, and most importantly, the truth of his only-begotten Son, Jesus, and what his life, death, and resurrection mean for the salvation of the world. Since there is objective truth, there must also be a valid and necessary form of correction to keep us always oriented toward God, from whom truth itself flows (cf. Jn. 14:6).

Indeed, one of the most important testimonies to this fact is the incarnation of God in Jesus Christ. By the life of Jesus, God condescends to live among us, to assume to our human stature, and to deliver his divine, yet fraternal correction to his beloved children who, through the Incarnation, also become his friends: “I have called you friends, because I have told you everything I have heard from my Father,” (Jn. 15:15). Therefore, we have a link between friendship and conversion: fraternal correction. Jesus provides us with a model of fraternal correction through his ministry. His parables, sermons, and actions show us how to love one another and how to strive toward holiness as a community. Given this model, we are called to be like Christ to others, to radiate his light to the world so that others may come to know the ultimate revelation of God (cf. 1 Jn. 2:6; 1 Pet. 2:21). Jesus’s physical feet no longer walk the earth, but the mystical body of Christ—the Church—is alive and well, and is responsible for continuing the ministry of Christ until the end of time.

In our fallen world, we have a need for correction throughout our entire lives; and further, we have an obligation to provide fraternal correction to others where appropriate. But pointing out that the way people are thinking or acting is wrong is never an easy task, especially when it comes to issues of morality like those dividing modern society. Being a Christian is hard and would be impossible without the guidance of the Holy Spirit and the support of the community of believers. The teachings of the Church—the Truth—are difficult; even Jesus’s disciples voiced this after the Bread of Life Discourse pronouncing, “This saying is hard; who can accept it?” (Jn. 6:60). Correction was then, is now, and will always be hard to hear, but there will be times when we need to hear it.

So, when is it appropriate and when is it not? Can we simply go out and tell strangers that their actions are sinful and that they should repent and turn to God? In many scenarios, that approach is not going to be effective. It’s hard to think that telling someone they’re going to Hell is going to get them to stop sinning; it is even harder—impossible, perhaps— to get them to stop if they don’t believe in Hell at all. If a person either disbelieves that God exists or has no reason to believe, then Hell is abstracted and not taken seriously, which means that telling them that they’re going to Hell isn’t going to do diddly-squat. For someone to change their ways, they must be motivated to do so, and frankly, the threat of damnation doesn’t mean anything if Christ also doesn’t mean anything. We are called to be perfect just as our heavenly Father is perfect (cf. Mt. 5:18), but if we don’t know who our heavenly Father is or how he is perfect, then what are we to do? This means that we, as Christians, desiring the best for our neighbors with love and compassion, must show the world that Jesus has purchased eternal salvation for us by his blood; we need to show this by loving our neighbors, not shouting at them.

Correction must always come from a place of love and compassion, the latter being the operative word, I think. Without entering into a real and substantial relationship with someone (a quasi-incarnation, if you will), it is next to impossible for them to respond positively. Just as the Holy Spirit proceeds from the Father and the Son, so too does he spring forth from human relationships. Without this relational approach to correction, without the “incarnation” of Christ in people’s lives, genuine conversion is nearly impossible. Christianity is more than following a bunch of rules. It’s also more than following those rules and telling other people to follow those rules too. Christianity is about love, and while shouting threats of damnation at strangers could be validly argued as a form of love and a concern for their soul, a greater love comes through personal relationships. The point of all of this is to say that for fraternal correction to lead to the conversion of hearts, it must be done in a community where we have the support we need through the compassion of our brethren.

Here’s some practical advice. If you think you want to correct someone, be patient; try to discern whether you are simply annoyed, offended, scandalized, etc. at that person’s behavior, or if God is truly calling you to intervene in their life for the benefit of their soul (as opposed to your own glory). After ample prayer, if you discern that you are being called to show that person the Truth of Christ, only then should you proceed with tender and loving compassion into a relationship where you both can become vulnerable, share your hearts, and be filled with the grace of God. On the other hand, if you are struggling with sin (which, incidentally, we all are) and you desire to be corrected, do two things. First, pray. Pray that you may be brought closer to God through your trials and the weight of the cross you will have to bear; pray for the desire to be like Christ; and pray for the Holy Spirit to guide your way into the Light of peace. Second, talk about it with someone. Talk about it with your best friend, with a small group, with a spiritual director, with a priest in confession (that’s the most important one), or with anyone else who loves you and cares about your soul. We can’t be Christians alone, and the Enemy’s best work is done when we are isolated. Correction for the sake of true conversion must take place through a loving Christian community modeled by the fraternal relationship of Christ and guided by the Spirit to perform the will of the Father.