Lent: Nothing Good Is Ever Cheap… 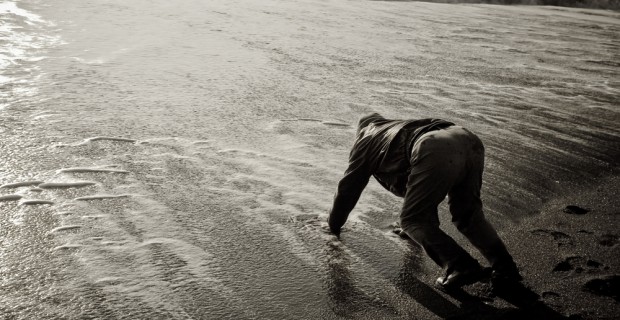 It’s an old expression that my dad picked up from somewhere and that I never heard the end of when I was a kid: Nothing good is ever cheap and nothing cheap is ever good. Quality won out over quantity at my house.

I find myself thinking about my dad’s oft-repeated (and unsolicited) advice because just the other day, much to my surprise, that exact phrase came spewing out of my mouth. What’s left of my teenage rebellion – the part of me that resists every piece of advice that I’ve ever received – gawked speechlessly at my words as I gave my two cents on which vacuum the parish would buy for the sacristy. Ok, dad…you win.

But, you know, it’s not a bad piece of advice – perhaps especially if we can use it to give ourselves a shot in the arm as we drag through the middle of Lent. And he said to all, “If any man would come after me, let him deny himself and take up his cross daily and follow me” (Luke 9:23). This Lenten battle cry marks the path of Lent, as well. Trying to be a follower of Christ without suffering makes you a bad follower of Christ – Lent aims to correct that.

The truth is that our natural inclination is to be like water: we take the path of least resistance. Jesus warns us here, though, too: “Enter by the narrow gate; for the gate is wide and the way is easy, that leads to destruction, and those who enter by it are many. For the gate is narrow and the way is hard, that leads to life, and those who find it are few” (Matt 7:13-14). Seems like an easy choice, at least intellectually.

The point is pretty clear: the Christian life, lived well, will cost me something – it’s not cheap. And when we think about it, it should be that way. King David gives us a great example here: after having sinned against the Lord (2 Sam 24:1-10), he’s sent to the property of a man named Araunah to offer a sacrifice for forgiveness. Araunah, at the king’s coming, wants to give him the land, the sacrifice, and the fuel for the fire. But David refuses, “No, I will buy it of you for a price; I will not offer burnt offerings to the Lord my God which cost me nothing” (2 Sam 24:24). He does buy it, and his sin is forgiven. Without the cost, it wouldn’t have been a sacrifice; without the pain of sacrifice, there would have been no change of heart; and without the change of heart, real forgiveness would have been impossible to receive.

And so it is with us. Lent gives us the opportunity for penance (prayer, fasting, almsgiving) which lead to a real union with Christ, a rededication of ourselves to the “narrow way,” and a cost that makes conversion authentic. It’s not that I’m earning forgiveness – as if my little suffering could do that… But I’m allowing that little sacrifice to change me. Because freely accepting the difficulty and pain of penance retrains my heart: it reorients every fiber of the heart back to God. And that, incidentally, is exactly what he wants: “Rend your hearts and not your garments!” (Joel 2:13).

Something that I’ve found often this year are a lot of people who have “given up” sins for Lent: impatience, intemperance, unchastity, sarcasm, anger, etc. This is a good desire. However, I’ve noticed that these are also the people struggling most with their Lenten resolutions. The reason: they’re not practical. The remedy: real penance.

As a whole, we’ve lost the sense of practical spirituality that was so popular only a half-century ago. Part of this is the importance of having an intention with our acts of penance. Is it good to try to get over our impatience? Yes! But make that the intention that you offer to God when your Lenten penance starts to hurt: “Lord, through this little pain, give me the grace to be more patient.” That’s a beautiful prayer – and it makes the intention to get rid of sin practical. It changes our hearts and makes us want to get rid of it – and that is a prerequisite for receiving God’s pardon.

So, a few notes as we trek on toward Holy Week and Easter: 1. If you haven’t started a Lenten penance, it’s not too late: “That which costs nothing is worth nothing.” 2. If you’ve been doing practical penances through Lent, be sure to add intentions to them: for the sick, the dead, those in need of prayers; for a specific virtue you lack; for those suffering violence; etc. 3. And if you’ve been flagging in that penance that you accepted, start again! There’s no better time than today – because, try as we might to avoid it, nothing good is ever cheap.

Force in the New Testament