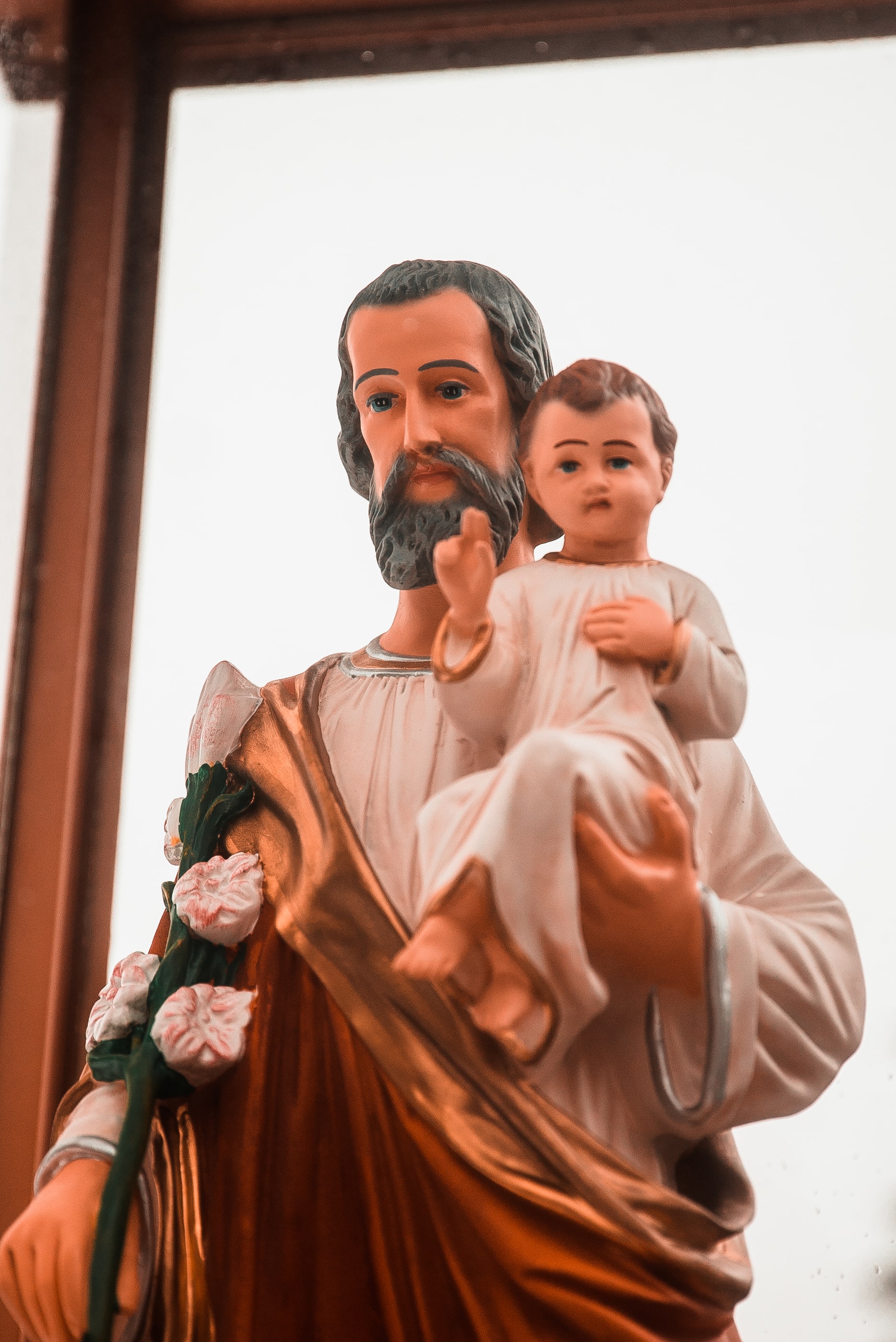 As I argue in the video and course Leaving Boyhood Behind, Jesus being lost in the Temple is the story Luke uses to mark the transition of Jesus away from his boyhood and toward his life as a man – it’s his rite of passage.  As he leaves the Temple with Mary and Joseph, we are told he went obediently and “lived there in subjection to them.” Thus, Luke summarizes all of Jesus’ young adult life as a carpenter and a son. This is the summarized “history of eighteen years of the life of the Saviour;” the time he spent working and living with Mary and Joseph as a young man and even a fully grown one. When it was time for him to become a man, his human manhood was entrusted to Saint Joseph to form. Jesus did not begin his earthly mission until he was in his early thirties, but that does not mean he was a thirty-year-old adolescent living with his parents. He was a young man being formed in the ways of manhood by Saint Joseph, according to the time and culture in which he lived.

Because Jesus is God and man, his journey to manhood has a unique aspect. While God is his Father, Saint Joseph was also a real father, not just a babysitter. Saint John Paul II said clearly: “St. Joseph was called by God to serve the person and mission of Jesus directly through the exercise of his fatherhood:  He wasn’t a stand in or placeholder.”

For us men, this role of Joseph should incline us to seek his intercession often Jesus entered the world of Jewish men under Joseph’s care. Young men of Jesus’ day “who had completed thirteen years of age were held to be bound by all the Mosaic laws, and hence became personally responsible for their actions.” In other words, Jewish boys began the journey into manhood by worshipping in public with Jewish men. This was the very reason Jesus was on this trip in the first place. Jewish men were required to go to Jerusalem three times a year (cf. Dt 16:16), and because Jesus was now twelve years old, this is when he would have been joining Joseph especially on the trip.  Mary was with them out of piety and custom, but Joseph was taking Jesus along because it was time for Jesus to be a man like him, and the trip to the Temple was what a Jewish man did.

Jesus was also formed in Joseph’s business of carpentry. Luke tells us he “increased in wisdom and in stature”(Lk 2:52) – he grew into a man, and he would not have been forced to leave his growing strength unused like so many boys are today. The transition in the teen years is notoriously difficult, especially for boys. For many households, the challenge is made more difficult because parents fail to recognize or guide a boy’s transition as he becomes a young man. This problem is compounded in a society that continues to extend adolescence further and further, allowing young adults to remain children instead of challenging them to grow up. When parents and the community recognize these changes and mentor a boy through them, it creates a lot more peace in homes, in young men’s hearts, and in communities.

Adolescence does not have to be a time of inevitable tensions. Instead, it can be a time when young men grow up naturally and spiritually, just as Jesus grew in “wisdom and stature, and in favor with God and man” (Lk 2:52). St. Joseph used those simple means of work and worship to form Jesus as a man, and we need not Tensions can and will come, and what I am proposing is not a cure-all program. But it is important to state clearly that God made boys to become men; what we do to help them do that is good and what we do that thwarts them in that endeavor is bad.

boyhoodJesusmanhoodSaint Joseph
03 / 21 / 2020
Back to all articles

Fatherhood: Be A Gift to Your Children