Is There a Civil War Within the Catholic Church? 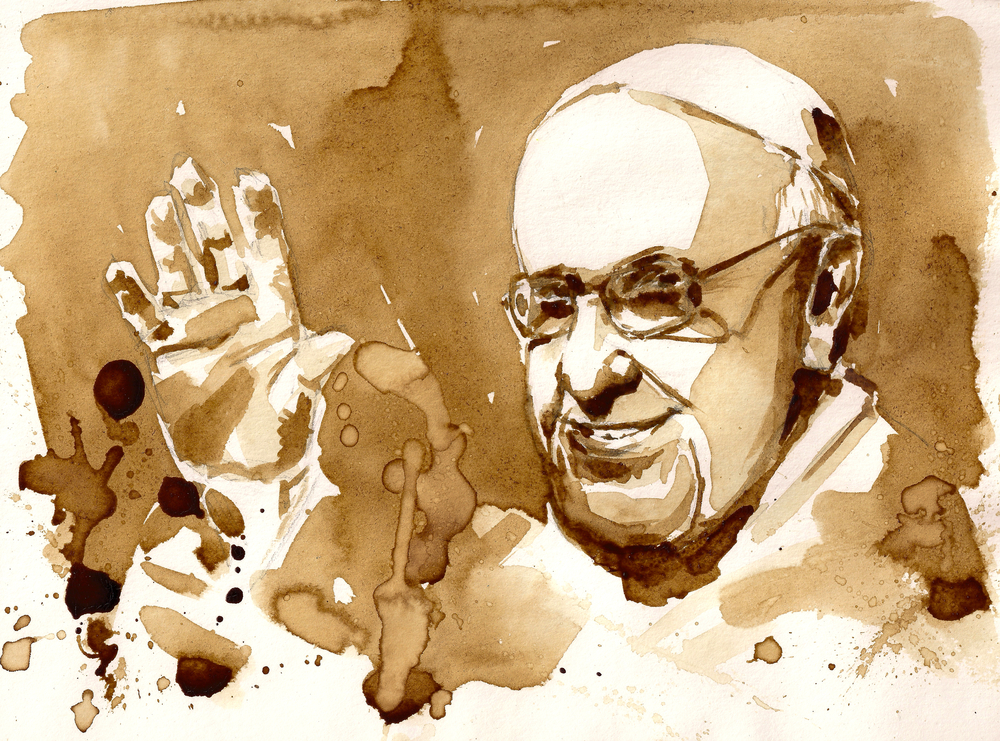 In several of his recent op-eds, New York Times columnist Ross Douthat has openly criticized Pope Francis, the Catholic academy, and much more. In fact, Douthat has gone so far as to argue that, if the Church were to reposition its views and allow divorced and remarried Catholics to receive Holy Communion, the ramifications would lead to a “bitter civil war.” So who would be the two “sides” in Douthat’s hypothetical struggle over the future of the Church? Well, in his eyes, it would be “liberal Catholics” versus “conservative Catholics.”

This ideological dichotomy is not new; to be clear, Douthat did not fabricate this ambiguous and unquantifiable divide—he only cashed in on it, thanks to his provocative and controversial “stirring of the pot,” so to speak. Yet, pretty much ever since the opening of the Second Vatican Council, many would argue that there has indeed been a tangible unease with the Church, a simmering tension between the Catholic Left and the Catholic Right. Sometimes this tension has been characterized by superfluous disagreement (i.e.: is the extraordinary or ordinary form of the mass “better?”); sometimes it has been marked by real points of contention (i.e.: should the Church recognize the legitimacy of “gay marriage?”); sometimes it has seemingly led to personality clashes (i.e.: Cardinal Burke “versus” Pope Francis). Nonetheless, this oft-discussed tension, between “conservative” and “liberal” Catholics, disregards one of the four fundamental marks of our faith: Oneness.

In the Creed, we proudly profess that “we believe in one, holy, Catholic, and apostolic Church.” Indeed, in his letter to the Galatians, St. Paul reminds us that “there is neither Jew nor Greek, there is neither slave nor free, there is no male and female, for you are all one in Christ Jesus.” In other words, no matter the many differences of opinion, political ideology, or spiritual practice that flow from the individual members of the Church, there is only one Church. St. Paul also admonishes us on this point, writing “just as the body is one and has many members, and all the members of the body, though many, are one body, so it is with Christ.”

I don’t mean to argue that differences of opinion aren’t valuable or that a healthy, collegial dialectic between Catholics of all colors doesn’t contribute to a flourishing, introspective Church. I also don’t want to minimize the real difficulties that arise for a Church that must balance the need to be ever-relevant to the times while also staying true to its unerring Tradition. Like any human institution, the Church naturally ebbs and flows, always challenging itself to consider new ideas while challenging the world to reconsider timeless ones. But, as only a truly divine institution could be, the Church is perpetually guided by Christ and the Holy Spirit; its dogmas remain constant in their infallibility and its doctrines develop, only insofar as the ineffable Spirit guides.

Thus, as faithful Catholic men, we are tasked with one job: to have faith. No matter the political squabbles or theological disagreements that arise time and time again, we, as Catholic men, can have faith that the Church will remain as she always has. This is the joy of the Catholic faith: that we, as humans, marked by sin and our fallen nature, are not expected to be arbiters of the faith. No individual—not Ross Douthat, not even Pope Francis—is given the impossible task of “deciding” what Catholics ought believe. Thankfully, we can leave that job to the only one up to the task: God.

Ultimately, what Ross Douthat and others miss is the deep and abiding reality that there is, in the end, no such thing as “liberal Catholicism” or “conservative Catholicism.” There is only Catholicism. In our human imperfection, we often try to erect walls of division where walls need not exist or, in fact, cannot exist. So, Mr. Douthat, I don’t think that your civil war will ever come to pass: how could a perfectly one body—the Body of Christ—ever truly divide itself, despite how loudly its members clamor for revolt? Have faith—the Spirit hasn’t led us astray yet!