I Post, Therefore I Am: Knowing Self Vs. Creating Self 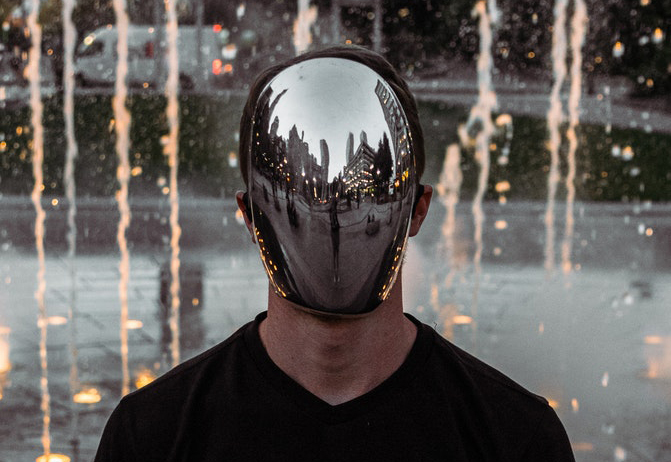 Often, the difference between a man that believes in virtue and a man who doesn’t comes down to one distinction: is truth true or is truth relative?  Most reading this know that “moral relativism” is a plague easily diagnosed and dismissed by sane men, but not truly believing in truth has more manifestations than we might think.  Many of us are relativists by a different name by our attempt to create false images of ourselves and ask the world to believe in what we have created.  Our screen time fuels this error.

Descartes is famous for saying, “I think, therefore, I am.”  Cartesian thought stems from stripping all other forms of knowledge away, being instinctively skeptical of all received so-called “truths” and being sure only of one’s own thinking.  All knowledge in this mode comes from what can be proven by empirical evidence, but really what we end up with is just thinking that whatever we think is right.  “I think, therefore whatever I think is what is.”  Moral relativism flows easily from here, since morality needs philosophy and theology, not just empiricism.

Mix relativism with a little narcissism, and it’s not hard to picture the thousands of uploaded images, comments, etc. that we post on the internet and hear ourselves say clearly – by our actions – “I post, therefore I am.”  We think what we slap on the wall is what we are, because we don’t actually care to know what we are.  That can be ugly and hard.

Few of us want to do the work of really knowing ourselves, yet this is the true path to virtue and wisdom.  Socrates expanded the Greek maxim “know thyself” saying, “The unexamined life is not worth living.”  Gazing at ourselves online – adoring what we have marketed – is not self-examination.  It’s looking at the self as we have created it, not as God has.  Holiness, which is the graced reality of virtue, must be found in asking God to show us to ourselves.  Few of us have the courage and humility to see our self as it is, let alone the courage to persevere in correcting its faults.  Seeing and correcting the faults of others is much easier, especially done through our created persona.  To understand the self, we have to look away from it, especially by looking away from our screens, and look to God:

We shall never succeed in knowing ourselves unless we seek to know God: let us think of his greatness and then come back to our own baseness; by looking at his purity we shall see our foulness; by meditating upon his humility, we shall see how far we are from being humble. (St. Teresa of Avila, Interior Castle)

DescartesrelativismSelf Examination
11 13 2018
Back to all articles