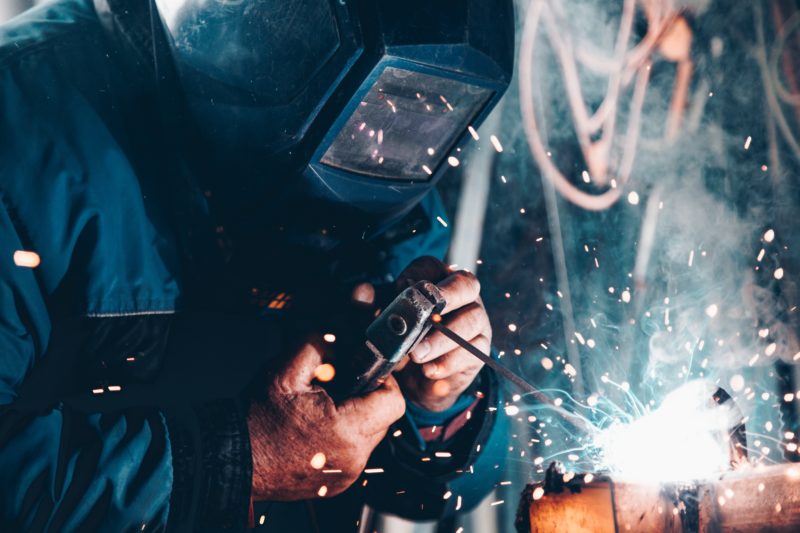 Rerum Novarum, Pope Leo is often called the beginning of contemporary Catholic social teaching because it was the first encyclical to deal with the unprecedented disruptions of traditional societal order due to the industrial revolution.  For fathers, Rerum is one of the most important encyclicals of the modern era, because in it Pope Leo recognized that the nature and ways of work itself were central to the life and health of the family and its surrounding culture (fathers are discussed directly throughout the document).  Where, why, and how we work is not a neutral thing, but has an actual effect on us.  As a father that must work to support a family, I especially appreciate how the document argues for dignified work that respects the needs of the soul alongside the natural needs of a man.  Work, in other words, is more than a means for money.  Listen to this warning to employers that don’t respect that fact:

“No man may with impunity outrage that human dignity which God Himself treats with great reverence, nor stand in the way of that higher life which is the preparation of the eternal life of heaven…” (Rerum Novarum, 40.)

Note carefully that the “outrage” against a man happens in his very place and act of work.  The battleground for a man is right there in providing for his family.  In that place he is meant to engage his body, mind, creativity, and heart, and he’s meant to do it for the family.  Traditionally, the engagement of work itself was the way and means of engaging the family – because cottage and craft based economies integrate home and work.  Work is a thing of love and a thing of sacrifice.  Therefore, work is priestly.  As a priest’s supernatural vocation has the sacrifice of the Liturgy (which means “work”), a father’s natural vocation has a sacrifice too in the form of work.

Traditionally worked served as the vehicle of connection with each other and with our families, especially our sons.  Every craftsman, through his craft, had a way to connect with those he was called to mentor and love.  He didn’t communicate himself to his family with money and vacations, but by word and deed in the daily and necessary world of provision.  Connected to people and places in this way, work was inherently meaningful, and, therefore, work brought meaning to the family itself.

We hear the mantra that the family is the foundation of society, but the fact today is that because the family is not connected to work and the day-to-day – it’s hardly even connected to the education of children in religious and secular settings – young people eventually come to believe that the family provides very little meaning and purpose, because it doesn’t.   In other words, it sure doesn’t look as important as we say it is.  Vehicles of culture like music, religion, politics, and work are all individualized into tastes and persuasions, and from there globalized and mass marketed. Each person in the home receives meaning and instruction through vehicles outside the family.  In other words, the place of contact that provides meaning and provides purpose is no longer the family, and is almost always distinctly disconnected from the family.  Leo knew that the disruptions to societal order that industrialization and growing statism were causing boiled down to a man’s place in the economy and the economy’s place in a man.

So, without the connection of work, what’s left for the life of the home?  Robert Nisbet in The Quest for Community makes a bold assertion that without connection to economic and political realities, the family is reduced to a sort of emotional support system that happens in a house.   Already half a century ago when he wrote it, he saw that we were exporting every activity of the family – from care for our children to care for our elderly – to an “industry” or to government.  He was not too distant from times when things were not so:

“In earlier ages, kinship was inextricably involved in the processes of getting a living, providing education, supporting the infirm, caring for the aged, and maintaining religious values… the family was the actual agency of economic production, distribution, and consumption… It was an indispensible institution.”  (Nisbet, The Quest for Community, 52. emphasis added)

Today, the family can actually be a hindrance to a career and its disintegration can be measured in positive ways if we measure the health of things by GDP – a divorce means more houses and Christmas presents needed in the market!  Anti-family policies are darlings of both left and right – the New York Times loves abortion and The Wall Street Journal is notoriously indifferent or hostile to family-friendly policies (tax breaks related to children, for example). Regarding work and our educational thrusts, we must recognize what the goal of today’s so-called economy really is.  Again, according to Nisbet:

“[A man’s] competitive position may be more favorable without [a family].  Our system of laws and education and all the manifold recreational activities of individuals engaged in their pursuit of happiness have come to rest upon, and to be directed to, the individual, not the family.”  (Ibid. 53. emphasis added.)

And disconnected from work (being an “agency of economic production”), the family now just functions as an emotional and psychological preparation for the “real world” of the global economy.  Thus we get pious sounding platitudes of just “spending more time” with our family, but there’s very little we can point to do besides enjoy mutual amusements.  When there was work and culture to be done in relation to and oriented toward the family, then meaning flowed and was communicate within those points of contact.  If the purpose of our contact is just to support each other in our isolated endeavors, forget it. “[People] do not live together to be together,” said Ortega y Gasset.  “They live together to do something together.”

So, what do we do?  Despite the gravity of the problem, I don’t think it’s that hard to counter it.  In fact, with the advent of the media and smart phone culture, all of life is so homogenized as to appear somewhat predictable and boring.  Yes, it is engaging, and more than distracting., but I would argue that the blandness of the plugged-in world, and the tangible weakness of the bodies that don’t know how to work themselves, makes for an opportunity to connect over the simple things of work and creativity.   In other words, don’t just live together, but do something together.

Recover whatever physical craft or skill you might have, and teach it (see my previous article Work, Tools, and Being a Man).  Bring other people into that too.  Work with your sons and other men.  Start businesses together.  Do projects connected to the home and the family.  Think outside the demographically static small group in the parish basement.  If at all possible, connect economic realities to the reality of the household (economy, after all, actually means “household management”).  And rescue localism from bumper sticker lefties and engage in the practical work of doing business with your neighbor. Wendell Berry often points out that “love your neighbor” is a practical and economic command from Our Lord.  And bring your children along in what you do.  Hire your friends’ kids to work with you, and find ways for your kids to serve the community through work.  Just keep it physical, skills-related, intergenerational, and inherently meaningful through a connection to a place and a family and, ultimately, to the life of the soul.  To put it simply, do worthwhile work with the people your worship with.

A man in our parish recently hosted a dozen fathers and sons to make cutting boards for their mothers in his workshop.  There was the perfect dose of danger from the tools, wisdom from a craftsman, connection between generations, and relation to life and economy (all of the fathers were ready to start making more and selling them at the farmers market).  Someone leaned over and said, “Isn’t this great?”  “I think we’re saving the world right now,” I responded.   People talk about men needing to connect with younger generations – this was so easy and fruitful I think this gentleman just recruited an army of eager laborers.  And it all happened without content objectives and discussion questions.

To reconnect with your family might not mean just being with them more, but being with them in ways that provide the point of contact, and for that the more we can connect over meaningful work the more we rescue the institution of the family from the obscurity of obsolescence.  We need this by our very nature, as St. John Paul said in an encyclical issued for the ninetieth anniversary of Rerum Novarum:

“Only man is capable of work, and only man works, at the same time by work occupying his existence on earth. Thus work bears a particular mark of man and of humanity, the mark of a person operating within a community of persons. And this mark decides its interior characteristics; in a sense it constitutes its very nature.” (Laborem Exercens, Intro.  emphasis added)