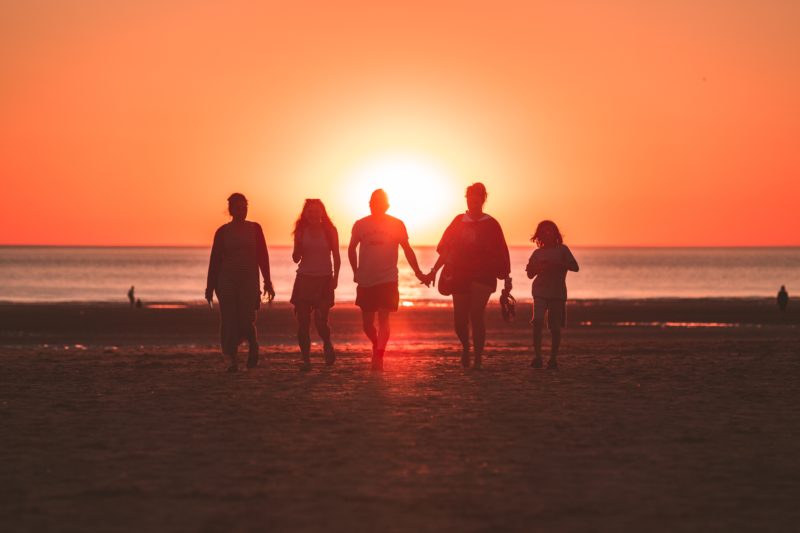 The other day I was stuck in traffic on the highway and I happened to look down at the grass growing in the median between the two sides of the highway. The beauty of the living grass softly swaying in the wind brushed a chord in my soul. This was not any special grass, it wasn’t even particularly aesthetically pleasing, it was just there, and alive. There is a remarkable beauty and wonder connected to living things. Just look at babies, seedlings, or birds. There is something remarkable about living things, something that we don’t find in inanimate things. No one ever picks up a rock and says, “isn’t it adorable! Do you want to hold it?” (I apologize to all my geologist friends.)

There is something mysterious about life as well. A farmer can plant seeds, water them, and give them fertilizer, but he can’t “make” them grow. He can provide all the proper and adequate means for life, but he can’t force it to happen. A biologist can break down all the components of an organism and say exactly what makes it up, but if we simply combine all those ingredients we just get a pile of ingredients, not life.

That brings up an even better point. Life cannot come from non-life. Kernels of wheat don’t come from stones, they come from mature stalks of wheat. Babies don’t come from a mix of carbon and water, they come from living parents. From which follows another interesting thing about life, it only comes about from sacrifice or self-giving of the living thing from which it comes. A grain of wheat has to separate from the stalk, fall to the ground and die in order to bear a new plant. A husband and wife must give part of themselves in order to bear a child. This is seen on a basic biological level pretty easily, but it also seems that that self-sacrificing can and should extend beyond the merely biological and extend to providing and caring for the children.

In our world there is a constant struggle between good and evil, light and dark, life and death. Many times, we see great champions of the faith, or social activists, or even soldiers, and we say, “They are really making a difference, they are transforming the world for the better.” While I believe that is true, I think we are missing an important piece in that struggle when we only look at those missionaries, politicians, and tacticians. We forget that men and women are called to be instruments in God’s hands to help him bring life into the world.

The great majority of men in the world could be described as ‘simple family men.’ They have a wife and children, their day job, and church on Sunday. They don’t go on marches in Washington D.C., they don’t go fight terrorists in the Middle East, and they don’t go on mission trips to Papua New Guinea. They just have a family.

If that describes you, or what you think you are called to, and you believe it sounds boring or sub-par then stop. Stop right there. Did you know that fathers, along with their spouse, participate in the act of creation when they conceive a child? No man or woman can create an eternal human soul, but in the moment of conception, when all the proper elements are present, God creates an eternal human soul. He does this every time, every conception, every child. Participating in creation is certainly not boring, and it is certainly not sub-par.

In the creation stories of Genesis it says, “the earth was a formless void and darkness covered the face of the deep, while a wind from God swept over the face of the waters.” (Gen 1:2) For the Jewish people the waters, especially the choppy unpredictable waters of the sea, represented chaos, disorder, and death. God, in creating the world, sets his banner and conquers the waters of chaos with logic, order, and life.

Families that are open to life and promote life do far more than I think they realize. That openness is a witness and a challenge to so many people in today’s world who promote death. There are so many ways that death is promulgated in regard to sexuality, or at the very least the door to life is sealed and barred. Without getting in to too many details, homosexuality, contraception, sterilization, and especially abortion all fall into that category of promoting death. The natural outcome of the sexual union between man and woman is a child, new life. All of the acts above are ways to circumvent that natural outcome of sexual union. It is shocking the lengths that people go to to prevent or do away with that outcome, which is ultimately a child. It’s a little bit scary that someone can deny life to a child simply because it “interferes with their lifestyle.” There are many people who have been harmed by one or more of those things named above and perhaps many of them recognize the source of that damage. The painful part is that many people experience that hurt but don’t know that one of those is the cause.

This blindness of the great majority of society comes from the disconnect between sexuality and procreation. See? There it is again, even the word for having children has ‘creation’ in it. The sexuality of men and women is logically and obviously ordered toward union and having children. And that happens in the most healthy and fruitful way when the man and woman are married and form a stable family. Any sexual action that is not geared towards the ends of union and procreation is going to pull away from a properly ordered sexuality, and ultimately away from life.

I recently finished the excellent series Lost in Space. The thing that struck me the most was the Robinson family and how they fight for life and each other. There are multiple cases where the family has to fight to survive the hostile planet they have landed on. But beyond that, there are so many cases where they sacrifice themselves to save the lives of others. Will, the youngest, sacrifices letting his dad go when he is alone and afraid so that his dad can save his sister. Judy, the oldest sacrifices an important resource to save the life of another man. But I think the scene that stood out to me the most was when the father, John Robinson, risks his life to go on a dangerous mission to save everyone else. After John seemingly fails that mission the elected leader of the colony, Victor, tells John’s son, Will, that there are times to follow your heart and there are times to follow your head, meaning that he thought John’s sacrifice was foolish. Will responds that it takes a certain kind of man to be willing to sacrifice his life for others, a man with not only a logical brain, but also a loving heart.

Life-giving is an excellent term, life cannot come about unless it is given. In the case of a family, and especially of a father, the life given to the children is not really complete and full unless the father gives and sacrifices himself. In this way a “simple family man” can make a stand with God and overcome the chaos and darkness of the waters by promoting and being open to life.

familylifelovesacrifice
06 20 2018
Back to all articles

When Pornography Becomes An Escape