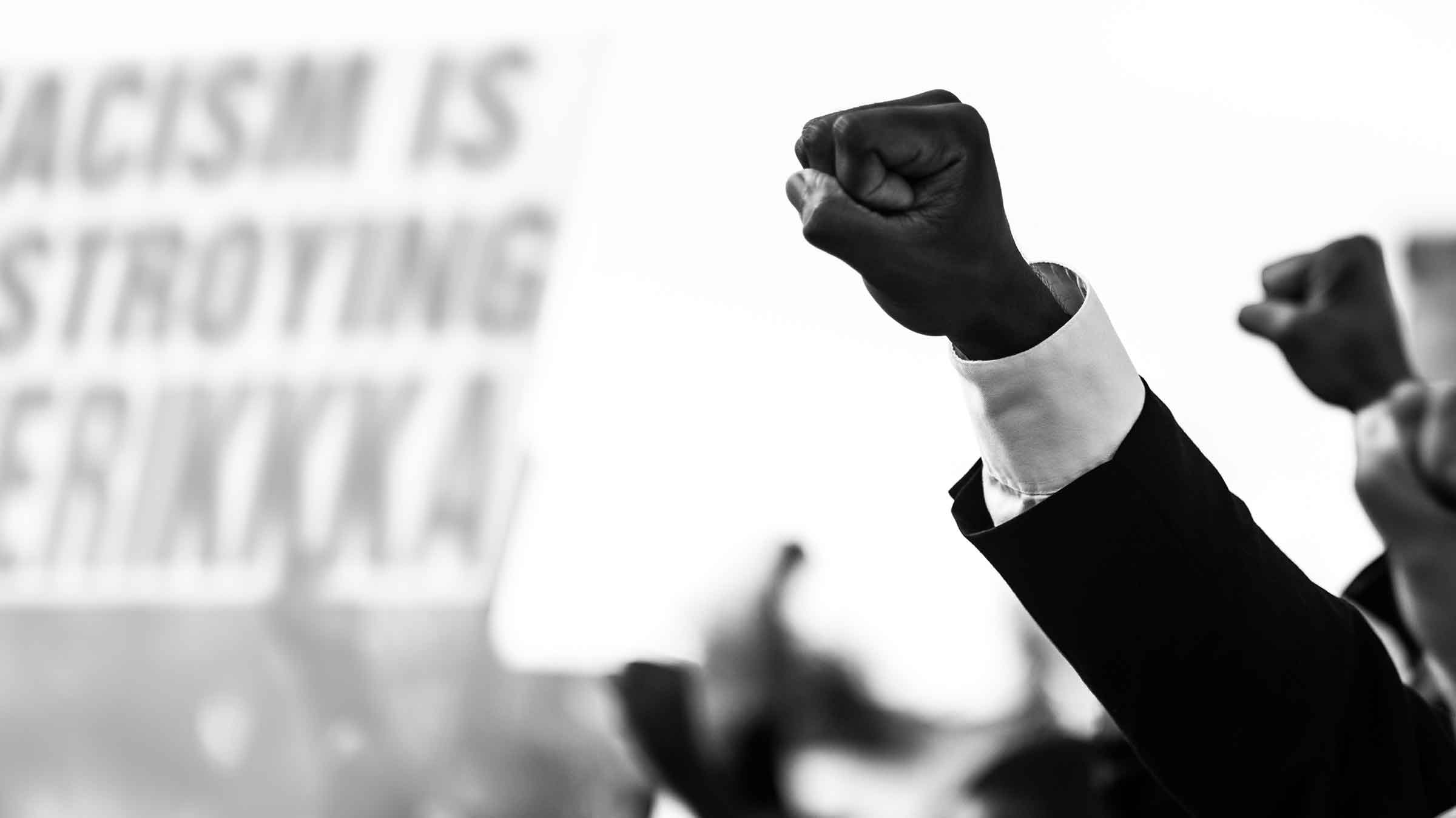 President Obama and Speaker Paul Ryan responded differently to the events of Dallas, but with one common assumption: peaceful protest. They said (and rightly so) that the people of Dallas were exercising their first amendment rights in protesting the violence of two policemen the previous week.

Many marched for peace. But we do not seem to be able to accept that others did not. Sniper shots were NOT the only shots fired on the evening of July 7.

I. Rev. Jeff Hood & “The Infrastructure of White Dominance”

Rev. Hood was the lead organizer for the Black Lives Matter protest in Dallas. He declared that his goal was to “create a space for anger and rage.”

Before the march began, Rev. Hood “preached” this message to the crowds:

He declared that police were the enemy and that we need to light a fire under our a** and do something.

The crowd cheered and then they marched. And soon after, lethal shots were fired, taking the innocent lives of five police officers and injuring seven more.

The sniper, Micah Johnson, was reported by Police Chief David Brown at Friday’s press conference to have said before his death: “…that he was upset about Black Lives Matter. The suspect said that he was upset with White people and wanted to kill White people, especially White officers.”

Undoubtedly, to say that the Reverend’s comments caused such violent actions would be absurd. But to deny any correlation between the two messages would be wishful thinking.

The next day, Rev. Hood expressed regret for his comments. He also offered two rationalizations to deflect his guilt:

I want to focus our attention on the second claim of the Rev. Hood: the infrastructure of White dominance that discriminates against Black Americans.

The socio-economic statistics continue to worsen for Black Americans. Over the past 7 years:

We are NOT talking about numbers on a piece of paper; we’re talking about faces, the faces of Black men and women and children in our country. No people should suffer such suffocating circumstances. This reality cries out for justice before the throne of God! How can justice be served?

Larry Elder is a Black American lawyer, writer, and radio and television personality. In a post-Dallas interview he stated: “The number one problem in the African-American community, the Black community is the absence of fathers.”

Mr. Elder then referred to an interview he had done years before with Kweisi Mfume the then President/CEO of the NAACP (National Association of Advancement for Colored People). When the head of the NAACP was asked whether the presence of White racism or the absence of Black fathers posed a greater threat to the Black community, he stated immediately “the absence of Black fathers”.

President Obama knows this. He stated in his Father’s Day Address of 2008 that a child without a father is:

And yet, one in four children in the United States is raised in a single parent home. That figure is higher than any other industrialized country in the world! But it is far worse for Black Americans: 73% of Black American births are out of wedlock, as reported by Don Lemon in 2013. Only 3 in 10 Black children have a mother and a father to whom they can return after school.

Before we quote BlackLivesMatter.com at length, let’s ask a basic question: what is an ideology? Luigi Giussani’s The Religious Sense sheds light on this commonly used, but more often misunderstood, political buzzword.

An ideology is a theoretical, yet practical way of looking at the world. This vision is dangerous precisely because it is subtle. Rarely are ideologies founded on downright falsehoods. Rather, they are based on aspects of reality or partial truths. For this reason, ideologies are not reasonable because they neglect other truths, other parts of our experience. Lastly, ideologies possess explicit tones of redemption and salvation, making them captivating, especially to the youth.

Black Lives Matter, while focusing on the tragedy of racism in the United States, offers no reflection on the reality of fatherlessness in the Black community. Instead, we are offered a different narrative, the “Guiding Principles” that qualify this movement as ideological:

IV. The Disparity between the Statistics & the Ideology

The explicit parallels to Marxism aside, in no passage regarding Black community dynamics does the word “father” appear. Instead, we are given explicit “commitments” to destruction of the family structure, patriarchal practices and male-centeredness.

Why must this agenda be one of tearing down? Why can we not build up? Rather than dismantling a fundamental institution of humanity (i.e. fatherhood), can we build up Black American men that embrace their high calling to fatherhood; that empower and promote the dignity of the women in their lives; that provide, protect and establish their sons and daughters? What is so sad is that it is precisely the community or village, family, women and children that suffer from such ideological deconstruction.

This is NOT the stance of true revolutionaries! This is an acceptance and even promotion of what statistically makes children poorer, more likely to commit crime, drop out of school and end up in prison: fatherlessness. A true revolution challenges the status quo; it doesn’t reinforce it.

We do our country a profound disservice by juxtaposing either addressing racism or fatherlessness. The statement need not be comparative: both realities are threats to Americans, especially Black Americans. But we do it one worse by avoiding a question (i.e. fatherlessness) that cries out for an answer.

To the extent that the reality of racism is embedded within the infrastructure of American society, social change must occur. I stand with the Rev. Jeff Hood on that ground. God and the dignity of Black men, women and children of our Nation require it. But if fatherhood is not considered one such fundamental infrastructure of society, the problem is being both ignored and perpetuated. Far from helping Black men and women, such ideology is marginalizing them even further. Their hearts cry out for more than reduction; they cry for justice! Every mother and every child deserve a father. Black Lives Matter can help Black Lives More by focusing on fatherhood.

Black Lives MatterfatherhoodGiussaniracism
09 07 2016
Back to all articles

Time is a Gift: Use it Well