How A Muslim Convinced Me Our Lents Are Too Soft 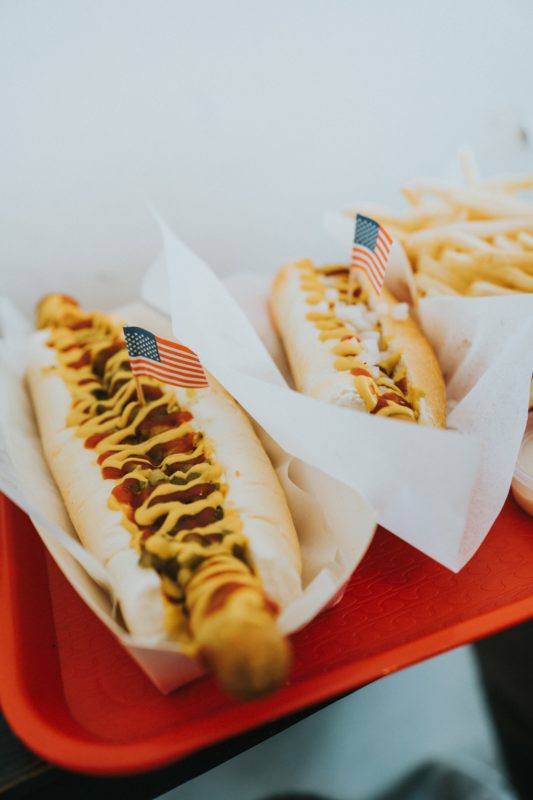 I officiate a lot of basketball games. One year I worked about 225 games in the six months between October 1 and April 1. To put that in perspective, college basketball teams play 30-35 games in a season, while NBA teams play 82 games during their regular season (the longest regular season in all of basketball) during roughly the same timeframe. Doing all those games gives me the opportunity to meet a lot of people and have some interesting conversations. One particular conversation has stuck with me for reasons that have nothing to do with basketball.

Towards the end of one recent season, I was assigned a Catholic grade school tournament game which happened to be during the first full week of Lent. During halftime, the other official working with me relayed the message that (as is often the case) officials could grab whatever snacks or drinks we wanted from the concession stand. I am usually more than eager to indulge in a bag of popcorn, a sports drink, a candy bar, or all three.

“I would love to, but it’s Lent and I’m fasting,” I said to my partner. I didn’t want to sound conceited or ungrateful, but I think it’s important for Catholics to be forthright about our traditions. It’s a form of evangelizing!

“That’s cool,” came the nonchalant reply. “What did you give up?”

“I didn’t really ‘give up’ anything this year,” I said. “But I’m following the traditional Lenten fasting rules that aren’t officially required these days: two small meals and one bigger meal each day, with no snacking in-between, and partial abstinence from meat everyday – which means at only one meal. Complete abstinence on Fridays. And for lunch, I’m only eating bread and water.”

“That’s interesting. So, what are the current fasting rules for Catholics in Lent?”

“Well,” I said, somewhat hesitatingly, as I began to bashfully explain the very relaxed Lenten fasting rules currently in place for Catholics in the United States which only involve Ash Wednesday, Good Friday, and the other Fridays of Lent.

My partner then went on to explain that he and his wife converted to Islam several years ago. For the next few minutes he and I shared stories about his Ramadan fasting and my Lenten fasting. He explained how they were required to fast from sunup to sundown throughout the entire month. We commiserated about the hunger pangs that set in towards the end of a day of fasting, and how eating too much the day before fasting make fasting that much worse.

The entire conversation lasted only about five minutes before it was time to begin the next game or the next half. But it had a profound effect on me. I was inspired by his dedication to the demands of his faith, and struck by his joy – not the bubbly kind of joy, but a sincere, almost reverent joy. He seemed quite happy that his religion demanded more from him; that it pushed him past his comfort zone. I think he respected me for what I was doing, and in that short conversation I dare say (without sounding too mushy) we developed a sort of spiritual bond. I sincerely hope and pray that I was a channel of grace from the Holy Spirit which someday might awaken a deeper desire for the truth in this man’s heart.

Later that evening, as I reflected on the experience, I tried to imagine how the conversation might have gone if I was not following the Lenten regulations previously required of Catholics. How much different would our conversation have been? Would I have been impressed by his dedication? Would I have been shocked by the demands of his faith? Would my own dedication have resounded with him? Would we have been able to recount similar experiences in albeit very different circumstances?

Unfortunately, I think if I was merely doing the bare minimum for Lent, our conversation might have ended with “I gave up chocolate” and maybe a few laughs. No deeper experience of faith. No shared bond. No evangelism. While I have no idea if my partner that night was moved by our conversation as I was, I do know that I was at the very least able to offer him a picture of a Catholic man who takes his faith seriously, and in a manner very comparable to the way he approached his own faith.

The sad reality today is that Catholics are soft. The institutional Church demands too little of us and we demand too little of ourselves. The annual observance of Lent is supposed to be a most solemn and purifying 40 days of grueling fasting and prayer as a method of dying to the world and moving closer to God. Yet, in the West it has been watered down to just a couple days of required fasting and abstinence, and is often approached as a time for “self-improvement” and “good resolutions,” like a New Year’s resolution redux. These relaxed requirements and a torpid sense of spirituality are not going to be preparation enough as we face the innumerable spiritual pitfalls of the modern world.

If my Catholic faith demands less of me than a follower of Islam, what hope do I have of inspiring him with the Truth and the Word of Life? If I can’t manage to fast for 40 days in the example of Jesus Christ whom I proclaim as Lord and Savior, then what credibility do I have when I ask others to follow Christ?

This year, instead of giving up chocolate and doing the bare minimum the Church requires, consider a daily fast or start the Exodus regimen. Die to yourself that God might be proclaimed through you. If I learned one thing from my Jesuit education, it was the idea of magis – more. But not more for the sake of more; it means doing more for God.

As ironic as it may seem, what a follower of Islam taught me in the midst of a basketball game was that if we hope to bring the light of Christ to the world we are going to have to be prepared. And we are going to be prepared if we take up our cross and follow Christ. Lent is the perfect opportunity to get started.

fastinglentMuslimRamadan
03 10 2018
Back to all articles

“What is Truth?”: A Response to the Dictatorship of Relativism

Cafeterias. Men Should Stay Out of Them.