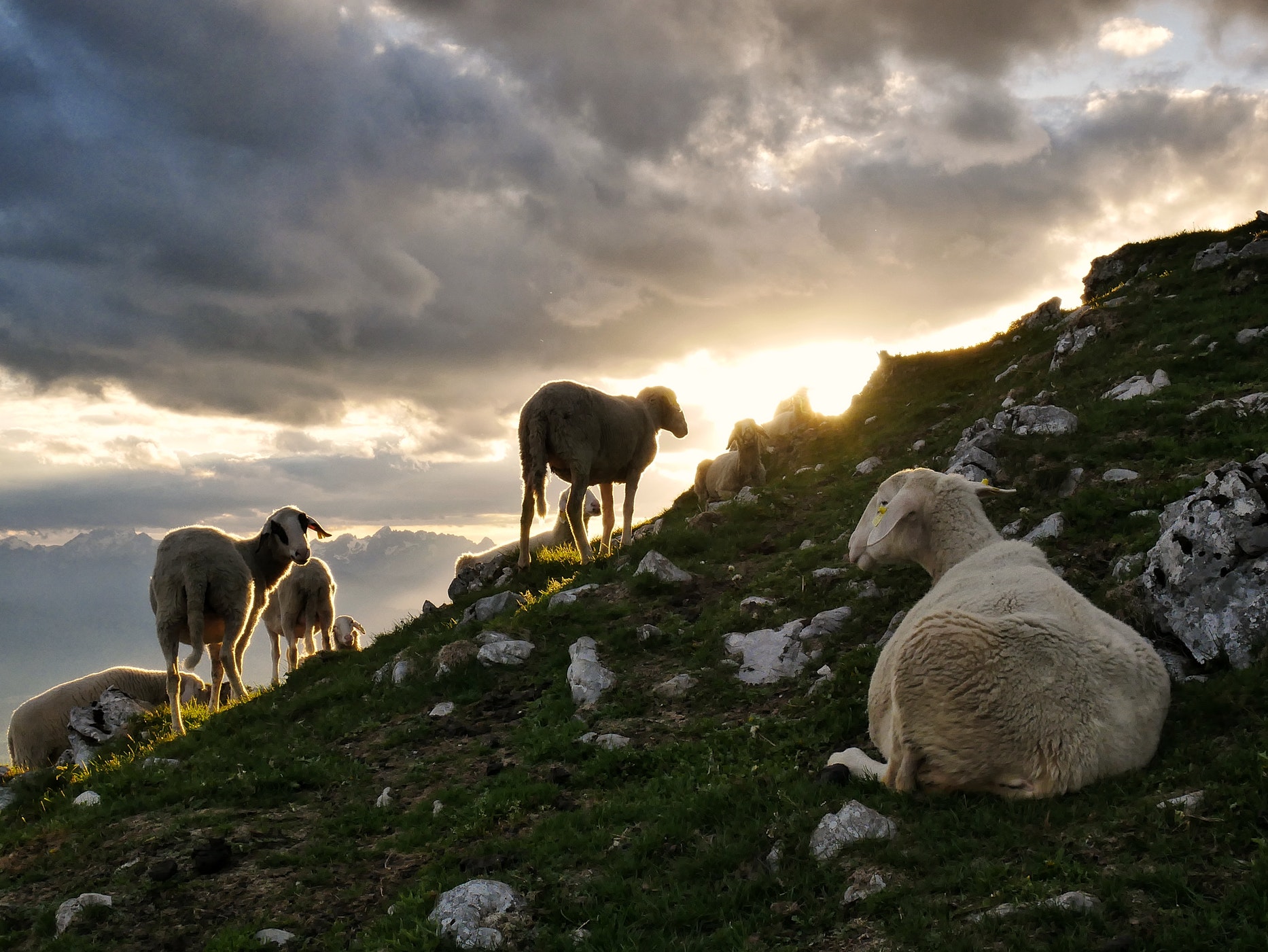 “The Lord is my shepherd, there is nothing I shall want” (Psalm 23).

If we allow ourselves to be guided by our shepherd, we shall want nothing. However, many of us prefer to do things our own way. We prefer to act like goats, rather than the sheep who follow the voice of the shepherd.

What are goats like? They are trouble: always breaking out of their pens, eating everything in sight. I remember visiting a monastery, where a goat was hanging out along the road by the main entrance. He had escaped and stood there staring at us, quite pleased with himself. He was happy to have found his freedom, blissfully ignorant of the predators, cars, and other threats that would come with nightfall. The goat can gloat about his freedom, but he won’t last long apart from the protection of the shepherd.

Jesus, on the other hand, describes how the sheep act in relation to the shepherd: “The sheep hear his voice, and he calls his own sheep by name and leads them out. When he has brought out all his own, he goes before them, and the sheep follow him, for they know his voice. A stranger they will not follow, but they will flee from him, for they do not know the voice of strangers” (John 10:3-5). The sheep recognize the voice of the shepherd, because they’re not focused on doing their own thing. They are docile and willing to be led. Many of us prefer to lead ourselves, however, and buck against the yoke that guides us through the suffering we must endure to be perfected.

Jesus ups the ante on these animal profiles in a startling passage of the Gospels: “ Before him will be gathered all the nations, and he will separate them one from another as a shepherd separates the sheep from the goats, and he will place the sheep at his right hand, but the goats at the left” (Matthew 25:32-33). The image of the Good Shepherd is not simply a soft and comfortable image of Jesus, but through it is revealed the determination of our eternal destiny. Those who allow the shepherd to guide them will enter into the eternal shelter of the pen. Those who have preferred to stay outside, doing their own thing, will continue to do so.

Jesus defines the goats in Matthew 25 not simply as those who did not hear his voice, but as those who did not recognize him in the poor and needy. Goats focus on themselves and their own desires. Sheep adhere to the shepherd even when he is hidden! They search him out and in doing so they advance his mission by following in his own footsteps. They are yoked with the shepherd and get behind Him to help Him carry His cross as He suffers in the poor.

During Lent, we can think of ourselves as goats on the way to becoming sheep. We are like Simon of Cyrene who is forced to carry the Cross, but in the midst of difficulty and suffering learning to embrace the Cross more and more willingly. We also can learn from the good thief, confessing our sinfulness and turning toward the Lord for mercy. The two thieves, as they are placed on Jesus’ left and right, are poignant examples of a sheep and a goat, one entering paradise and one rejecting it. Sheep are not perfect, but they confess their weakness and depend on the shepherd for everything.

Returning to Psalm 23, we see what the Lord promises us if we are His sheep: we shall not want, He will nourish and protect us, restore our soul and lead us in the path of righteousness, comfort us in the midst of trails, feed and anoint us, and will bring us to dwell in His house forever.