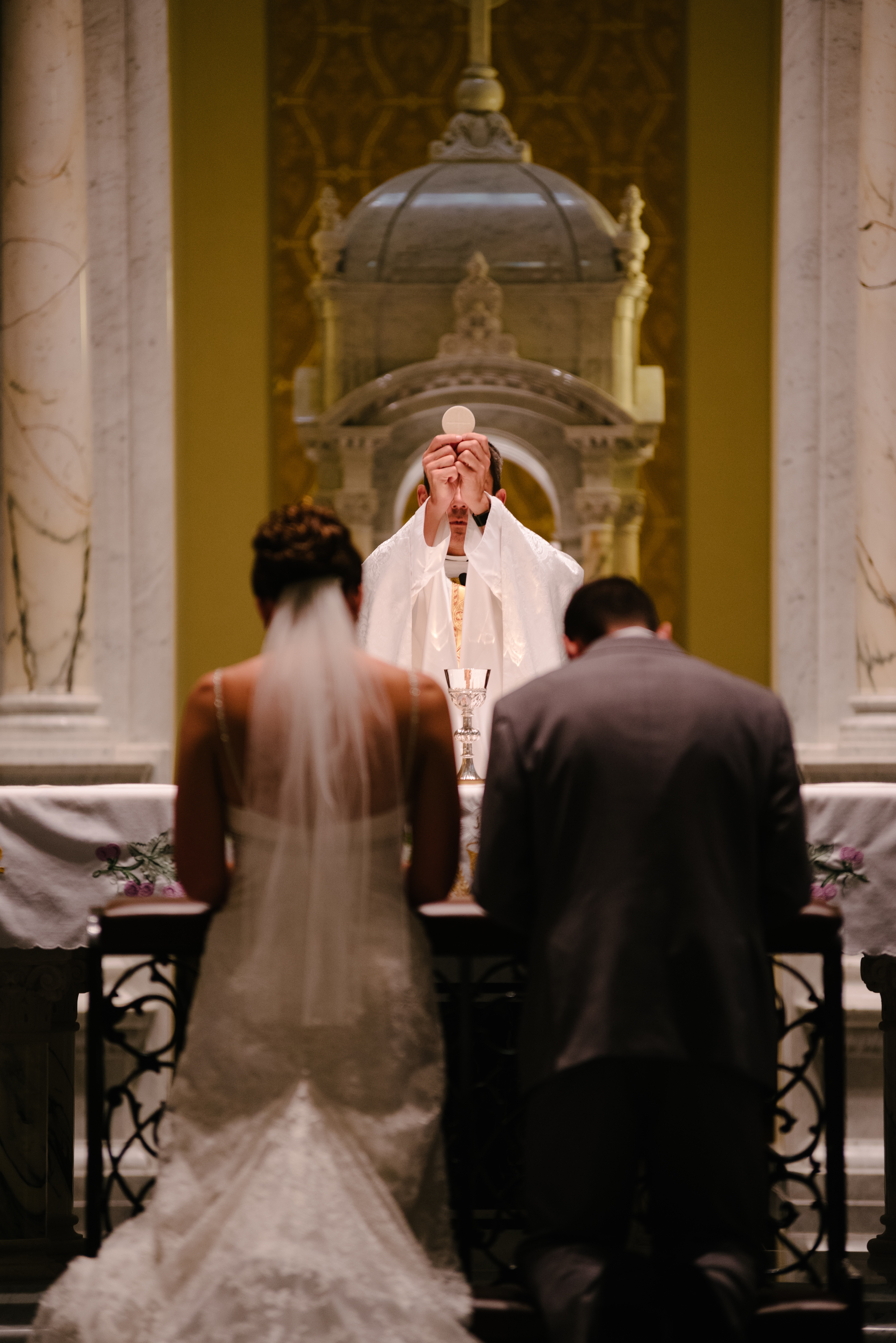 The modern phrase “faith journey” gets so much use that some almost feel an aversion to using it – its cliché.  And in some instances it is the surface language of relativism, since a “faith journey can take many paths”, which is covert language to say that Jesus is not the way but a way,  as if as long as we are moving and it feels spiritual in some way its good – without question which direction we might be moving toward, or a final destination.  Faith does in fact reveal to us a journey – the journey to heaven.  As such, it may be more precise to refer to our hope journey, since it is the virtue of hope that posits man as a pilgrim, as one “on the way.”

Hope sets us on the march towards heaven, but it also strengthens us in the here and now – we live more lively with hope.  And the greatest weapon and food that He gives us is the Holy Eucharist.  No man is defeated or starved when he is able to receive the Lord in a state of grace.  “Labour not for the meat which perisheth, but for that which endureth unto life everlasting… This is the bread which cometh down from heaven; that if any man eat of it, he may not die. I am the living bread which came down from heaven. If any man eat of this bread, he shall live for ever; and the bread that I will give, is my flesh, for the life of the world” (John 6:27, 50-51).

With earthly food, the matter affects the matter – the goodness of the material food is absorbed when it enters the body.  However, the goodness of the Eucharist is objective but also can be all the more received based on the preparation of the communicant.  By preparing our souls through prayer, contrition, and meditation we prepare the place where Our Lord will dwell.  We then dispose and prepare ourselves to receive more grace.  The Eucharist is not a spiritual token with the same value in every place – the soul prepared is able to receive more than the one not prepared.

And this Blessed Sacrament is truly a sacrament of hope, a “pledge of future glory…” (Sacrosanctum Concilium).  Hope is that virtue which anchors us in heaven by placing it before us as our final end.  Yet the Eucharist is a foretaste of that heavenly banquet, a bit of heaven for the now.  It increases in us the longing for our final fulfillment, and it constantly reminds us to look forward to our heavenly home, which itself is an act of hope.  It is a sacrament for the now with a clear orientation towards the consummation of this life – “For as often as you eat this bread and drink the cup, you proclaim the Lord’s death until he comes” (I Corinthians 11:26).  The Eucharist then points to the final fulfillment – the “end purpose” – of all creation in God.  “The Eucharist thus gives a sense of direction to humanity, activating hope in the present” (Fr. Paul Vu Chi Hy).  Is your life feeling directionless?  Look to heaven, and receive the food that gets you there and gives you a foretaste of the final destination.