Fatherhood, Anger, and the Struggle for Sanctity 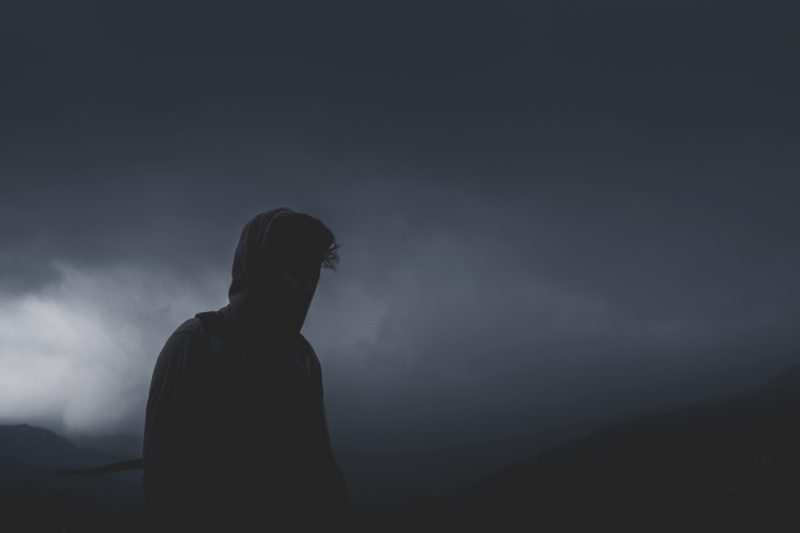 When our wedding day was approaching I thought (though I would not have said it out loud) that I was going to be an awesome husband.  Same thing when we were preparing for our first child to be born.  I thought I was going to be the best dad, always caring, always affectionate, always there as the best version of myself.

Fast forward 5 years…3 kids later and here I am in the bathroom with my three year son whom I brought in here so that he would not wake up his sisters because of his crying and screaming tantrum.  I can tell you that my ‘best version’ was not there.  Not even close.  I got angry.  I got frustrated.  I lost my temper.  I was able to stop myself before I said or did something I would have regretted later, but I was fuming.  I cracked open the door and asked my wife for a break.  She came in and I not only left the bathroom, but even stepped outside into the frigid winter air to take a breath.

Anger is real.  It is dark.  And it is in me.  I stood there on the deck and looked up at the stars half praying, half talking to myself I asked, “What is going on here?”  Then it hit me, “Raising these kids is just as much about making me a holy man of God as it is about making them holy children of God.”

Before I was married and before we had any children I think I was prideful enough, or at least naive enough to think that I had a lot about myself figured out.  I really thought that I was pretty well put together.  I really thought that I was patient, kind and loving.  Now it feels like the veil has been lifted and I see my faults and failings even more clearly, and they are ugly.

Here are three things that help me:

First, I am not alone.  I have started meeting with a couple of other guys on a regular basis (which I would highly recommend) and if no other fruit has been borne from this group, it has been made very clear that we all struggle with anger on some level.  We do not share this with each other in order to simply commiserate, rather it is so that we can pray for each other and help build each other up into good and holy husbands and fathers.

Second is that this is a marathon, not a sprint.  I try to find the ways that I have made progress.  Being real with myself about both the good and the bad.  Again this is done pretty well with the group of guys that I meet with on a regular basis.  I let them know the struggles I am having and have the others to ask me about the progress I am or am not making.

And lastly, this is the Lord’s work.  He is the one that will ultimately bring me to the holiness that I desire in this world and the next.  It will not be on my own steam.  He may ask me to embark on some work or some tasks, but it is still His to accomplish.

“Be strong and of good courage, do not fear or be in dread of them: for it is the Lord your God who goes with you; he will not fail you or forsake you.” Deut 31:6

Mr. Jeremy Vidmar lives in a little place of no consequence in southwestern North Dakota except for those fortunate enough to live there, which include his wife, three small children and a fourth on the way.  He earned his BA in philosophy at Saint Mary’s University in Winona, MN and an STB at the Pontifical University of St. Thomas in Rome, Italy.  He loves to build things with wood and has been known to run a full marathon without training.  He currently works as a commercial and agriculture loan officer but most of his energy is directed toward the aforementioned small children.

angerfatherhoodholinesssanctitystruggle
04 11 2018
Back to all articles