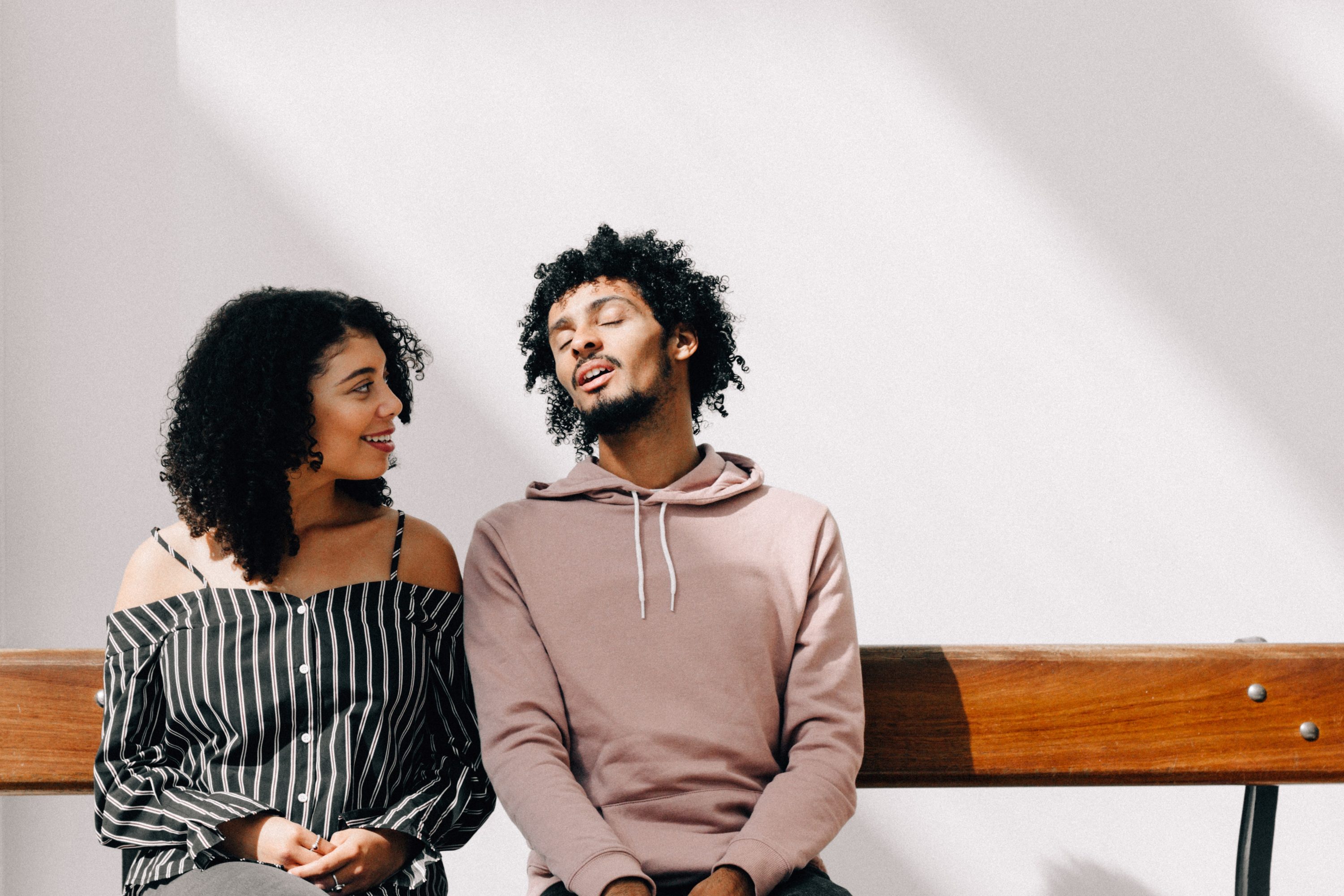 All forms of love are not totally selfless.  When we first “behold” a thing and feel love, we do so because it brings a sort of pleasure to us.  Its not totally selfless, and that is normal.  We are attracted to someone, and the pleasure of the attraction draws us in further.  Though not totally selfless, it is still a part of the path to selfless love.  This pleasurable “stage” of love is what the Greeks called eros.  It is the sort of unexpected, spontaneous, and intoxicating feeling that overcomes us.  It’s youthful and confusing.

Everyone encounters untamed eros, especially in youth. I still remember those feelings the first time I saw my future wife. Wow. But the youthfulness of eros, as with youth in general, is something that will grow, but to grow well it must be directed.  In other words, the sense of love experienced in our humanity should not be squashed, nor let totally loose. “[Eros] calls for a path of ascent, renunciation, purification and healing,” said Pope Benedict (Deus Caritas Est, 5 emphasis added). But we tend toward those two extremes – unleashing eros to untethered sexuality or confusing all eros as sin and suppressing it.

First, let’s consider the great error committed when young people are told that their feelings of eros are essential and almost exclusively sexual and need to be explored and acted on – pointing toward a biological need for intercourse.  Equating sex with love, especially the beginning inclinations of eros, has disastrous effect.  It particularly robs young men of the fruitful first feelings of eros, which are fundamental to human growth.  And the word “fundamental” is not hyperbole – these first steps are the steps man takes to reach true love, and to introduce impurity is a terrible stumbling block. He needs to feel the urge toward the other without being told all urges are related to ejaculation.  When a boy is shown pornography by an adult he does not think, “Wow, thanks for giving me an image of these feelings in me.”  Rather, they feel a betrayal, intuiting that a purity has been lost and will be hard recovered, that true love is now further away.  Hardcore pornography is an image of old sin, not youthful love.  Pornography first works in a boy by confusing everything happening inside of him. If he accepts it and normalizes it, it becomes the drug that will continue to disrupt his path to true love.

The second reaction when eros equals sex is to attempt to keep young people away from those feelings – to shield them from any opportunity for eros.  This can become legalistic or puritanical.  I have seen many instances of the puritan approach, and it doesn’t work.  The reality is that this attitude believes the same thing the first extreme does – that feelings of eros are primarily pointing toward promiscuity.  Yes, purity must be guarded, but we need a better understanding and grounding in reality.  Most parents who smother their kids in this way are really trying to keep their kids from mistakes they had made.  We need to understand (and remember!) what these early stages of love really are, and respond properly to them.

To get a proper understanding, let’s talk about what really is going on inside of a young man encountering the “draw” of a young woman.  First, a boy’s first feelings towards girls are not sexual – they’re butterflies!  He doesn’t want to touch her.  He’s experiencing something sacred and isn’t even sure how to safely enter into her presence.  He would likely not dare to touch her without being told that is how he ought to respond to butterflies.  If he’s young enough and bold enough, he might attempt to achieve touch the way he does with other boys – hitting and rough play.  This usually backfires and he retreats to regroup.

Moving from initial attraction to getting to know her, a boy already begins experiencing a more mature love.  For some reason he wants to make her laugh, to be with her instead of his buddies, to give her gifts.  Already we see his love moving away from his self and in delighting over a person’s well-being (seeing them laugh), becoming monogamous (leaving friends behind for her), and becoming a gift for someone (by giving tokens of his new feelings).   His feelings are not sexual – do not fear his clumsy desire to be near her.  Do not, for his sake, teach him that those feelings are evil. This stage of love opens his eyes to the goodness of life.  “The first erotic [meaning eros, not sexual] leanings of unspoiled youth take an absolutely spiritual turn,” said Goethe speaking of his own experience as a boy, “And so the sight of this girl, because of my affection for her, opened up to me a new world of beauty and excellence.”

When the realization of sex does occur his attitude will be similar to any sane man’s attitude towards the opposite sex – reverential fear.  As Chesterton said: “The first two facts which a healthy boy or girl feels about sex are these: first that it is beautiful and then that it is dangerous.”  Yes, this was said in an age of less public and praised promiscuity, but I believe it to be true for us still.  We must still be very careful of the horrendous effect of lust, of which St. John Vianney lamented: “O God!  How many souls does this sin drag down to Hell!”  But the answer is not puritanism.  The answer is love.

Here are three specific ways we can help young men both experience eros and provide a “path of ascent” for it.

First, he needs opportunities to appropriately interact with a girl.  Learning dances is probably the best and most traditional way, but this is a tall order since “dancing” today is basically humping to the beat.  Many small schools and homeschool communities are relearning the place and need for dancing, but anything that is both public yet providing of semi-private interaction (conversation, etc.) is healthy.

Second, the potential for love must be prepared for especially through learning self-mastery.  We cannot give the self if we cannot control the self.  Teaching chastity is not a “no” to love, but a “yes.”  “Self-mastery is ordered to the gift of self,” says the Catechism (2346).  And adolescence is also one of the most important times in life when it comes to learning the disposition and practice of self-mastery.  Those that learn to deny themselves pleasures – both licit and illicit – also learn how to direct and control their carnal appetites.  In such direction they are better able to walk the “path” of eros to the maturity of self-giving love.

Third, the Catechism also reminds us that chastity is achieved in friendship, and this should be taught and encouraged among young people – “The virtue of chastity blossoms in friendship” (2347).  St. Thomas Aquinas defines love with that one word: friendship.  I knew a great father in a close community where the teenagers started complicating life with their silly and worldly “relationships”.  They loved to be together, but things just kept getting blown up when everyone started “dating”.  He sat them down and said bluntly, “Can ya’ll please show that you can be real friends before you start talking about boy and girlfriends?”  It worked.  They realized that they prized their friendships and could cultivate that without the drama of “dating”.  If you can’t do the former, you can’t do the latter.

We need to be on serious guard today against the errors of eros.  We cannot allow for the descent of eros, the dangerous sin of lust.  Yet, in our reaction we cannot swing to an extreme of puritanism.  What we need is to see eros as a step on the path to love, and provide the human ecosystem where love, self-mastery, and friendship are seen in their wholeness – encouraged and directed through cultural expressions and mentoring.  So, for example, if you are mentoring a young man and you think he’s interested in girls, and you know that you have at least tacitly come to understand the self-gift of love in the maturity of marriage, try to connect his youthful feelings to your matured ones.  Don’t give him “the talk” immediately, or try to scare him with STD talk.  Ask him if he’s met any pretty girls lately.

ascentEroseroticgrowthhealthlovematurationmaturitysuppression
11 / 09 / 2017
Back to all articles

You Can Check Out, But You Can Never Leave