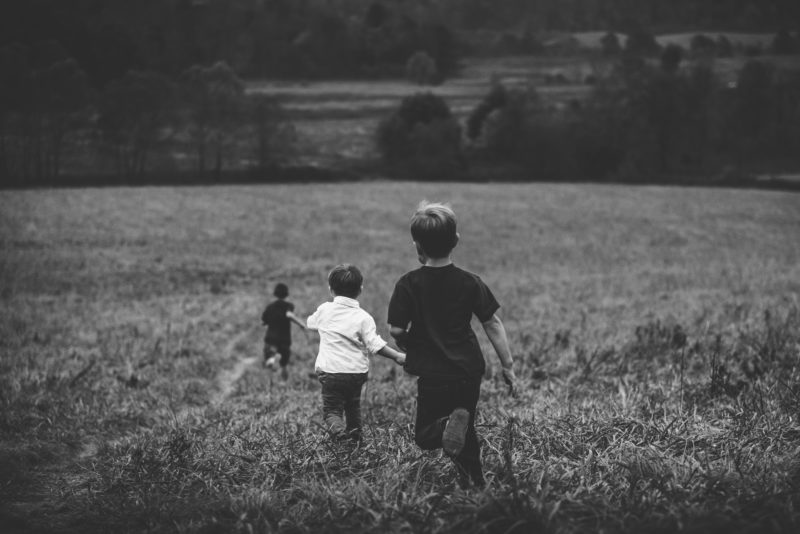 We’ve got a small problem on my property, Olgi Golgis run rampant. You can’t hear them or see them, but they are there. I’m not really sure if they are some kind of monster or just bad guys, but the war against them is fought whenever there is a chance to do battle. They appear regularly while we are doing chores, when the kids are at play, and pretty much any time two or more boys are outside. A small gun battle or sword fight with a short chase is required to beat them back. I doubt anyone else has Olgi Golgis, but all boys have imaginations and desire to be heroes, so I know similar realities exist elsewhere.  We’ve fought the Olgi Golgis for about three years since we moved here, but it has become obvious that my boys need a home base from which they can plan attacks and defend against large scale assaults.

Last Christmas, my wife and I gave a fort as a group gift to three of our sons, ages 11, 9, and 7. The fort didn’t come in a box and it didn’t even exist anywhere except in the minds of those boys (okay I had some ideas too). The boys picked a location in the woods for it to be built, described the trap door entrance that they wanted, made sure that a tire swing could be incorporated, and explained all the ways that the fort would need to be used. The boys made the trip to the store to pick out all of the necessary hardware, bags of concrete, and fun necessities like rope and camouflage paint. They also helped load up all of the lumber from the local sawmill and get it unloaded in our driveway. Of course they then had to help decide exactly how the fort would be built, dig post holes into the side of a hill, make measurements, cut and carry large pieces of lumber through the woods, and help bolt and nail their ideas together piece by piece. It’s kind of funny how their gift actually turned into quite a bit of work for them.

I hope that the memories of building the fort stay with them forever, just as one of my fondest memories is working with my dad to build a tree house when I was about 7 years old. Sadly, that tree house came down several years ago, but what a nice treasure of memories I have from it. Maybe even more important to me is the opportunity I had to further teach my boys about the value of work and build their confidence to do things for themselves. The only reason I can guide them in building a fort is because my dad taught me how to swing a hammer, make measurements, cut lumber, use a drill, determine level and plumb, and understand that careful planning saves time and money when it comes to execution. Though it was work, I know the boys got a lot more out of it than just the fort, even though they probably don’t realize it. They tease me with their own adage of “measure once, cut twice,” and talk about the “L half-square,” but I know they know what to do with a measuring tape and carpenter’s square. They also know the difference between a  4” x 4”, 2”x 4”, and 1” x 6”, and the basic uses for all, while before lumber was probably little more than random pieces of wood to them.

The learning doesn’t end now and the real fun can begin. We’ll probably have opportunities to use the fort’s upper level to learn a little bit about shooting from an elevated position and I’m guessing that more than one coordinate air soft attack will be planned in the security of the fort’s walls. I’m sure that many lunches and laughs will be shared between brothers and friends in a fort that never existed before. Watch out Olgi Golgis, I think your days are numbered.

boysbuildfortgiftimaginationlumbermemorieswork
06 / 18 / 2018
Back to all articles