Dads, Be Like God and Finish What You Start 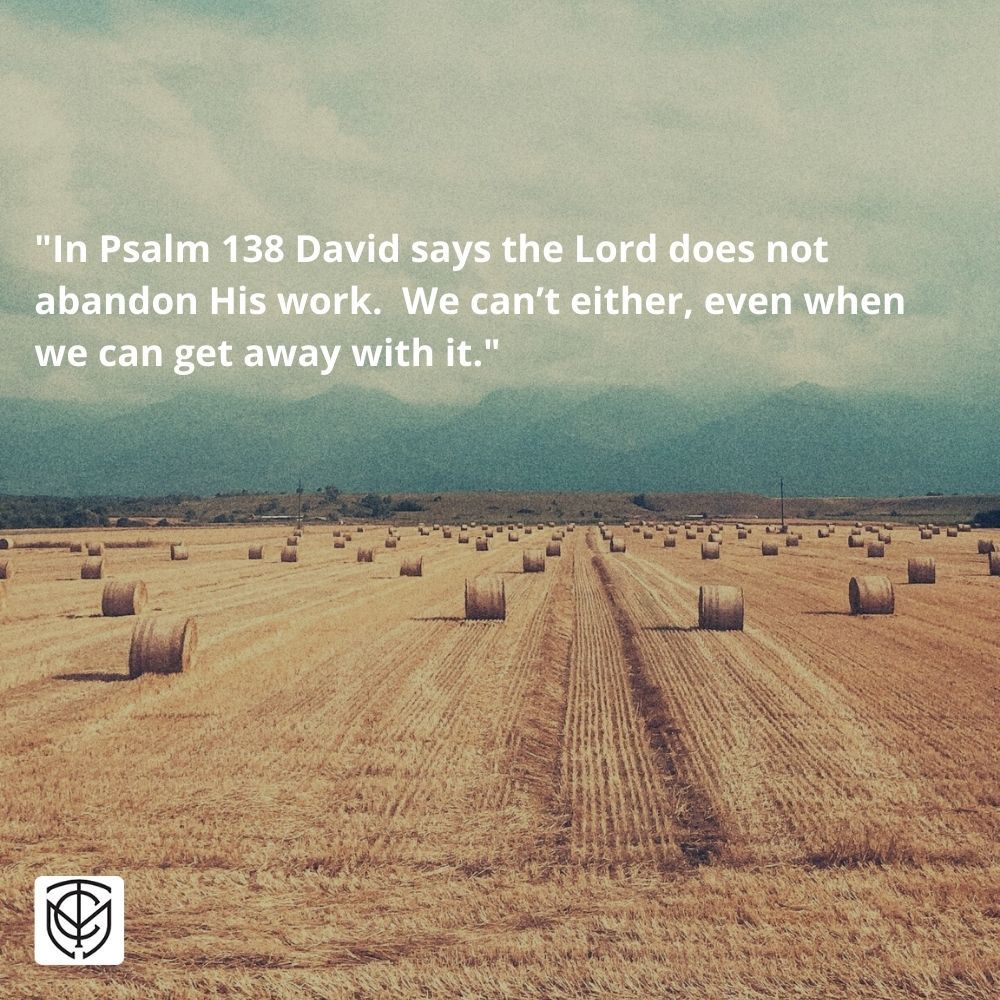 In Jared Staudt’s recent article, I was struck by the last words:

The temporary construction of our own bodies will be resurrected and transformed through His own glorious and perfected Body, bringing His task of building to its completion.

Our Lord’s work stretches through time, and is in that sense ongoing.  Yet, Our Lord has a beautiful habit of finishing what He started.  I, by stark contrast, have an ugly vice of forgetting what I started.  I am hounded by this now, because we are completing a major construction project here on St. Joseph’s Farm, and there appears to be endless “lose ends” to tie up.

My habits seem to be shared by many dads.  We go through cycles in our many dad-projects.  Take a moment for review here, but bring this article to completion:

I do love milking cows with my sons everyday, because it is something that simply must be done.  Everyday.  No excuses.  I need that in more areas.

St. Thomas Aquinas says in Summa contra Gentiles that one reason we appropriately call God “Father” (besides revelation) is because He sows the seeds for life and brings it to perfection.  In other words, if God only sowed the seeds for life He would be like the God of the deists, or even like a man who sires many children but doesn’t raise them.  The characteristic of seed-sowing that is fatherly is not just in the planting, but the later care and harvest.

Jesus was said to have “did all things well” (Mark 7:37), and nothing is done well if it isn’t done.  In hope we know God is at work and won’t stop until its finished: “…he who began a good work in you will bring it to completion” (Phil. 1:6).  On the cross Jesus gets to proclaim the profound truth of why He was sent when He says, “It is finished” (John 19:30).

In Psalm 138 David says the Lord does not abandon His work.  We can’t either, even when we can get away with it.

It is good to set out toward what is good.  That is the virtue of prudence.  But prudence needs its helpmates, its protectors.  Fortitude keeps us steady in the good when forces out of our control assail us (endurance).  And temperance keeps us steady in the good when our forces (passions) get out of control.  These virtues reach the reward when the good is reached.  Until then we must persevere.  Starting is good.  Completing is glorious.

And I’ll leave you with this simple meditation and story from the saint of good work, St. Josemaria, which was featured in the last issue of Sword&Spade magazine on “work”:

Many people begin, but few finish. And we, who are trying
to behave as God’s children, have to be among those few. Remember
that only work that is well done and lovingly completed
deserves the praise of the Lord which is to be found in
Holy Scripture: ‘better is the end of a task than its beginning.’
You may already have heard me tell this story on other occasions;
but even so, I would like to bring it up again because
it contains a very striking lesson. I was once looking through
the Roman Ritual in search of the prayers for blessing the
last stone of a building, obviously the most important stone,
since it symbolically represents the hard and enterprising
work of many people, who have persevered in the task
throughout the long years of construction. To my surprise, I
found that no such prayers existed, and I had to be satisfied
with a benedictio ad omnia, that is, an all-purpose blessing.
I must say that at first I just couldn’t believe that there was
such an omission in the Ritual, and I spent quite a while
going over the index without finding what I wanted.
Many Christians are no longer convinced that the fullness
of Life that God rightly expects from his children means
that they have to have a careful concern for the quality of
their everyday work, because it is this work, even in its most
minor aspects, which they have to sanctify.

It is no good offering to God something that is less
perfect than our poor human limitations permit. The work
that we offer must be without blemish and it must be done
as carefully as possible, even in its smallest details, for God
will not accept shoddy workmanship. ‘Thou shalt not offer
anything that is faulty,’ Holy Scripture warns us, ‘because
it would not be worthy of him.’ For that reason, the work
of each one of us, the activities that take up our time and
energy, must be an offering worthy of our
Creator. It must be operatio Dei, a work of
God that is done for God: in short, a task
that is complete and faultless.