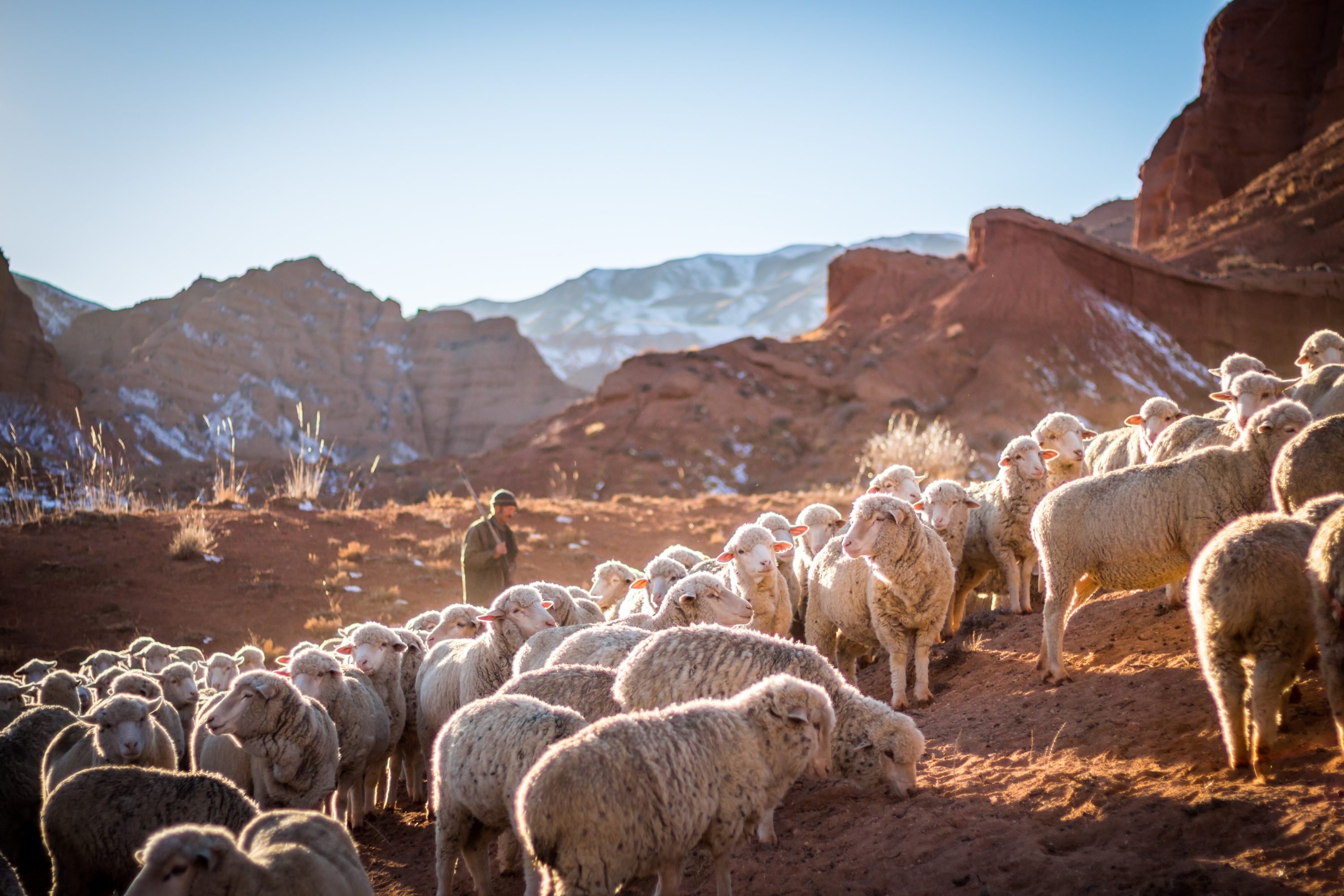 Ezra Pound was born in Idaho—but you wouldn’t know it to hear him speak. The American poet (1885-1972) set sail for Europe in 1908 and spent a large part of the rest of his life bouncing around the continent with an accent as strange and difficult to pin down as he was. Pound is hailed as a leader in literary modernism and was responsible for jump starting T.S. Eliot’s literary career, but don’t let that fool you into thinking he’s a popular figure. Pound is widely thought to have been anti-semitic and had the poor judgement to act as a fascist mouthpiece in a series of radio broadcasts in Mussolini’s Italy during World War II. And though he seemed to thrive on controversy, Ezra Pound had a talent for recovering cultural artifacts in his translations and adaptations, and infusing them with a newly pressurized language. His own poetry often seeks to reanimate stories and personalities found in history by using the full rhetorical palette that poetry provides.

The “Ballad of the Goodly Fere,” written in a Scots dialect where a “fere” is a comrade, is an example of this recovery effort. Perhaps strangely for the irreligious Pound, this particular poem is concerned with recovering Christ’s masculinity and intervenes with lines like “No capon priest was the Goodly Fere / But a man o’ men was he,” and “A master of men was the Goodly Fere, / A mate of the wind and sea.” Pound noted after he wrote the “Fere” that he was provoked to write by “a certain sort of cheap irreverence” that feminized one whom Pound thought of as a great and particularly masculine man. Pound, of course, preferred irreverence of the expensive sort. Nevertheless, the “Ballad of the Goodly Fere” is a striking and compelling picture of Christ’s humanity—an attempt to recover His masculinity from a culture gone anemic with enlightenment and that preferred a soft, androgynous savior to one who flips a few tables now and again.

It seems that Pound’s effort at recovery is now in need of recovery. If Pound’s 1909 audience needed correction with regard to Christ’s masculinity, what about us? We can be grateful to higher education for pioneering the initiative to uproot toxic masculinity, grateful because at least the word masculine, for which we had lost any use, is now re-entering the lexicon. In a secular culture that sees masculinity as simply a threatening binary with some pretty serious baggage, what chance do men have of finding an exemplar for their masculine natures? The Christian point of view is not immune from these effeminizing tendencies as we can see from the proliferation of grotesquely soft and fabulously groomed caricatures of Our Lord. Where in them can we find the man that showed “how a brave man dies on the tree” or who drove “a hundred men / Wi’ a bundle o’ cords swung free?”

While the “Ballad of the Goodly Fere” hardly offers a complete and orthodox Christology, it does illuminate an aspect of the person of Christ that badly needs illumination in Catholic education today. Not every school suffers from this malady, but all too often we neglect boyhood with its perils and promise for the sake of a hyper-controlled domestic (or industrial) environment. We medicate boys so as to keep them indoors on a strict program of physical enervation and virtual reality in the form of television, video games, and online “schooling.” The culturally acceptable outlet of “sports” is too often an arena for simultaneously exalting the ego while protecting it from any real consequences, and simply perpetuates a kind of infancy that promises to culminate in petulance of NFL caliber. True to the depictions of Christ on which they were reared, teachers often encourage a neutered expression of boyhood, you know, the kind of boyhood Christ had as a preternatural goody two-shoes. Needless to say, it is not just a healthy expression of a boy’s masculine nature that is at risk, but his ability to know, respect, and love Our Lord at all.

The program at St. Martin’s Academy, a boarding high school for boys opening in 2018, seeks to remedy this devaluation of the masculine in young men’s education. Situated on a 200 acre sustainable farm in southeast Kansas, St. Martin’s will immerse its students in an environment that teaches through every aspect and action of each day. Our curriculum is squarely within the liberal arts tradition, emphasizing contact with primary sources and classic works, but with the addition of a robust work program in which every student participates. “No mouse of the scrolls was the Goodly Fere!” The school’s inspiration is Benedictine, a rule in which for over a thousand years ora et labora (work and prayer) has transformed men’s souls into fertile soil for Our Lord’s harvest. The farm work, daily chores, and robust outdoor programs, will serve as a proving ground for the intellectual and moral lives of the students. As a screen free campus, we will remove the boys from the distancing layer and distraction of virtual reality, and through the integration of farm labor and vigorous physical exercise, bring them into close and attentive contact with nature—mankind’s first teacher. As a boarding school, the students benefit from the supervision of strong masculine exemplars in the faculty and staff, and live in an environment that provides the unscripted social experience and camaraderie that Bd. John Henry Newman says is essential to a young man’s maturation and education. The rigorous Academics at St. Martin’s will benefit from the sustained attention that the residential environment provides, the grounding in nature, the work ethic inculcated through the labor program, and from an experienced and passionate faculty.

One could summarize this model of education as an effort to cultivate authentic Christian masculinity rather than ashamed pseudomasculinity. The hegemony of the effete was old to Ezra Pound a century ago; its senescence in our time is downright macabre. It is time for a renewed devotion to Christ in his masculinity, and time for our efforts at educating boys to acknowledge that their exemplar was, and is, unapologetically masculine.

If they think they ha’ slain our Goodly Fere
They are fools eternally.
I ha’ seen him eat o’ the honey-comb
Sin’ they nailed him to the tree.

Patrick B Whalen is the Headmaster of St. Martin’s Academy, a farm-based boarding high school for boys opening in fall 2018. Patrick served on Active Duty in the Marine Corps from 2007 to 2016 and has published poetry, translations, and articles in a variety of journals and books.  He and his wife Kristi have four children and live in Fort Scott, Kansas.