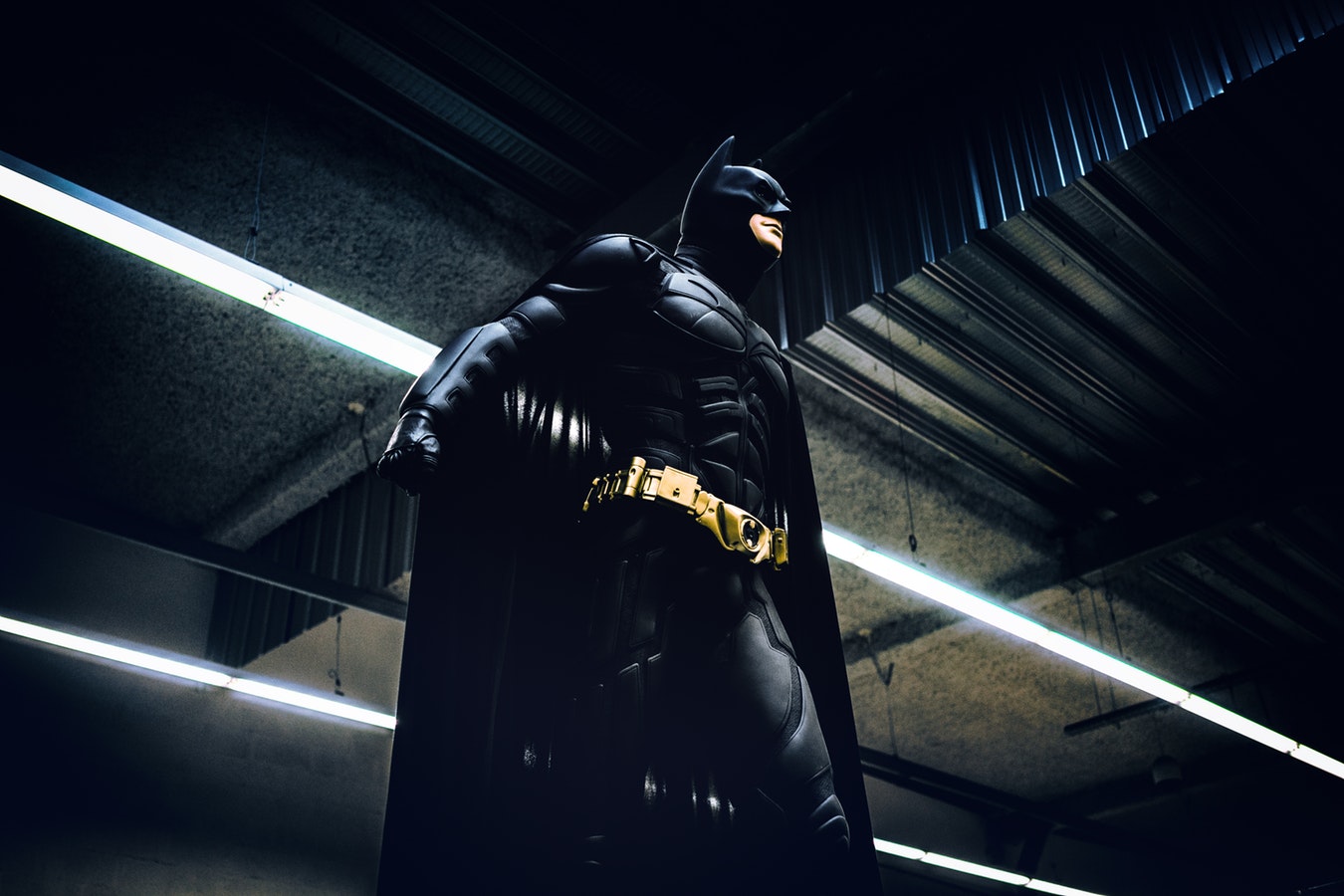 It’s been a decade since the second film of Christopher Nolan’s Batman trilogy, The Dark Knight, was released in theaters. The gripping sequel is a fantastic film for many reasons, not the least of which is the profound moral questioning it evokes. Earlier this year, the National Catholic Register’s Steven Greydanus wrote about the film to mark it’s ten years of existence. His reflection is worth the read.

Now it’s true that nearly every superhero story can be mined for religious parallels in some measure, but the overarching story and theme of the Batman is so rich with Christian undertones that Catholic men can glean a great deal of spiritual insight from a well-grounded appreciation of the dark knight. This is not to say the character of Bruce Wayne/Batman is Catholic himself, though some Catholic websites have attempted to lay out evidence making that case; rather, the fundamental elements of the Bruce Wayne/Batman story contain wisdom apropos of Catholic men and, with the right lens, Bruce Wayne/Batman can be a good role model.

Two notes or clarifications are worth making here.

First, a word about “fantasy” entertainment and literature. Comic books, TV shows, movies, video games, novels, or any other media – even those thoroughly imbued with a rich Christian theology such as Lord of the Rings or Chronicles of Narnia – must never become a form of “escapism” for the Catholic. Venerable Fulton Sheen once wrote, “An escapist is one who calls religion ‘escapism’ so as to avoid that amendment of life which religion requires.” Though he was writing on the importance of a sound conscience in the moral life, not specifically regarding literature, his observation should still be a warning for us here. Any literature, media, or entertainment which draws us away from being Christian in real life, no matter it’s positive merits, becomes a form of escapism. We must guard against that temptation wherever is presents itself. I hope to write more about this in a future essay.

Secondly, a caveat regarding my Batman bona fides: I’m a big Batman fan, so much so that I have Batman socks, Batman underwear, a Batman t-shirt, and I once wore Batman cufflinks to a wedding. I also have a LEGO Batman keychain, and I beat the LEGO Batman videogame (I like LEGOs, okay!). But I’m not what you might call a Batman “expert.” In fact, I’ve never read an official Batman comic. I’ve seen some Adam West Batman, but my exposure has been mainly through Batman: The Animated Series and Nolan’s trilogy. I think so highly of both the series and the trilogy that I own three volumes of the series and each of Nolan’s movies independently is probably in my top ten favorite movies.

All this being said, I’m shocked – shocked, I say! – that no writer here at TCM has yet written on the topic of Batman. Someone had to be first though, and somehow that honor has fallen upon me. And with that, here is a list of what might be called the virtues or lessons Catholic men can glean from Batman.

Many of the most celebrated saints, such as Augustine, Ignatius, and Mary Magdalene, had a past worth forgetting. Yet, they used their past transgressions as motivation for their later life of goodness and holiness. Similarly, Batman’s past motivates him to take on the alter-ego of Batman to do good. We don’t want to create alter-egos for ourselves, but we do need to confront our sins in the Sacrament of Confession, even the ones that we’re scared to talk about, so that we can move on to a life of loving and serving God. In Bruce Wayne’s case (at least according to Nolan’s telling), he confronted the very thing he was afraid of in order to do good. Just like the greatest saints.

Batman has unlimited funds and high-tech gadgets in his utility belt, and he relies heavily on it to fight evil. For our part, the Church has given us a “utility belt” of sorts, consisting of prayers, devotions, and ceremonies we should utilize regularly to fight the evil one. The rosary, the sacraments, sacramentals, other rote prayers, fasting, and many other aspects of a robust Catholic devotional life make up our own spiritual utility belt. We should make ourselves familiar with these tools and keep them at our disposal.

Unlike every other superhero, Batman has no super powers, so he must rely on his own strength and wit, and that requires preparation. He trains his body constantly to undergo the rigors of a crime-fighting vigilante. He also extensively researches the criminal masterminds he confronts. Similarly, we must prepare ourselves to spiritually confront the evils of the world. Regular recourse to prayer, the sacraments, scripture and other spiritual reading is important. It’s also important to know a little about our enemy, so reading solid books on spiritual warfare, something like C.S. Lewis’ masterpiece The Screwtape Letters, is crucial.

Batman has one guiding rule for his vigilante work: he never intentionally kills. Even in the worst of situations, even if his aggressor is in a near-death predicament, Batman never crosses that line and even offers to save his enemy. That’s a boundary he has set, and he holds himself to it. As Catholic men, we ought to set boundaries. Maybe it’s limiting how much alcohol we consume, how much food we eat, or how much football we watch. Some of us – myself included – could have better boundaries for screen time and technology. Whatever it is, set virtuous, Christian boundaries for yourself and stick to them.

The reason Batman has one rule is because he understands his role and his place. He is not to bring criminals to justice on his own outside the proper functioning of the system. Likewise, Catholic men know that God is the final arbiter of justice and will separate the sheep from the goats at the last day. Even as fathers, we know that our role is to promote justice and fairness within our families. But we derive our rights from the Eternal Father and we will have to answer to Him for our actions, even those done out of a sense of justice. Keep this perspective.

It may seem a rather odd virtue to ascribe to Batman, the same person who in his daytime persona struts around Gotham as a billionaire playboy, yet humility is one of Batman’s greatest strengths. For starters, he wears a mask to hide his identity. How many of us wear a “mask” and seek to avoid recognition for our good deeds? Batman, a.k.a., Bruce Wayne, has also dedicated his life to the mission such that he foregoes other legitimate pursuits, such as settling down with a wife and children. Many times in our own lives we are called to sacrifice other worthy and honorable things for an even greater good. And not only that, but to live humbly in doing so.

Because Batman is the only superhero without superpowers, he is the only superhero who is more than a man: he is an idea. Theoretically, anyone in Gotham with enough money, discipline, and training could be Batman. That’s the entire point. Which calls to mind one of my favorite quotes from G.K. Chesterton: “The Christian ideal has not been tried and found wanting. It has been found difficult; and left untried.” Being Batman is not easily done, and neither is living authentic, Christian masculinity. It’s an idea which we can all pursue. Even those who achieve some measure of success in living that life don’t crowd out the others also striving towards the idea. Whether it’s being Batman or a faithful Christian, the idea is bigger than any one man.

These are just a few personal reflections. Readers may criticize them or have more to add; either of which would be welcome. All Catholic men can use a good role model, and the Church provides many in the lives of Her saints. Bruce Wayne and his Batman alter-ego may not be perfect role models for the Catholic man, but that does not mean we cannot learn something from the character generally. Sometimes even the most benign places or things can lead to deep spiritual insight. It would be dangerous to ritualize or spiritualize the character or the story of Batman, so let that be a word of caution. Yet, there is something oddly satisfying about connecting this beloved tale to the struggles of living a Christian life. Batman is good entertainment and can sufficiently be left at that. But if we can glean spiritual lessons from the story to also edify our entertainment, all the better.

What Beer Can Teach Us