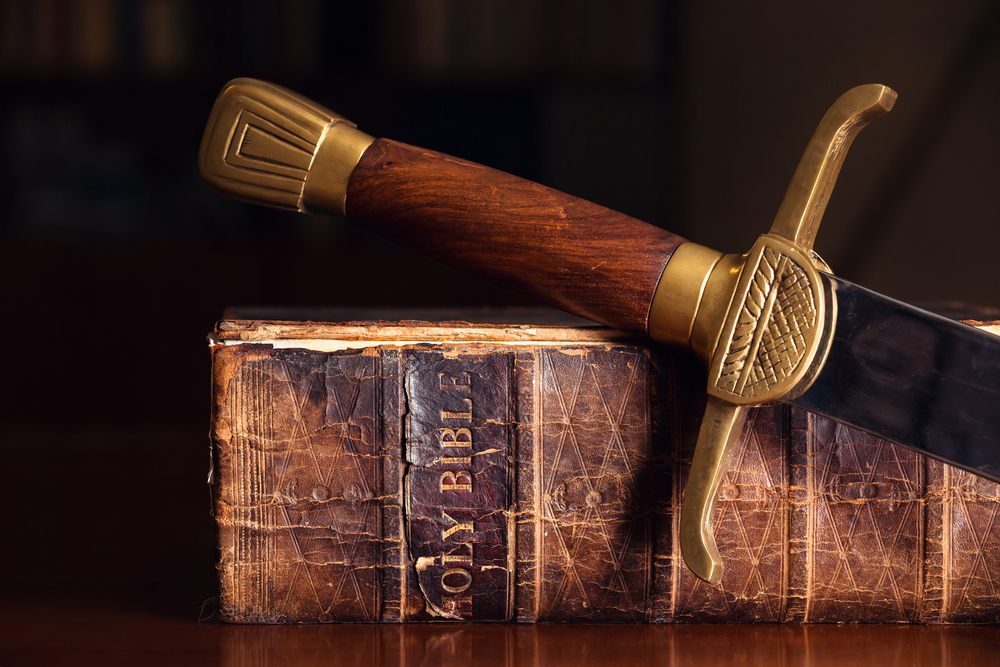 In the 2nd century, early in the Church’s history, a suave Bishop came to Rome. His name was Marcion and he preached a new gospel, claiming the authority of St. Paul, to cast out all Jewish influence from Christianity. He despised the Old Testament, and considered that the New was all Christians needed. Marcion made the God of the Old Testament a demon, who inflicted crude, cruel punishments on his deluded followers, until Christ came finally to liberate men from all forms of Judaism. Wouldn’t it just be easier to throw out the mean old, war mongering God of the Old Testament, since it made the faithful uncomfortable and caused derision among the pagans?

The Roman Church saw through the blandishments and bribes of Marcion, and condemned him in no uncertain terms. To reject the Old Testament was heresy. God the creator, YHWH, is the Father of Jesus. Jesus and the Holy Spirit were there, working with the Father on every page of the Old Testament, in mercy and in justice, in peace and in war. The Roman Church knew that the easy path – simply casting off the Old – was untrue. To the present day the Roman Church has never watered down the full truth, and given in to partial error. The sons of the Church have to make the world understand that the Old Testament and the New flow from the same source who is God Himself, and they tend towards the same end, the Truth incarnated in the Person of Jesus Christ. Of course the Old Testament is a series of covenants leading more deeply into the mystery of God, and reaching their culmination in the Gospels, but Christ who is “the same yesterday, today, and forever” (Heb 13:8), teaches truths in the Old that cannot be contradicted by later revelation, any more than a decision of the Church today could possibly upend Sacred Scripture or Sacred Tradition.

So then we must understand that the Old Testament is inspired by God, and is true. We have to reconcile the God of Battles with the God of Peace. Anything that God does in the Old Testament is just, He cannot lie, He cannot contradict Himself. What He teaches there is good and true. Now God uses force repeatedly in both the Old and New Testaments, meaning that there are some modes of force that are just, since God cannot act unjustly. We cannot bury unpleasant scenes performed by God’s saints in the Old Testament, anymore than we can bury Church teachings that distress us. A new approach is needed, we need to value these events in their context, and celebrate them as milestones in the journey of the People of God in history.

From the beginning the Holy Ones of God fought; Abraham was a leader of men, defeating the king of Elam, and promptly bringing gifts of thanksgiving to Melchizedek, the King of Righteousness, and a type of Christ (Gen 14). It is significant that the victory is celebrated by the man who is a priest and a king, indeed the king of Salem, which in Semitic languages, means “peace.” Moses and Joshua lead the chosen people in many battles, and are ordered to take possession of the land of Canaan from evildoers. God charges them with a sacred mission, to kill and drive out the evildoers from the land, so that eventually Salem can become the city of Yerushalem, or “Yahweh’s Peace.” In the Old Testament, war is only for the sake of peace. It is necessary, but not for its own sake, but for peace itself.

How can we understand God ordering Abraham to kill Isaac, or commanding Joshua to kill the Canaanites? We cannot have recourse to Marcion, God is God in both testaments. We should not give in to his modern-day followers either, who seek to empty the Old Testament of its glory, editing it to make it palatable to pacifists. We then should say, with the Fathers and with Thomas, that God is the Lord of Life and Death, God is the one who chooses when men live or die, and can give that power into the hands of men, in a limited way. If that power is used justly, it is a holy deed for that man.

God again leads his people in battle, through His judges and His kings. When those men whom He has put in charge shirk their duty, they are humbled when Jewish women come forth to fight the enemy. Jael, “most blessed of women” drives a tent peg into the skull of Sisera (Jdg 5:23) and saves the people of Israel. Similarly, the great heroine Judith comes to the Assyrian general Holofernes, awaiting her opportunity to strike. When he fell into a drunken stupor, she hewed his head from his body, saving her people, who salute her with celebration: “You are the glory of Jerusalem , the joy of Israel ; you are the fairest honor of our race” (Judith 15:9). Indeed so beloved was Judith that she became a type of Mary, who hews the head of the ancient serpent from his body, by her fiat at the Annunciation. Judith was repeatedly read on Marian feasts. Mary came to be seen not as a passive vessel of God’s grace, but the culmination of all the brave women of the Old Testament, and the Church sings of her as “She who comes forth as the morning rising, fair as the moon, bright as the sun, terrible as an army set in battle array” (Sng 6:10). Fortitude is a virtue for everyone.

At the very end of the Old Testament a new military force arises to purify Israel and to return her to the proper worship of God. Mattathias and his five sons, especially Judas Maccabeus, raise a rebellion to drive out the perverters of the temple and the purveyors of idolatry. The Maccabean books were so popular, that they became the prototypes of Christian martyrdom, and they became the only Old Testament saints celebrated in the calendar of the Extraordinary form of the Latin Rite.

So God uses and permits the use of force, such permission when justly employed is good and holy, and we have a duty to retrieve the heroic exploits of the Old Testament for people today. In the next installment, I will see how this tradition elides with the teaching of Christ in the New Testament.

This is the second part of Dr. Donald Prudlo’s series Catholics & the Use of Force. See the other installments below:

battleMaccabeesMarcionOld Testament God
01 12 2016
Back to all articles