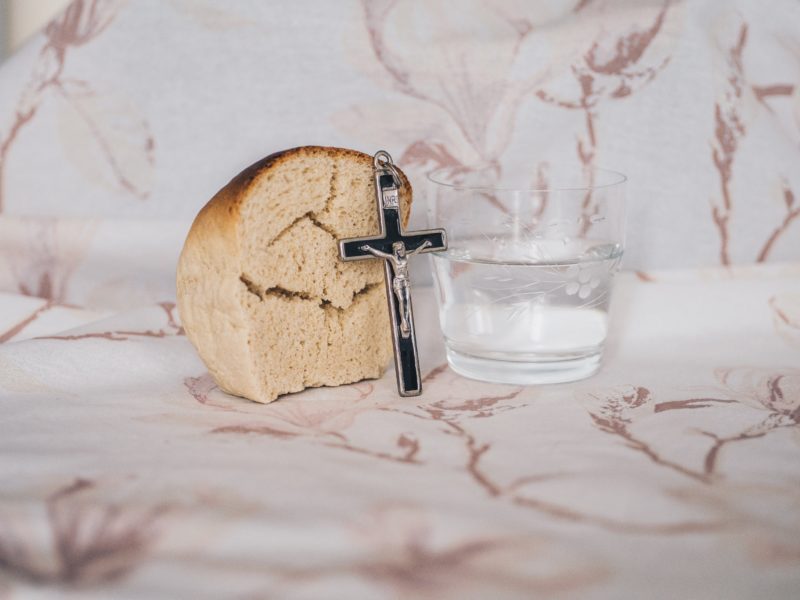 Sorry, but not sorry, for the somewhat harsh title. As the Easter season has drawn to a close, I was reflecting on penitence. During the 50 days of Easter we celebrate in the Church, we are jubilant in that our Lord has conquered death by His Resurrection. The dark days of Lent are long gone and we’ve found ourselves singing “Alleluia!” again during the Mass. But now that we come upon Ordinary Time, I found myself thinking about sacrifice. Every year during Lent we make small sacrifices so that we may offer up our sufferings to our Lord Jesus. But as soon as it’s over, it seems like all the spiritual and physical discipline we went through has been forgotten, and we as Westerners begin living decadent lives again. Now that we don’t have an obligation to give up meat on Fridays or fast on certain days, we often feel that there’s no reason to do anything “extra”. For instance, we go about our Fridays outside of Lent as if we don’t have to commemorate the day of our Lord’s Passion by making some kind of sacrifice. We forget that our bishops have exhorted us to observe “every Friday [as] a day of self-denial and mortification in prayerful remembrance of the passion of Jesus Christ.” And these sacrifices, of course, shouldn’t be limited to just Fridays, but as often as is necessary for our spiritual well-being. To be frank, many of us are living very comfortable lives in which we do not admit of suffering or sacrifice. How did things end up this way, and how can we change our attitudes?

With rampant consumerism and the whole “trying to keep up with the Jones’s” mentality in America, it’s clear that even Catholics have fallen into the trap laid by the secular world. But what if we step back for a moment? What if we step back and think about how our Lord made it clear that following Him would be difficult; that we would have to pick up our own cross. I’m reminded of a homily I heard last year from a Byzantine Catholic priest. I can safely say that he would not apologize for telling Catholic men around the country “to suck it up” when the going gets tough. My family and I had attended Divine Liturgy (the term used in Eastern Christianity instead of Mass) during the first Sunday of Philip’s Fast, so named for St. Philip the Apostle whose feast begins the fast in the Byzantine Rite. Essentially, it’s the equivalent of Advent in the Latin Rite. Just as Advent is a time of penitence and preparation for Latin Catholics, so too is Philip’s Fast for Byzantine Catholics. The main difference is that it is a bit longer and there is much more fasting entailed, such as abstinence from meat and dairy on all Mondays, Wednesdays and Fridays during the fast.

He then mentioned how saddened he was that so many Catholics are so reluctant to do anything extra, let alone, those things that they are obliged to do during times of fasting and penitence. He mentioned how he was recently talking to the newly appointed bishop of his eparchy. After serving as an auxiliary bishop in Slovakia, the bishop had been wanting to get to know his new flock more, and had asked the pastor what the deal was with the dispensation from the Philip’s Fast the Friday after Thanksgiving. Apparently, both in the past and presently, a number of Catholic bishops give a dispensation from abstinence the day after Thanksgiving so leftovers can be eaten, much like how some bishops in the United States give the faithful a dispensation from Friday abstinence during Lent if St. Patrick’s feast day falls on a Friday.

The bishop couldn’t wrap his head around this, and the pastor mentioned that he had had a hard time explaining to him why this was so. As it turns out, this bishop was one of many Catholic Christians in Eastern Europe that was persecuted during the Communist regime. To him, and indeed, to many Catholics in the Middle East today, those in the Western world live a very comfortable Catholicism. But all these people had were their faith. We here in the United States have so much more… yet we can’t even bear to continue offering up small sufferings to our Lord by fasting and abstaining the day after Thanksgiving or when St. Patrick’s Day falls on a Friday?

After relaying this story, the pastor got very worked up (in a good way), saying that we Catholics in America are, to paraphrase, lazy and ungrateful. That’s what I gathered, at least. And he’s right when he talks of us as a whole. We’ve too often embraced that “beige Catholicism” that Bishop Robert Barron has talked about. We’ve become so contented that we feel we can’t be bothered to make sacrifices. He juxtaposed this with the sufferings that many Catholics are undergoing in the Middle East. Many of whom are making the ultimate sacrifice. Just look at Chaldean Catholics and Coptic Catholics; Syriac Catholics and Maronite Catholics. They are all being persecuted from Egypt to Lebanon to Mosul. And we can’t stop ourselves from eating turkey on Thanksgiving? We, who have loads of food in our refrigerators and cupboards, can’t stop eating leftovers for one day while our brothers and sisters in the Middle East are thrown out for their homes, raped and tortured. Really? The priest continued saying that he couldn’t even begin to talk about the atrocities that happen there because of all the children in the congregation listening. He implored us to make sacrifices, both monetary and spiritual, on their behalf.

Now speaking of getting comfortable, at this point, he apparently noticed someone who was falling asleep during his homily. He then exclaimed that we’re so relaxed that we even fall asleep in Church. “Wake up!” he said to all of us. He asked us why we aren’t taking our faith seriously. Because let’s face it, many American Catholics aren’t. We’ve all been guilty of this at one point or another. We try to weasel out of anything we can from Holy Days of Obligation to the requirements of penitential periods such as Philip’s Fast and Lent. He mentioned, to the church that was packed full that Sunday morning, that a very special Holy Day was coming the following Tuesday on November 21st: the Presentation of the Blessed Virgin Mary in the Latin Rite. Because it’s not a Holy Day of Obligation, it’s typically a feast day that gets overlooked; perhaps even forgotten. The pastor demanded that the church be just as filled on that feast as it was that Sunday. He boomed in a loud voice that he was tired of the excuses; that he was tired of the church being second fiddle. Instead of saying, “Oh I can’t make church on this Holy Day because of this event”, why can’t we say “Oh I can’t make this event today because I need to go to church this evening.” We were asked to reflect on this question: Why is our Lord always on the back burner?

This was an exhortation to stop being selfish. Because that’s what happens when we don’t make sacrifices in our lives. We become lax in our other duties; both to our families and to our Lord. This is a call to penitence on all our parts. To deny ourselves the pleasures we’ve become so accustomed to. To embrace a spirit of mortification by raising the cross. As St. Josemaria Escriva so lucidly pointed out:

“Have you not noticed that mortified souls, because of their simplicity, have a greater enjoyment of good things, even in this world? Without mortification there is no happiness on earth. When you make up your mind to be more mortified, your interior life will improve and you will be much more fruitful.”

Now that we enter Ordinary Time, we should be reorienting ourselves spiritually. We can certainly still rejoice every Sunday when we celebrate our “little Easter”, but we also should realize that there will be no growth in ourselves unless we take those difficulties in life, stop running from them and “offer it up”, even if the road before us is difficult. Being baptized into Christ, we have to be strong enough to follow in His footsteps.
By: Nick LaBanca

bishopByzantinecatholicEasternfastingmortification
05 / 18 / 2018
Back to all articles