A Sense of Wonder: A Glimpse Beyond the Material World 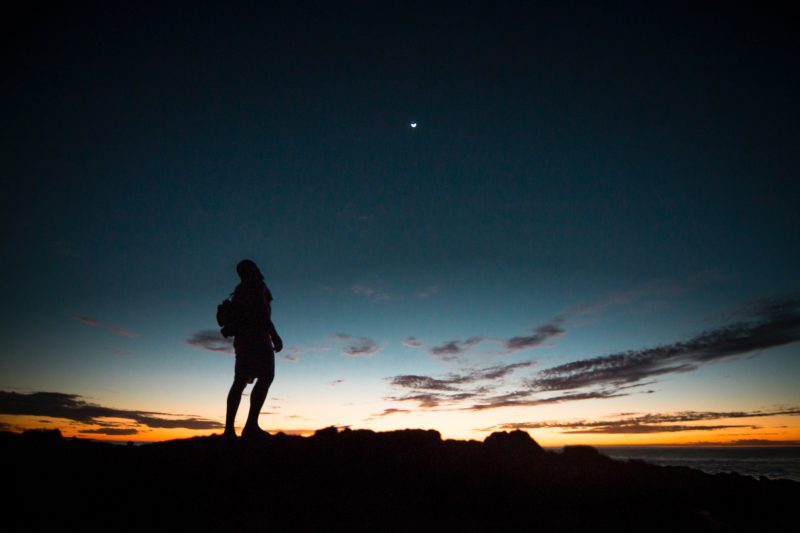 What is wonder? For me, it is the mystical essence, the underlying beauty of something grounded in the physical reality. It is a quality that transcends the five senses, and inspires an awe that cannot be owned. Wonder is not quantifiable, nor can it be reduced into rational components, as it transcends reason. It always inspires the imagination, and can only bring happiness. It can be found in anything, from the smallest life form to the solar system. Wonder, it seems, brings about humility before something that, though seemingly small and insignificant, is actually far more grand in the metaphysical sense.

Wonder is what connects the physical to the spiritual. Without it, a rock is just a rock. With it, it is that and so much more. It has shape, and texture. A mason worker sees a spot for it in a fireplace. A sculptor sees a leaping horse within, waiting for his chisel to set it free. A child sees it as something to throw into a pond to see how big of a splash it will make, or maybe test his pitching arm, or perhaps a simple gift to his mother on her birthday. That rock could be just another rock to everyone else, but to one it could mean something else entirely. Wonder transforms what something is made of to what something actually is; what the human spirit can make it into.

In this sense, wonder is also at the root of love. If we only saw things for what they are, then a man should only be concerned with himself. He need not care about anyone else outside of how they could benefit him. But then wonder comes into the picture. Wonder, when its source is another person, is called love. It goes through us, breaking all the rules of practicality. Does a man and a woman need to marry and have children? It seems like a lot of work, with little to no payoff, but we do it anyway. One may dumb this down to animal instinct, as any species has to procreate to ensure the survival of the whole. The only difference between the animal and the human is that we have a choice in the matter. We can easily choose not to have children, or worry about a relationship for that matter, but we do it anyway. We do it because we long for the wonder a lover brings into our lives. We do it for the overabundance of wonder a child possesses. There is something within the family that we cannot physically possess, and that is the wonder of love.

Its absence, in my humble opinion, is what has led to almost every collective and individual sin since the fall of our first parents, though it seems to be more prevalent today. Without wonder, we make money and power more important than morals and ethics. Love, true love, is just a fairy tale, and the fairy tale is a useless lie. We seek things not for beauty or its intrinsic values, but for its practical applications. We seek comfort, both in body and mind, and thus try to exclude anything that would hinder either. We deny ethics and order, anything that would obstruct us on our quest for comfort. Work and suffering are avoided at all costs, even though they are the very things that make us strong in mind and body (both are proven scientific facts, by the way). We have created for ourselves a false wonder, which, unlike the real thing, cannot truly satisfy us. This false wonder drains the soul, and weakens the imagination. We have traded strong minds for frail ones, minds that cannot see beyond pleasure, or answer the hard questions only wonder can.

What is worse, when something wonderful is seen as mystical in our materialistic paradigm, we decide to reduce it to something arbitrary and dull, down to mere principles and numbers. We “explain it away.” The scientist, whose profession is deeply rooted in curiosity, has suffered the most. Nearly every scientist had a sense of wonder once, inspiring imagination, fueling their abundantly curious and creative minds. They want to explore the world, and use their imaginations to try and solve many of its mysteries. But scientism, the reduction of all things to methods and explanations only, has taken the humility, the wonder, out of science. Modern science, which is built upon Christian foundations, has descended into a cold, heartless discipline, that views people as mere lab rats, indistinct from any other animal, and such should be seen and treated as just another animal, and we do not even treat animals right half the time. Greed has also crept into the realm of science, along with political agendas. As a biologist, I cannot help but feel humbled amidst the great clockwork of Creation before my eyes. But scientism, fueled by atheism, seeks to remove the wonder for the sake of pragmatism, to simplify Creation to ones and zeros, and make it dull. The search for the truth has been obscured by the false wonder of greed, conforming facts to ideals that will either earn prestige or promise profit. The quest for knowledge has become just another rat race.

Everything has been reduced to self-indulgence; to protect our passion driven society, a society with foundations of sand. Wonder is built upon foundations of stone. Wonder is the first step towards peace and happiness. It drives us to do the right thing for its own sake, not because there is something to be gained by it. It guides us to recognize that there is something beyond just survival. It is why we have musicians, artists, filmmakers, and philosophers. Without wonder, the liberal arts would not exist, and our lives would not be worth living. We as human beings are separated from the other beasts in part because of wonder.

Daniel Cerdeiras was born and raised in Miami, Florida, attended a Salesian high school and graduated from Florida International University with a Bachelor’s degree in Biology, specializing in environmental studies. He is currently a Wildlife Biologist for a Catholic high school, working as a habitat coordinator for the natural areas on campus, as well as helping with outdoor retreats for the students. Cerdeiras also enjoys gardening, fly-fishing and fly tying, carpentry, reading (particularly J.R.R. Tolkien and C.S. Lewis), writing, and beekeeping.

creationGodMaterialpurposescientismwonder
05 30 2018
Back to all articles