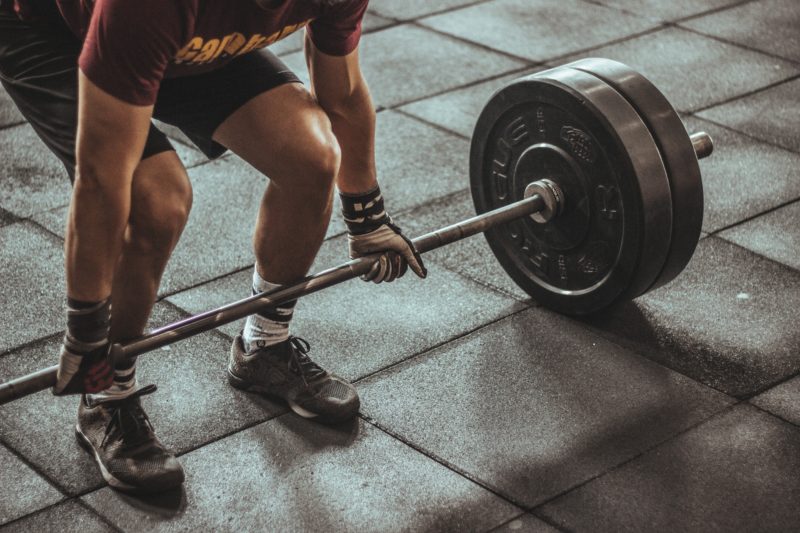 As an Olympic-style weightlifting coach this is the same approach I have to convince, plead, cajole, and maybe even threaten into my athletes. Let’s face it, the kind of person that decides a barbell is going to be a part of their life does not come to me so they can just get a little better, lift just a little bit more. They want to do extraordinary things with the barbell, but then reality sets in. It’s the long, slow process of doing the ordinary things well that leads to extraordinary outcomes.

Readers who are not familiar with Cardinal Merry del Val may have heard of or prayed the Litany of Humility, a beautiful litany that is attributed to him. He served as Pope St. Pius X’s Secretary of State and was indeed a close friend and confidant of St. Pius X. He was the son of a distinguished Spanish diplomat and member of the aristocracy. At a young age he was considered to have a delicate constitution so his parents got him involved in sports as a way to strengthen him and round out his education. Perhaps led by the inspiration and prayers of a distant relative in heaven, St. Dominguito del Val (who was crucified to the cathedral wall in Saragossa in 1250 at age 7), Merry del Val became a great sportsman, climber, and rider. But he was a spiritual athlete too. His entire life was spent climbing the mountain of Christian perfection. Often times this was quite literal, like when he climbed the 10,000 ft Mt. Boe in the Dolomites on August 20, 1926, to mark the anniversary of the death of St. Pius X. He viewed this perfection as a living and active reality.

The example of Cardinal Merry del Val, in a way only Divine Wisdom can do, taught me a better way to look at the barbell. The barbell will show you what kind of person you are. The barbell does not care who you are, what you do for a living, what kind of car you drive, or how much money you have. It does not compromise. The ordinary work has to be done. Effort, dedication, and commitment are the only things that will bring you success. You cannot fake it, talent will not keep you on top for long, and most of your victories will go unnoticed. As weightlifting has an inner and outer life, so does the life of the soul. There is a thinner veil between the physical and the spiritual than we typically think. One way to look at it is in the traditional terms of ascetical life and the mystical life.

The word ascetical comes from the Greek word to exercise or train and St. Paul frequently makes reference to the Christian as an athlete—striving, training, and struggling (1 Cor 9:27; 2 Tim 4:7-8). Growing in virtue requires all the same things that adding 20 pounds to your back squat does. Forming yourself to be willing to do the difficult and arduous things associated with a barbell will help you do the difficult and arduous things with your wife, your children, your parish, your prayer life.

Mystical theology is the other side of the coin in the way of Christian perfection. I’ve heard it beautifully described as the invasion of the soul by the Supernatural. In the early Church there was no distinction between the ascetical and mystical, they were seen as one life of holiness. Somewhere along the way the ascetical life was deemed fit for the common Christian while the mystical life was reserved for those with some kind of extraordinary charism or phenomena (think stigmatist). The caution then is this; if you are not working on your prayer life, docility to the Holy Spirit, and contemplation of the Glory of God (the end of Christian life), then no amount of virtuous acts, dedication or penance will matter. “Therefore, whether you eat or drink, or whatsoever else you do, do all for the glory of God.” (I Cor. 10:31).

The barbell has given me confidence to advance in virtue and the courage to practice meditative prayer. Understanding the process of becoming a stronger lifter helped me understand the process of growing in the way of Christian perfection. Slow. Ordinary. Work. I appreciate the process more and see it much clearer as a living and active reality. I now understand how hard the process is, and have become more willing to forgive others, seek help and counsel, and treat each ordinary, menial task as important, simply because that is the way God wants it and it will give Him Glory.

I do find it unfortunate that so many people who wrap their hands around a barbell never think of Christ and His Church and how it all could be used for the Glory of God. That is why I am encouraging you, dear reader, to grab a barbell and get to work. So many men around us already practice the ordinary things with the barbell and you could be the one to show them how that barbell could lead them to Christian perfection. In 2010, myself and 3 others carried barbells loaded with 135 pounds 400 meters on Good Friday to help our contemplation on our Lord’s passion. Good Friday this year there were over 40 men and their sons, a priest, and six seminarians participating, thanks be to God! In a world so overwhelmed with mediocrities, the greatness that can be formed by a barbell can be used to manifest and develop a man’s God given talent, genius and desire to serve all for the Glory of God, while being nourished by the Catholic Church.

Go pick up something heavy today.

Joel Raines is married with five children, living and farming in a part of the Carolina Foothills that has been home to the Raines family since the 1780s.  He is a former law enforcement officer and vice president of R.A.I.D. Corps, Inc.  He is also a strength and conditioning coach with an emphasis in olympic-style weightlifting.  Through writing and teaching about the Faith, he hopes men are inspired to grow closer to Christ and the Church.

dedicationdisciplineordinaryweightlifting
04 27 2018
Back to all articles

There Ain’t No Rest for the Idealist

How Are You Bringing Worth to Others? The Gift of Self