A Lesson from the LEGO Store: Quit Medicating Your Kids with Screentime 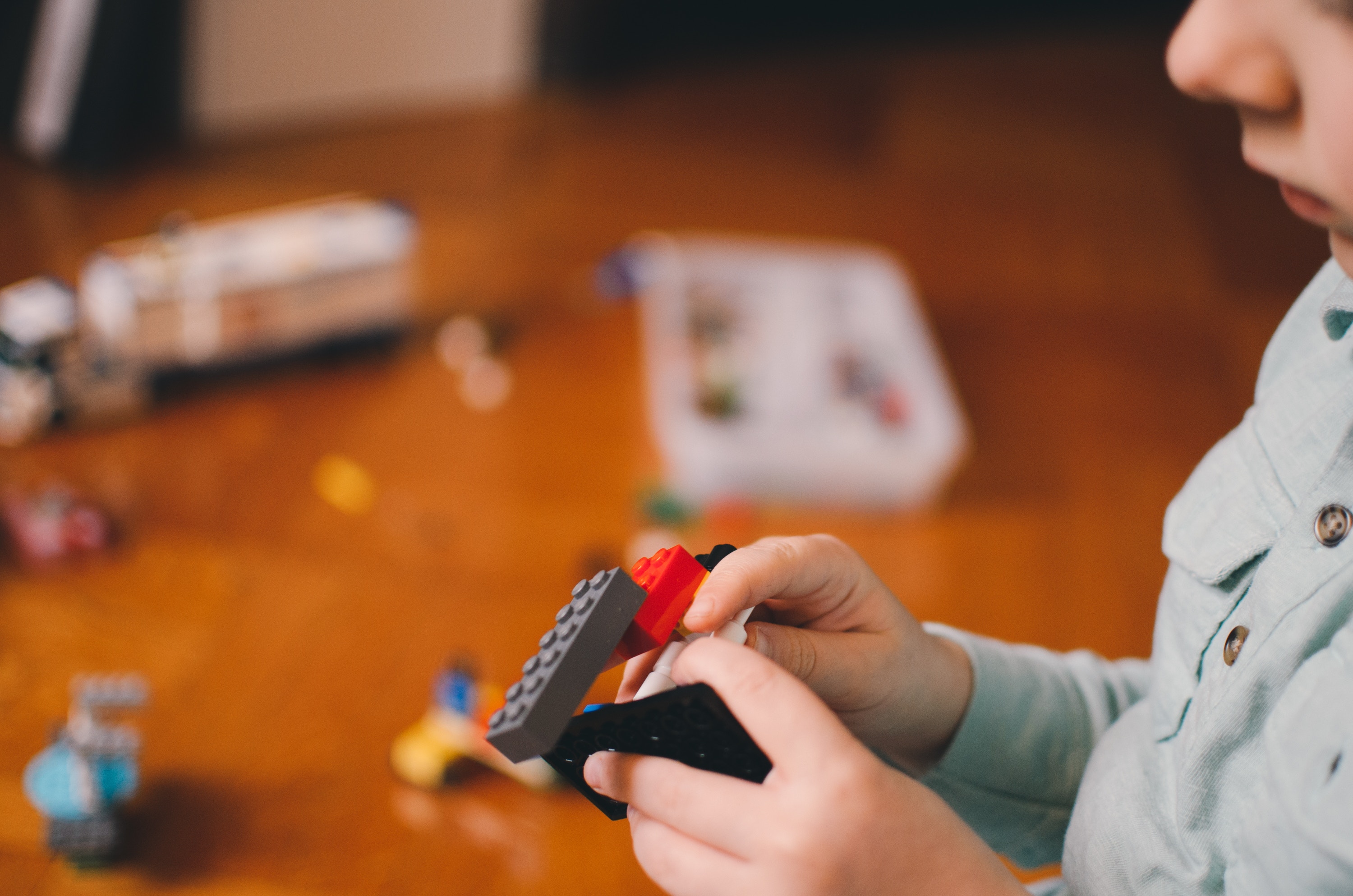 I recently witnessed something tragic in, of all places, a LEGO Store.

Things started off innocently one recent Saturday morning when I had the crazy idea to take my three-year-old and two-year-old to a nearby mall. I bravely ventured into this suburban consumer wasteland with my children for one ironic and noble reason: I simply wanted to play with them. Aside from the sheer amount of LEGOs to gawk at, a LEGO Store also provides a few opportunities to play with the tiny plastic pieces (and no cleanup required!).

For anyone who has ever played with LEGOs, a LEGO Store can be a magical place. The possibilities seem endless (though my wallet is not). My kids were nearly overwhelmed with excitement and I, too, found myself wandering around the store looking at the various displays. Who knew that small, plastic, interlocking bricks could have such a mesmerizing effect on young and old alike? Their universal appeal (aside from the bright colors and the corporate partnerships with some of the most recognizable entertainment brands in the world) stems from how the LEGO system taps into two fundamental characteristics that make us human: play and creation. It was in this environment dedicated to creativity and play that I witnessed a profound tragedy.

As my son and I were playing at one of the stations dedicated to making mini figures (he wanted to build a pirate, by the way), I overheard one of the other dads in the store – who did not seem terribly interested in the LEGOs – engaging with his young son. The son, who was probably between two and five years old, was obviously enthralled by the availability of the LEGO pieces, and was (I think) trying to convince his dad to come play with him. I didn’t catch most of the interaction, but I noticed the dad, standing a little ways back from his son, eventually said to his son: “Hey buddy, do you want to go down to the Apple Store? They have new iPads! Do you want to go play with the new iPads?”

I was too stunned to notice the son’s response. Here was a young, developing boy, clearly eager to play in the real and tangible world, yet his dad wanted to plop him in front of a screen. I think they left the store shortly after the exchange, presumably headed towards the electronics store down the hall. I was left in shock.

Now, I admit I may have missed something. I wasn’t initially paying a lot of attention to their conversation or what actions lead up to that. And LEGOs, while a great toy and immensely popular, do not hold some magical key to happiness, any more than Lincoln Logs or a slinky.

Nevertheless, I can’t imagine what would change the context of what I overheard. How many times have you witnessed parents (or maybe you’ve done this yourself) hand a device to a child to occupy them? It happens in the grocery store, doctors’ offices, back seats of cars, and even in church. Research is now showing that smartphones may have “destroyed” a generation. According to a 2015 study, children today between five and 16 years of age spend six and a half hours in front of a screen – more than double the amount in 1995.

Literature documenting the problem of children and screentime is not in short supply. However, screens are a necessary part of modern life. This very essay was typed with help from a screen, and you are reading it on a screen, so I’m not here to be hypocritical or add to the warnings. But I do want to offer a solution.

The 20th century German philosopher Josef Pieper writes in Leisure about “knowing” and how its highest form, true contemplation, is “like a gift; it is effortless and without burden.” He then includes a quote from Thomas Aquinas who references chapter eight of the Book of Wisdom: “I was with him forming all things: and was delighted every day, playing before him at all times.”

The thrust of Pieper’s work seems to be that, unlike our our modern world which overemphasizes effort and struggle, sometimes things which are “effortless and without burden” are in fact the highest forms, especially when they stem from love. What he seems to insinuate is that leisure, or “play,” is one of the highest human forms, and it should be effortless. As any parent knows though, play is not always effortless for us, so handing our child a screen appeals to our lower faculties – putting a child in front of a screen is not done out of love. We can put them in the grocery cart, hand them our phone, and shop uninterrupted. But for children, play is their “highest form.” That is when they are at their best and, as research has shown, it is when they learn the most, effortlessly. Contrarily, a child staring at a screen, even when involved in learning activities, does not learn in the same degree. Most screen-based activities are by nature passive, and are thus not true “play.” Recall the passage above from Wisdom and notice the relationship between creation (“forming”) and play. This is because when humans play well we are creators, or as J.R.R. Tolkien said, we are “sub-creators.” Play allows children to create scenarios, ideas, or even “worlds.” In this we see a reflection of God, the Divine Creator, who is playing “at all times.”

To recapture our culture requires that we recapture the hearts and imaginations of our children. We have to give them ample opportunity to create and play, and encourage them to do so. This does not mean we must force our children to be artists; nor can we overlook the necessity of other less desirable activities, such as work. In everyday life it simply means you should put down the phone, turn off the television, and play with your kids, maybe even with some LEGOs.

creationlegosPieperplayscreencultureTechnologyTolkien
09 / 06 / 2017
Back to all articles