“Get Up!”: Spring Is the Time for Pilgrimage 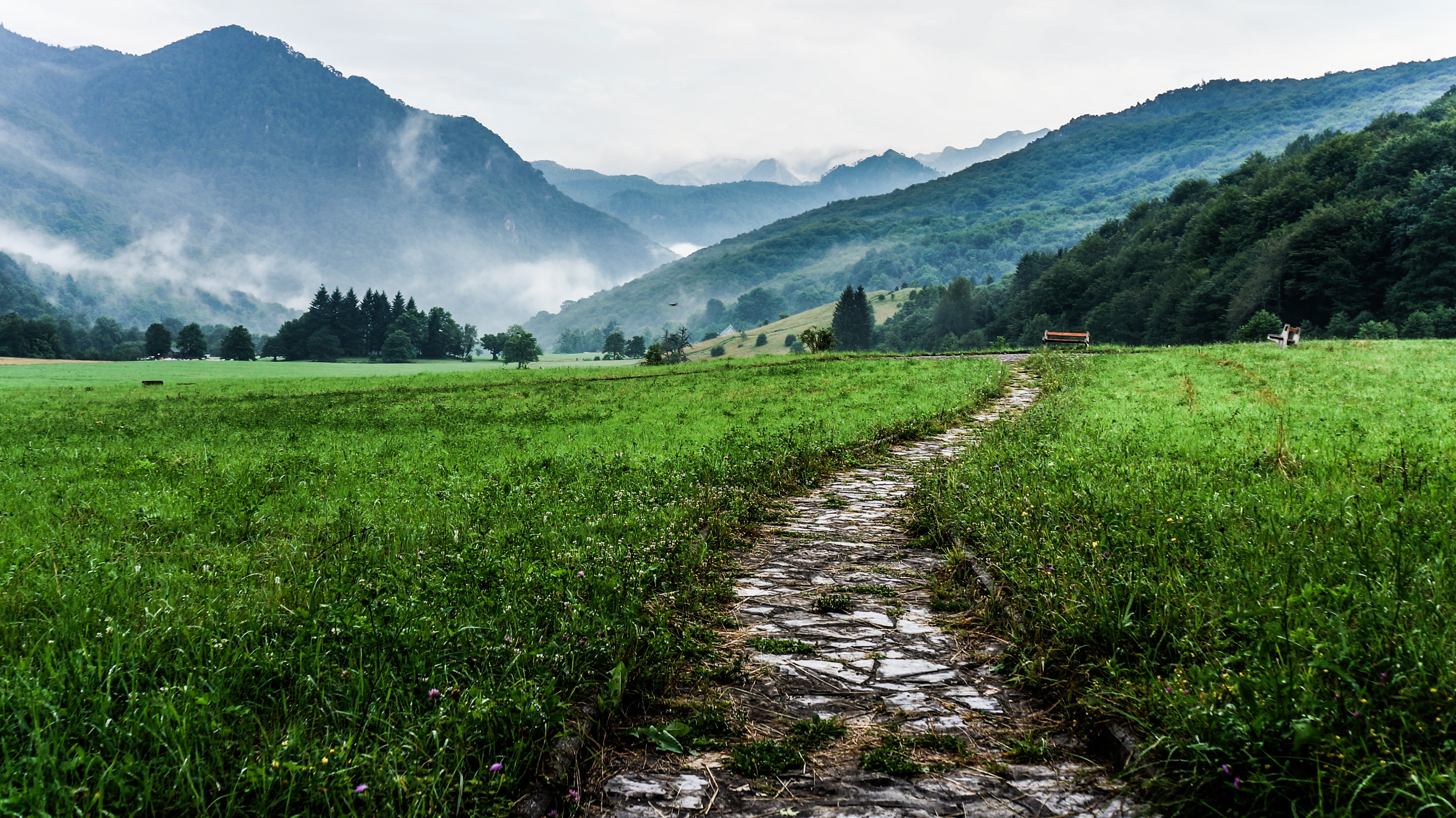 “Get Up!” These are the words of the angel, given to St. Joseph to flee to Egypt (Mt 2:13). This was no ordinary flight, but a pilgrimage by which the Holy Family relived, recapitulated the Exodus of Israel. “Out of Egypt I have called my son.” Following St. Joseph, we too are called to go on pilgrimage, giving us the opportunity to recapitulate the great moments of our salvation. The Jubilee Year of Mercy affords us even more incentive.

And spring is the perfect time for pilgrimage. Just ask Chaucer…

When in April the sweet showers fall

Though some of Chaucer’s stories may be less than uplifting, he still provides us one of the best, poetic images of pilgrimage: God’s people—the good, the bad, the ugly—joined together, sharing their joys and their sorrows, en route toward a common goal, even with their mixed motives.

Vatican II takes up the image of pilgrimage, in its Dogmatic Constitution on the Church, Lumen Gentium, referring to the eschatological journey of the pilgrim Church. “On earth, still as pilgrims in a strange land, tracing in trial and in oppression the paths He trod, we are made one with His sufferings like the body is one with the Head, suffering with Him, that with Him we may be glorified” (§7). Christ, as Head of His Body, directs his members “in their pilgrimage toward eternal happiness” (§21). In using this image, the Council seeks to show us that the status of pilgrim constitutes, in part, our Christian identity.

I’ve planned and led a number of pilgrimages for my students, spanning from New Mexico to North Dakota. In the process, I’ve come up with my own definition of pilgrimage:

A pilgrimage is a journey to seek God. It aims at a holy site or shrine which provides a powerful encounter with a spiritual reality. It usually involves hardship and can be arduous. In this extraordinary event we find an image of life itself as we embark on a lifelong, difficult journey toward our true homeland.

Pilgrimages are central to our biblical faith. Abraham set out from his home to follow God and seek a new homeland. Moses led the Israelites through the desert. Jews came to Jerusalem three times a year, once in particular, the Feast of Booths, to commemorate that wandering, along with Passover and Pentecost. Here we see how pilgrimages recapitulate the mysteries of our salvation. Jesus Himself was a pilgrim to Jerusalem for these festivals.

Pilgrimage also played a central role in Christian culture.  As a destination for Christians in the West, three key centers of pilgrimage emerged. Jerusalem was the earliest destination, and we find an account from the 4th century in a long letter from Egeria (also rendered Etheria). With the Muslim conquest of the Holy Land many pilgrims remained in Europe, traveling either to Rome or Santiago de Compostela. Pilgrimages to Rome were given a boost with the first Jubilee Year proclaimed by Pope Boniface VIII in 1300. Regional pilgrimage sites were also popular, of course, such as Canterbury (which Chaucer immortalized in literature).

Although pilgrimages began as devotional acts, they also have a strong penitential character. The Irish monks, in particular, embraced a peculiar form of pilgrimage, a self-exile from their homeland called the peregrinatio pro Christo, and mandated pilgrimage as a form of penance. In the sixth century Irish monks began forming penitentials, handbooks for penances, which they used to guide their popularization of the novel practice of private confession. Pilgrimage would have been a serious penance as travel was dangerous, time consuming, and expensive.

The Catechism still links pilgrimage to penance (§1438), as well as describing it as a popular devotion (1674) and as a form of devotional promise to God (§2101). It also describes its importance for prayer: “Pilgrimages evoke our earthly journey toward heaven and are traditionally very special occasions for renewal in prayer. For pilgrims seeking living water, shrines are special places for living the forms of Christian prayer ‘in Church’” (§2691). Pilgrimages are an important way of reminding us that we are a pilgrim people in need of renewal through contact with the mysteries of our faith and by strengthening our realization of the communion of saints. Visiting shrines in groups will also help renew Catholic culture and restore contact with many lost treasures, as well as providing times of festivity and fellowship.

It may be time for us to “get up” and go, even immediately like Joseph. We may need a new start on our prayer life, to make reparation, or to give thanks or ask for a special favor. But where should we go? There are actually many options, but here are some that I have explored. There are shrines such as the National Basilica in Washington, DC, St. Joseph in St. Louis, St. Frances Cabrini in Denver, and Our Lady of Guadalupe in La Crosse, WI. There are monasteries such as Our Lady of Clear Creek in Oklahoma and Christ in the Desert in New Mexico, as well as the old, Spanish missions of the southwest. Even though we are a fairly young country, we are starting to accumulate a good number of saints (and many more causes in the process). Even in my home area in Pennsylvania, I grew up an hour and a half from the tomb of three saints: St. John Neumann, St. Elizabeth Ann Seton, and St. Katharine Drexel.

There are pilgrimage opportunities in every state of the country, and during this Extraordinary Jubilee Year of Mercy we have many special pilgrimage sites which have been established, where we can obtain special indulgences. Pope Francis, in his letter on these indulgences, made the pilgrim nature of the Jubilee Year clear:

My thought first of all goes to all the faithful who, whether in individual Dioceses or as pilgrims to Rome, will experience the grace of the Jubilee. I wish that the Jubilee Indulgence may reach each one as a genuine experience of God’s mercy, which comes to meet each person in the Face of the Father who welcomes and forgives, forgetting completely the sin committed. To experience and obtain the Indulgence, the faithful are called to make a brief pilgrimage to the Holy Door, open in every Cathedral or in the churches designated by the Diocesan Bishop, and in the four Papal Basilicas in Rome, as a sign of the deep desire for true conversion. Likewise, I dispose that the Indulgence may be obtained in the Shrines in which the Door of Mercy is open and in the churches which traditionally are identified as Jubilee Churches. It is important that this moment be linked, first and foremost, to the Sacrament of Reconciliation and to the celebration of the Holy Eucharist with a reflection on mercy. It will be necessary to accompany these celebrations with the profession of faith and with prayer for me and for the intentions that I bear in my heart for the good of the Church and of the entire world.

This spring is a perfect time to experience the springtime of God’s mercy offered to us as pilgrims. We should take advantage of the graces of the Jubilee Year to get up and set off on a pilgrimage.

The World Does Not Honor the Housewife, So We Must

A Voter’s Guide to The Apocalypse