Can Man Be Holy & Wage War? 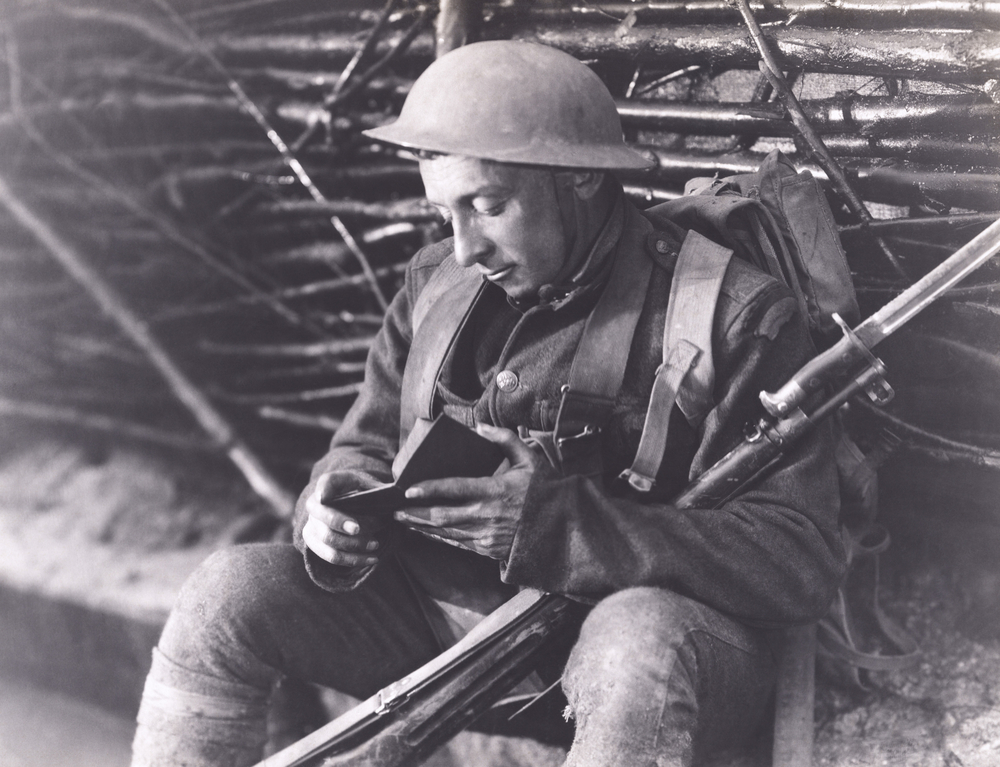 “St. Michael the Archangel, defend us in the day of battle. . . “ From the pages of the New Testament we see Michael as the leader of the armies of the Lord of Hosts. It is he who fights the great battle in heaven against Lucifer, and who casts him and his followers into the pit of hell (Rev 12:7). From the very beginning the struggle against the world, the flesh, and the devil is reckoned in military terms. This is an internal conflict to be sure, but also an external one, for the “Dragon was angry with the Woman, and went to make war with the rest of her seed.” (Rev 12:17). In this contest with infernal principalities and their human allies, the saints are the officers and standard bearers of the army of God, that Jerusalem which, while “sweet and beautiful” is at the same time “terrible as an army set in battle array.” (Songs 6:3)

We have been looking at the history of the relation of the Church to the military. The Saints are the beacons of God, strewn throughout the history of the Church demonstrating the special predilection of God for His people. The saints manifest the astonishing capacities of human nature when recreated through grace. It is instructive then to see how this privileged and blessed company approached the practices of war.

Martial language resonates through both the bible and the tradition of the Church. The “white robed army of Martyrs” rise up to praise God (Te Deum). We have met some of these previously in the section on War and the Early Church. They went to death like people marching to war, formed up in battle array (Emperor Marcus Aurelius). Many of the early Christian saints were warriors themselves, serving with honor and dignity in the Roman army, up to the times that pagan emperors demanded their sacrifices to strange Gods. They chose to accept martyrdom rather than service with dishonor. In so doing they illustrate a significant point of the Church’s teaching. Military service in uprightness and honor is no affront to God, but that when one is asked to do something unjust one must refuse, no matter the consequences. Men like St. Maurice (+287), who served with dignity, withstood the terrors of impious commanders, and exchanged his earthly service for enrollment in the heavenly army.

Other saints are more directly associated with war. The most commonly known are St. Demetrius of Thessaloniki (most venerated in the East) and St. George (in both east and west). Both suffered martyrdom during the period of Diocletian around the year 300. However that is the most solid information we have about their lives. Whatever the particulars of their stories though, the veneration accorded to them in the universal Church caused them to become two of the most famous saints in Christianity. Both of their respective legends and veneration focused on their military character. They were soldier-saints. Both were invoked by Christian soldiers for centuries. They show us that saints are drawn from every walk of Christian life, and the impressive veneration that was historically accorded to these men demonstrates that the life of a soldier need be no bar to a path towards holiness.

During the middle ages many Christian leaders appeared who were later accorded veneration as saints. Before and during the Crusades (of which a proper Catholic understanding is needed, see Dr. Thomas Madden’s article) saints made many appearances during battles, leading Christian soldiers to victory. These followed the famous apparition of the Chi Rho (☧) symbol of Christ before Constantine’s great victory at Milvian Bridge: “In this Sign, you shall conquer.” Christ’s saints followed His example. Catholic soldiers confessed and were communicated before great battles, and often experienced apparitions of saints, such as George and Demetrius leading the crusaders to victory at Antioch in 1098. Examples could be multiplied throughout the medieval and early modern worlds. From every area of Christendom there are reports of saints appearing to lead their people in desperate straits. Perhaps the most famous is the Apostle St. James, who repeatedly appeared to the Christians in battle against the Muslims of Iberia.

There were living saints too, famous for their military exploits. Powerful and pious leaders during the middle ages were accorded the highest recognition of the Church in canonization. Men such as Edward the Confessor, Henry II of Germany, Fernando of Castile, Olaf of Norway, Stephen of Hungary, and the famous Louis IX of France all lived lives of heroic holiness while attending to the duties of their royal estate, which included substantial military activities. Louis himself led two crusades, and died with an immediate reputation for sanctity. Francis of Assisi, formerly a soldier himself, accompanied the fifth crusade, not to condemn it, but to convert the Muslims by his preaching. Notable also was St. Joan of Arc, who personally led the forces of France against the occupying English. Saints like St. Genevieve of Paris and many others defended cities against marauders, and protected their people in times of war. Saints were critical to the political and military self-understanding of the Christian communities of the premodern world.

In perfect continuity with the warrior-leaders of the Old Testament, Christians understood that a cardinal aspect of political rule was the defense of the innocent from violence and in the promotion of justice. Both of these involved the necessary employment of force. Indeed the life of perfection and peace chosen by the religious and clergy of the Christian Church would have been wholly impossible without the protection of men dedicated to preserving Christian civilization on their behalf. Indeed to occupy an office charged with the care of the community — be one a king or a father — is a heavy responsibility. To abandon that community to depredations of evil men and to refuse to defend it would be the height of impiety, traducing the common good, and leading one’s people to ruin, and one’s own soul to eternal peril. God’s providence foresees the just employment of force in defense of the weak, and indeed both reason and faith demand it.

Christian saints then defend their people, in both material and spiritual senses, during the prosecution of a just war, which will be the topic of our next and final installment. What should be clear from these articles thus far is that any theology of continuity must take account of the entire salvation history of the chosen people from creation to the present day. Saints are no pacifists, for they are at the front lines of the battle to defend people’s earthly bodies, no less than in the struggle to win their souls.

This is the fifth part Dr. Donald Prudlo’s series Catholics & the Use of Force. See the other installments below: