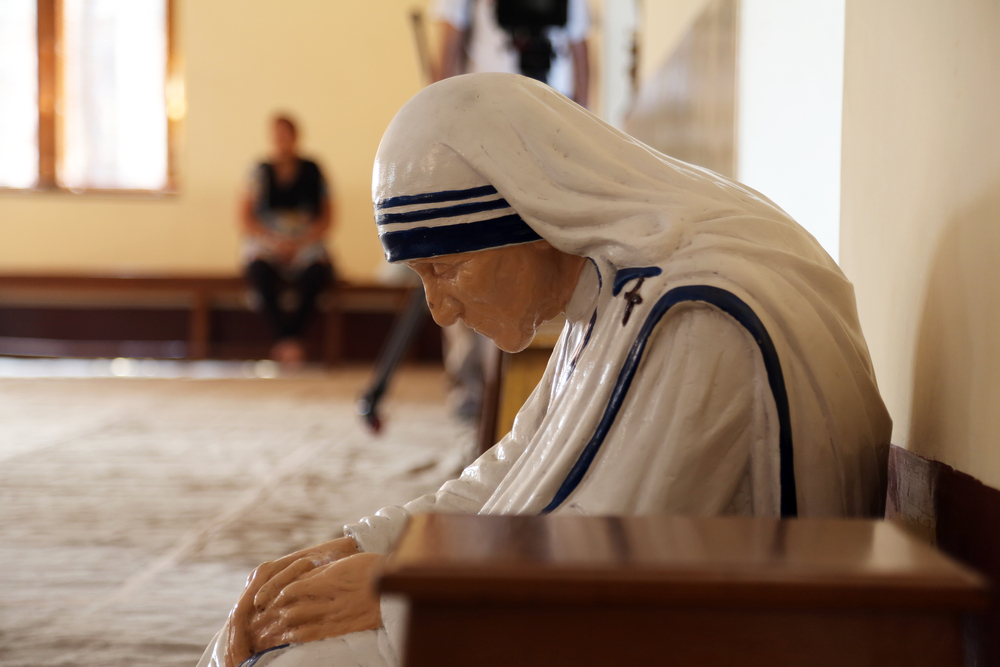 The spring morning dawned bright and clear as the sisters began yet another day serving the poor and elderly in their community. They began with Mass, said their morning prayers, and then ate breakfast as usual. The normal tasks were next: washing, cleaning, and preparing food for the residents in their nursing home. Such was the daily routine, and the sisters never complained. Each and every part of the day was an act of devotion to Christ. Every joy and every sacrifice, no matter how large or how small, was a way in which they could unite themselves with Him and His infinite love. “I Thirst” is not just a recollection of words spoken by Christ on the cross. For these sisters, it is their battle cry, their motivation, their purpose.

This exact scene plays out in convents every day around the world. But in a bustling port town in Yemen on this particular March morning this ordinary scenario became the setting for an extraordinary tragedy and extraordinary grace.

Shortly after the sisters had finished breakfast, shouting could suddenly be heard down the street. Commotion erupted at the gate. Some young men came running to warn them. Then gunfire pierced through the noise. The sisters and their staff fled through the convent. It was as they had feared: ISIS had come.

“Don’t kill the sisters! Don’t kill the sisters!” shouted one of the cooks. But it was a futile effort, and she was soon killed by the unmerciful terrorists. The priest who had offered Mass moments ago heard the screams and instantly knew what he had to do. Instead of escaping to safety, he hurried to the tabernacle and consumed what hosts he could, dissolving the rest in water so the terrorists would not be able to desecrate Our Lord’s Body in the Eucharist.

The sisters had scattered throughout the convent, but the terrorists found them – all but one, that is. They tied the captured sisters to trees, shot them, and smashed their heads in the ground, perhaps as an act of defiance to the prophecies of scripture. Not satisfied with killing, the terrorists then sought out the religious articles – the crucifix, lectionary, tabernacle, and statues were all destroyed. The priest was taken hostage, no doubt as a trophy for these ignoble killers.

If you do not already recognize the story, this was the scenario that played out on Friday, March 4th, 2016, at the convent of the Missionaries of Charity – otherwise known as Mother Teresa’s nuns – in Aden, Yemen. Sister Sally, the lone surviving sister, who only escaped by the grace of God, related her story to another sister whose handwritten notes have since been shared around the world.

The three pages of simple, scrawled notes, full of brutally graphic detail, are a profoundly inspiring testimony for any serious Catholic. So powerful is the witness contained in the words that if they have not been already they ought to be preserved by the Vatican or by another Catholic entity for generations to come. Truly, the testimony is the stuff of legend. Consider this one short line:

Sr. Sally told Sr. Rio that Fr. Tom tells them every day, “Let us be ready for martyrdom.”

What better example of radical trust in divine providence could there be? Consider another excerpt:

Sr. Sally told Sr. Rio she is so sad because she is alone and did not die with her sisters. Sr. Rio told her God wanted a witness and told her, “Who would have found the sisters’ bodies and who would ever tell us what happened? God wants us to know.”

Those words should send chills up the back of any mildly astute Catholic, as they did mine when I first read them. We can only imagine what this sister went through – the terror, the shock, the horror, and the tragedy – but we know that despite the tragedy God’s hand was present. We know that millions of people, Catholic and non-Catholic alike, will know their story. Presumably because of this story Catholics around the world are presently re-committing themselves to their faith, more ready than ever to defend it and die for it. We should also pray that non-Catholics who hear of this story are inspired by the Holy Spirit to seek Christ’s undying love. In short, the sacrifice of those sisters, and that one sister who was able to live to tell about it, are winning souls for Christ. That is an outcome those terrorists could never have imagined; it is an outcome that should give us hope.

The challenge is to hear the story of these Missionaries of Charity and not allow ourselves to be unmoved by it. The situation we face in much of the Western world is more subtle, but no less real than what our Christian brothers and sisters have to face in the Middle East. In the United States of America today we are blessed that we do not have to fear widespread physical violence and death because of our beliefs. But we are facing legal and spiritual persecution, and martyrdom, for our faith. How many Catholics are mocked, ridiculed, and scorned on a daily basis? The Little Sisters of the Poor and many other Catholic organizations are currently facing heavy fines for not complying with the government’s contraceptive mandate. What will the Sisters do if the Supreme Court does not rule in their favor? We do not know. A form of martyrdom may be necessary.

This idea of martyrdom is an idea at odds with our cozy, 21st century Western culture; a culture which focuses so much on self-preservation and comfort. But, my fellow Catholic men, we must “be ready for martyrdom” no matter what form it takes. We are called by Christ Himself, in no uncertain terms, to give up everything, even our lives, for Him.

“If any man will come after me, let him deny himself, and take up his cross, and follow me. For he that will save his life, shall lose it: and he that shall lose his life for my sake, shall find it.” (Matt. 16:24-25)

Most men in Western countires will not have to physically die for our faith. But as Catholic men, we should ask ourselves: How can I die to myself on a daily basis? Am I dying to myself for my co-workers, my family, my children, or my wife? Am I seeking to give my life unconditionally to Christ through my daily actions? Our modern world offers an unspeakable number of temptations that were simply unthinkable in past centuries. Every temptation towards sin is also an opportunity to die to ourselves, for where sin abounds, grace abounds.

The martyrs in Yemen are an inspiration and a testament to the power of radical trust in Christ in the face of unspeakable horror. We should consider prayerfully what happened in Yemen; how those four Missionaries of Charity Sisters and their helpers were cruelly murdered while simply following the example of Christ in caring for the poorest of the poor & elderly that no one else wanted to care for. Let us pray for an end to such violence, but let us also pray that each day we can offer our lives for Christ and in this way prepare for our own martyrdom, whatever form it takes. Each day that we resist the temptations of the world we can die a little bit more to ourselves and live more for Christ, for “it is in dying that we are born to eternal life.”